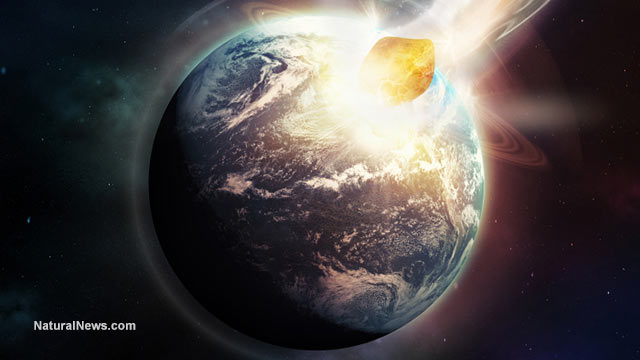 An asteroid strike on planet Earth has been the stuff of hit science-fiction movies, in which devastation and death was widespread. In reality, the last known asteroid/meteor strikes occurred tens of millions of years ago, when the planet was far-less crowded.

A strike today, however, would be catastrophic no matter where it hit. And scientists believe it is not a matter of if, but when.

In recent days, a pair of federal agencies, NASA and FEMA, conducted an exercise simulating an asteroid strike on Los Angeles. As reported by The New York Times, the agencies were tasked with considering the devastating consequences of a 330-foot asteroid slamming into earth near a major metropolitan area.

The simulation projected a worst-case blast wave by an asteroid strike in 2020 that could level structures across 30 miles, require a mass evacuation of the Los Angeles area and cause tens of thousands of casualties.

Up to one million potential objects out there

In the hit 1998 movie, “Armageddon,” a rag-tag group of geologists and oil-drillers were sent on a mission into space to land on a fast-approaching asteroid, drill a hole deep into its core and set off a nuclear weapon. But NASA and FEMA officials say that kind of theatrics isn’t very plausible in real life.

Fortunately, according to astrologists who track some 659 large asteroids, there is little chance one of them would strike the earth within the next century, said Paul Chodas, the manager of NASA’s Center for Near Earth Object Studies, told the Times in an email.

The center is reliant upon several telescopes like the Catalina Sky Survey at the University of Arizona’s College of Science to track comets and asteroids that are potentially hazardous. These bodies are leftover fragments from the formation of planets and they can come dangerously close to Earth, the Times noted.

Chodas said of the 659 bodies currently being tracked, “none pose a significant threat over the next century, either because the probabilities are extraordinarily small, or the asteroids themselves are extremely small.” That said, Chodas noted further that it was important to continue searching for and tracking asteroids in the event one begins heading for Earth.

Others, like the organizers of Asteroid Day, believe there could be as many as 1 million objects in space that could strike earth, and that only about 1 percent have been discovered.

Either way, hence the Oct. 25 NASA/FEMA exercise, which was conducted in El Segundo, Calif. The simulation projected a strike in 2020, and while a four-year warning might seem like plenty of time to prepare or prevent, experts say it probably would not be enough to deflect an asteroid of the size laid out in the simulation.

Chodas said that engineers believe the best way to deal with pending strike is to build a “kinetic impactor” spacecraft and ram it into the approaching asteroid years before it is projected to hit Earth.

He added that it could take as long as two years to build the impactor and another year after launch to reach the approaching asteroid. So, in the case of the October simulation, an evacuation was necessary instead of a “deflection mission.”

Thomas Zurbuchen, associate administrator for NASA’s Science Mission Directorate in Washington, D.C., said it is “not a matter of if, but when we will deal with such a situation,” the UK’s Metro reported.

But never before in the history of the human race have we had the ability to respond to an impact threat, he added, noting that continued observations, prediction models, response planning and mitigation were all being used in combination to decrease the threat.

The Metro reported that in the simulation, astrologists were observing and tracking an asteroid they predicted had a 65 percent chance of striking the Earth, but then could not observe it for four months because of its relative position to the sun.

When it reappeared, it was then on a 100-percent impact trajectory, which lead to a rapid evacuation of Los Angeles.

NASA Prepares for Asteroid Impact Within the Next 2 Decades: “It’s Going To Happen”