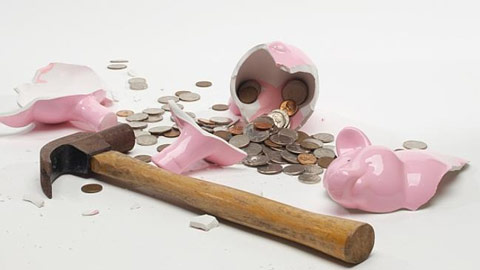 The $1.01 trillion spending bill being moving through Congress right now includes some new provisions that may come as a shock to millions of American pension holders. In a bipartisan deal that also included leaders of unions and retirement fund management companies, pension recipients who depend on the money promised to them during their working years may see significant cuts to their monthly disbursements.

There have been Senate hearings, exploratory committees and rumors over the years, but nothing had ever really been legislated so most Americans simply ignored it as another one of those “conspiracy theories.”

The measure, attached to a massive $1.01 trillion spending bill, would alter 40 years of federal law and could affect millions of workers, many of them part of a shrinking corps of middle-income employees in businesses such as trucking, construction and supermarkets.

“We have to do something to allow these plans to make the corrections and adjustments they need to keep these plans viable,” said Rep. George Miller (D-Calif.), who along with Rep. John Kline (R-Minn.) led efforts to hammer out a deal.

The idea is reluctantly supported by some unions and retirement fund managers who see it as the only way to salvage pensions in plans that are in imminent danger of running out of money.

But it also has stirred strong opposition from retirees who could face deep pension cuts and from advocates eager to keep retiree pensions sacrosanct, even in cases when funds are in a deep financial hole. The advocates argue that allowing cuts to plans would open the door to trims for other retirees later.

“We thought our pension was secure,” said Whitlow Wyatt, a retired trucker who lives in Washington Court House, a small city in central Ohio. “That was always the word. Now they are changing that.”

Millions of others think their pensions and 401K’s are secure too. But they’re not.

As we noted back when these types of drastic measures were just a twinkle in the eye of government planners, there is a coming destruction of U.S. pensions as cities, states and even the Federal government scramble to figure out how to balance budgets that have been over bloated by billions of dollars.

During the boom times of entitlement spending and government largess leading up to the financial crisis, local governments that include cities and counties spent their share of forward earnings as well. And now those uncontrolled fiscal policies are coming home to roost.

For those Americans who have worked for decades with the hopes that their pensions, health care and other benefits would be there when they retire, we offer a glimpse into what the future may hold.

“We knew that debt and unfunded pension obligations were serious problems at the state and federal level and assumed that a similar pattern would follow at the local level. But, quite frankly, I was stunned by the depth of the crisis for local governments,” said Pappas.

But it’s not just pension funds that will be targeted. Though the latest spending legislation doesn’t specifically target 401(k) plans and traditional IRA’s, the groundwork for a retirement stopgap has already been laid by Congress. Should we experience another financial event there is a real possibility that pension funds will see their portfolios collapse. In such a scenario the government will likely move very quickly to ensure that pensioners continue to receive their benefits.

But where will the money for that come from?

Why, from private retirement accounts, of course.

The hearing, held in the Labor Department’s main auditorium, was monitored by NSC staff and featured a line up of left-wing activists including one representative of the AFL-CIO who advocated for more government regulation over private retirement accounts and even the establishment of government-sponsored annuities that would take the place of 401k plans.

“These people want the government to require that ultimately all Americans buy these government annuities instead of saving or investing on their own. The Government could then take these trillions of dollars and redistribute it through this new national retirement system.”

But the government can’t legally take over an entire multi-billion dollar industry, right?

Well, up until recently that may have been true. But what Obamacare has proven is that not only can they take over, they can compel you by force to purchase these services. And this is exactly what they are planning with private retirement accounts.

But don’t worry, this is for your benefit. You need saving and the government is happy to oblige:

Watch: Buyer Beware: Do You Really Think Your Retirement Money Will Be There When You Need It?

The push to seize and centralize retirement accounts has begun. This is happening. It’s happening right now. Soon, we’ll all be on the same “bronze” or “silver” government mandated plan. And, if their management of Social Security benefits are any guide, then America is in for a rough ride.