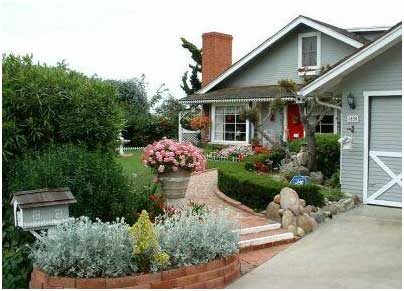 Want to own your own home, but stuck, temporarily, renting until you can? You aren’t alone.

The 2008 financial Armageddon was in larger part a result of the housing bubble bursting. Thanks to the subprime mortgage scandal, millions of homeowners were put in homes they couldn’t afford, making the awful game of musical chairs an inevitable and tragic charade.

Maestro to the musical chairs was Goldman Sachs, who unbeknownst to the public, was selling toxic securities for risky mortgages, while secretly betting on the collapse of the housing market. According to McClatchy:

In 2006 and 2007, Goldman Sachs Group peddled more than $40 billion in securities backed by at least 200,000 risky home mortgages, but never told the buyers it was secretly betting that a sharp drop in U.S. housing prices would send the value of those securities plummeting.

Everyone was swept up in the chaos. Goldman Sachs and the other banks got bailed out. The public absorbed the costs, and the Federal Reserve set out on the biggest intervention since World War II.

Now, Wolf Street is pointing out the effects for today’s housing market:

The housing market has been healed by the Fed’s bold actions, we’re told incessantly…. Prices have soared over the last three years, and in some cities, like San Francisco, they have soared far beyond the prior crazy bubble peak. So we admit grudgingly that the Fed’s six-year money-printing and interest-rate-repression campaign, designed to inflate every asset price in sight even to absurdity, has worked.

However, an essential element in a healthy housing market – people who actually live in homes they own – has been dissipating. The homeownership rate peaked in 2004 at 69.2%. It was during the prior housing bubble. Speculative buying drove up prices beyond the reach of many potential buyers.

The American Dream is dissipating at a record pace, Wolf Richter argues:

Homeownership in the fourth quarter dropped to 63.9% on a seasonally adjusted basis, the lowest level since Q3 1994, according to the Commerce Department. In all of 2014, homeownership plunged by 1.2 percentage points, the largest annual drop in the history of the data series going back to 1980.

The collapse of the American Dream is accelerating. This is what the “healing housing market” looks like in one heck of a relentless chart. Note the record-setting plunge in 2014: That’s because home owners, particularly first time buyers, are being priced out and pushed way, while renters – in both apartments and homes – are rising.

Since 2008, homeownership has been fading in all age groups. But in these two age groups, it plunged respectively 6 points and 7.9 points!

And the bitter irony in the report? The vacancy rate in the rental market dropped to 7.0%, the lowest since 1993. America is turning into a country of renters.

Worse, the wolves on Wall Street have pushed this trend deliberately.

A host of speculators, private equity firms and Great White sharks have taken their free and cheap money – printed and handed over to them by the Federal Reserve – and used it not only to drive up single family home prices, but to buy them up and force more and more people to choose renting instead of owning!

The nearly free money the Fed has graciously thrown toward Wall Street since 2008 has fallen on fertile ground. Private equity firms, REITs, and other Wall-Street-funded institutional investors of all sizes have plowed hundreds of billions of dollars into hundreds of thousands of vacant single-family homes, took them off the for-sale inventory, and moved them over to the for-rent inventory.

This powerful buying spree by mega-landlords, concentrated over a three-year period in select markets has driven up prices and pushed out potential home buyers.

But these potential home buyers can rent these homes now. An apartment building boom has offered alternatives too, often in central locations, rather than in distant suburbs, reducing commutes and fuel costs and allowing people to live near the urban excitement. Millennials have figured it out too.

Good thing, if you never wanted to own a piece of the American Dream, since people are being concentrated into the cities anyway. Smaller square foot places, more single people, more dependent than ever on the mega-landlords – who now are trending towards dominating the housing market.