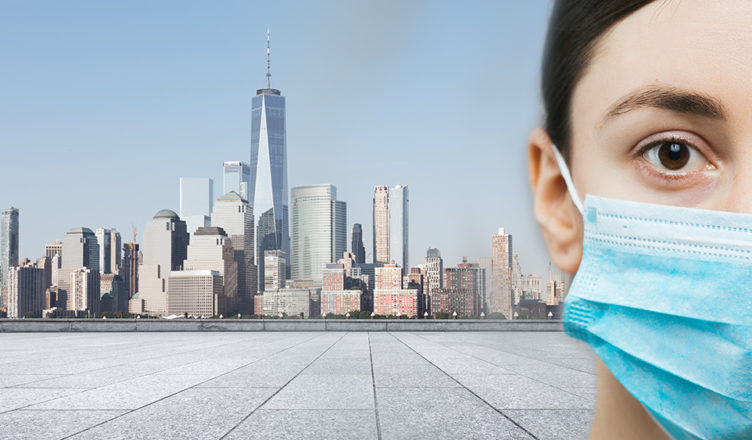 By far, most cases of the Wuhan coronavirus (COVID-19) in America have occurred in states along both U.S. coastlines, but one of them — New York — has emerged as the U.S. “epicenter” for the disease.

As reported by CNBC, New York City now accounts for nearly half of all coronavirus cases in the country.

According to World Meters, which tracks the virus’ spread in the U.S. in real time, as of this writing there were nearly 25,000 cases of coronavirus in the country; almost 12,000 of them are in New York, where there were 3,247 new cases diagnosed within the previous 24-hour period.

Included in the NYC total, the financial news network reported, are 53 NYPD officers, according to city officials.

“We are now the epicenter of this crisis,” NYC Mayor Bill de Blasio told reporters Friday, when the number of confirmed cases only stood at about 5,200.

The mayor said he’s been warning people that the city will run out of protective gear for medical workers in two or three weeks if cases keep rising at this rate.

“If you feel afraid, you’re not alone, if you’re anxious you are not alone,” he said. “New Yorkers are so strong. There are other places in this country this might be a particularly shock to the system, but here … we are tough people by nature.”

The mayor, who has issued orders for New Yorkers to stay inside if at all possible, said if they must venture out to keep six feet away from other people. He also said that for now the city won’t be approving any permits for events or sports in parks, though people can still use them.

Meanwhile, New York Gov. Andrew Cuomo has issued a similar lock-down for the entire state. He said Friday he believes that coronavirus cases will likely peak in about 45 days, but CNBC did not say what information he was using as a base for his estimate.

‘This is the most drastic action we can take’

While cases skyrocket in New York City, health officials working with state and local government agencies are scrambling to find needed supplies and extra hospital beds. Cuomo said he believes that eventually there will be as many as 110,000 people hospitalized at the virus’ peak, but the state only has 53,000 hospital beds. (Related: 6 Natural ways to strengthen the immune system amid the coronavirus outbreak.)

In his order, Cuomo instructed non-essential businesses to keep 100 percent of their employees working from home. He also put in stringent new restrictions on NYC residents that begin Sunday.

Overall, according to The Epoch Times, more than 70 million Americans have been ordered to remain at home under various restrictions and emergency declarations issued by governors and mayors around the country.

“I fully recognize that in some cases I am choosing between saving people’s lives and saving their livelihoods,” Illinois Gov. JB Pritzker said Friday when he issued an order for residents to remain at home as much as possible. “But ultimately, you can’t have a livelihood without a life.”

The moves were praised by Dr. Anthony Fauci, the director of the National Institute of Allergy and Infectious Diseases (NIAID), during a press conference in Washington, D.C.

“We’ve been very successful in doing that with China and with Europe. Now we have the northern and southern border issues,” he said. “There’s a fundamental public health reason for doing that, because we cannot be preventing people from coming in from one area when they can actually go into the other.”