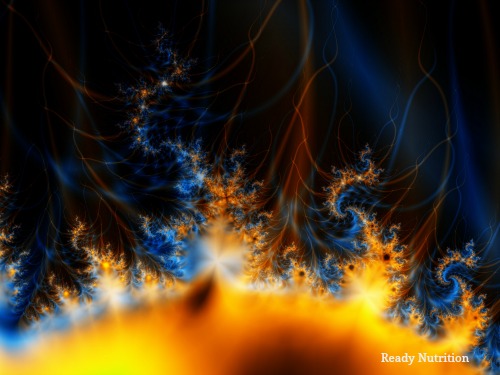 We have a major event happening on the sun at the moment.  NASA does not believe there will be a problem…but there may be one, and that is all the clue that one needs at times.

The Solar Dynamics Observatory spacecraft run and maintained by NASA found a coronal hole, an enormous dark region that is pervasive on the sun’s surface.  A coronal hole is an area of the sun’s “atmosphere” that is characterized by extremely low density, in a nutshell.  They have lowered temperatures in comparison to the rest of the sun, and they present an appearance that is darker than the sun’s surface.

These areas are caused by gaps in the magnetic field of the sun.  NASA has been downplaying this, but this is the statement that is almost a caveat, a complete 180-degree turnaround from their “don’t worry” posture and their lack of any substantial warnings on the matter:

Doesn’t that remind you of the friendly “Heat Miser/Mister Sun” from “The Year Without a Santa Claus?”  Akin to a “friendly, smiling sun” just blowing some solar particles our way?  I assure you, what NASA described in the highlighted sentence is a Coronal Mass Ejection (CME), and it is not some friendly space-dust traveling to earth as a glowing kiss.

On September 1, 1859, scientists and observers noted a discharge from the Sun, and on September 2 that discharge actually hit the earth.  This solar discharge was known as the Carrington Event, and it had worldwide effects: telegraph lines and basic electrical circuits were fried.  If the event had happened today, it would have knocked out all of the electrical and computer systems on the Earth and thrown us back to 1859, literally.

Huge amounts of electrical and magnetic particles are thrown into space, and when this occurs in force it can have devastating effects on the power grid systems and not leave us adequate time to prepare.  One occurred as recently as 2003 with almost catastrophic effects in Canada and Upstate New York as the power there was knocked out for several days.  That CME was nowhere near the size of the one that occurred during the Carrington Event.

There are those who have gone as far as to predict a CME may occur on or before July 29; however, the important thing is not so much to prepare for it (we are already preparing) but to be aware that something may occur.  Faraday cages will shield your electronic equipment if something should happen.  It also wouldn’t hurt to monitor NASA’s website as well as others that report on solar activities and anomalies.

The bottom line: Just because the “experts” claim there is no danger does not require you to follow their claims!  The point is to be aware and be alert.  A professional, licensed captain piloted the Titanic; an amateur (Noah) piloted the Ark.  The pros don’t always know, so it’s up to you to be the pro in this department.  A master of all trades, wearing many hats; time to put on the astronomer’s cap.  In any event, keep fighting that good fight and don’t ever let your guard down, even when the experts say it’s safe to do so.  JJ out!