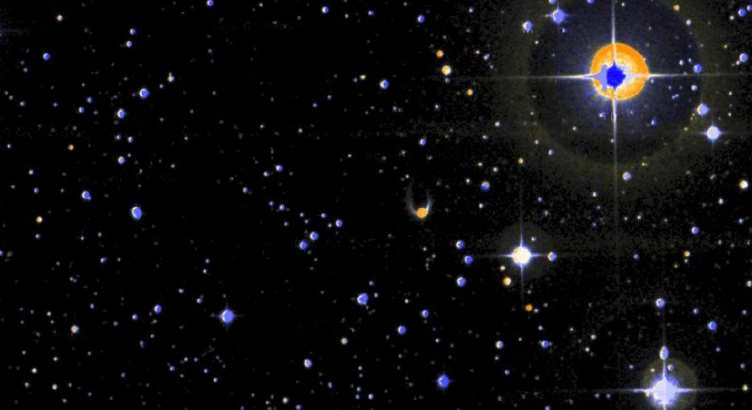 It has been an interesting week for the pseudo-science and quasi-astronomical communities. Armchair astronomers predicted that on September 23rd an asteroid would strike Earth with the force of ten thousand nuclear weapons. Of course, the planet remains intact, and no asteroid leveled the precious word on which we live. However, Earth remains in grave danger, and the greatest crisis humankind has 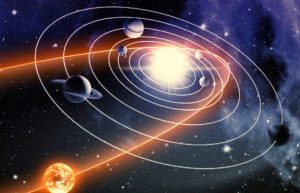 ever faced looms ahead in the not so distant future. The coordinates for the Nibiru system—a brown dwarf star and seven orbiting planets—have been revealed and confirmed. This space-born menace, which imperils the Earth every 3600 years, is currently swinging around the dark side of the sun; it has obtained breakaway speed and is hurtling toward our inner solar system at approximately 27,600 miles per hour. Gravitational eddies might slow it down or speed it up, but Nibiru is rapidly moving toward our beloved world.

For over three decades, the government has cajoled and extorted the mainstream media into concealing a threat that even the craven human being can ill afford to ignore. Despite the government’s war against whistle-blowers, the location of the Nibiru star system and its viewing coordinates are now public knowledge, thanks in part to a dedicated team of truth-seekers working in conjunction with ostracized NASA scientists.

A seminal force in the astronomical community has emerged from the shadows and broken silence to confirm what Nibiru researchers have long suspected: the dark star is in our neighborhood, and it’s getting closer each day.

Dr. Ronald Shimschuck, a former NASA scientist and M.I.T. graduate, has risen from the grave of scientific obscurity to provide alarming information regarding the Nibiru star system. Earlier this year, this website conducted several interviews with Dr. Shimschuck, many of which were circulated across websites across the scientific and political spectrum.. Unfortunately, Dr. Shimschuck’s life took a tragic twist. The powers that be 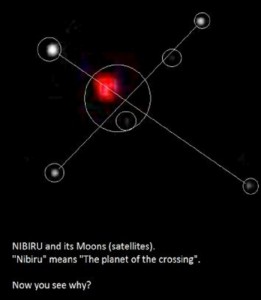 got to him; he was subdued and abducted during a scheduled interview with YouTube truth-seeker Steve Olson. Speculation on Dr. Shimschuck’s fate ran wild across the blogosphere, with many people assuming he had been captured or killed. Until the other day, we, too, assumed the worst—even though a website titled drshimschuck.com mysteriously appeared days after his disappearance in May. A few days ago, Dr. Ronald Shimschuck reached out to Someonesbones, eager to provide information that might preserve human life. He declined to provide details on his abduction or subsequent escape, but wanted to speak about Nibiru’s arrival.

“First, I must state that the website drshimschuck.com is not mine, nor do I employ anyone to post on my behalf. As you have guessed, I think the CIA or NSA to discredit my good name created this website. That is not why I have chosen to talk. There is important information the public needs to know about the Nibiru system. Time is short, the time is now,” Dr. Ronald Shimschuck said. “No, no, I will not talk about the events that lead to my kidnapping in Tbilisi. That is no longer important. What is important is that Nibiru is near and people have the right to know. Yes, I think they have the right to know.It would better, much better. I have seen the leaked coordinates, and I can say with some certainty that they are accurate.”

A few days ago, coordinates for the elusive Nibiru system appeared on the internet, initially released by unknown parties in a complex, quadrilatic code. A hacker group identifying itself as “NIB25X” deciphered the code and posted Nibiru’s present location to social media sites.

Dr. Ronald Shimschuck spotted the coordinates on social media and declared them to be authentic.  “When I saw the decoded coordinates, I knew someone had stumbled onto something…something dangerous,” Dr. Shimschuck said. “Whoever leaked this information did so at great peril. Revealing the location of Nibiru was an act of sheer bravery. How they got this information, I do not know. But the coordinates very closely match a predicted flight path I saw at NASA. Additionally, I noticed the posts quickly disappearing from forums and discussion groups. The government must have quickly realized what had been leaked, and was desperate to stop it.”

But the government and its sinister associates acted too late; within hours, the coordinates spread like wildfire on the information super highway. Across the ocean, 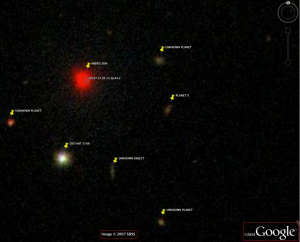 other governments heralded the disclosure. Russian Ambassador to the United States Vitaly Churkin called the event a “pivotal moment in history.”

“I am surprised Obama did not use the internet kill switch,” Dr. Shimschuck said. “When additional evidence surfaced the following day, it was too late for them.”

That additional evidence substantiated the previously posted coordinates: Google maintains an application called Google Sky, a program that allows users to view computerized images obtained from NASA satellites, the Sloan Digital Sky Survey, and the Hubble Telescope. A series of grid squares map out the known universe. In early 2012, radical astronomers and Nibiru researchers accused Google of manipulating the application to conceal Nibiru’s known location.  Google—an arm of the Obama administration—accomplished this by “blacking out” grid squares. Google denied the allegations, citing technical issues as to why certain areas of the sky could not be viewed.

Last week, however, a suspected hack uncovered the grid square of Nibiru’s alleged present position, revealing a winged planet, surrounded by iron oxide dust, exacted as depicted by Sumerian scholars and Zecharia Sitchin. The image bore a striking resemblance to photographs leaked by “NibiruShock” in 2010.

“This is the Nibiru system,” said Dr. Shimschuck. “The Earth is in peril.”

Dr. Shimschuck says one still needs optimum viewing conditions and sensitive astronomical equipment to properly see the Nibiru system, but within time the essence of Nibiru will be visible to anyone with a good pair of binoculars.

Generally, most people are optimistic. This makes them unprepared for failure. However, the best thing is to prepare for worst times. It is important to tell your kids about earthquakes, fire outbreaks, extreme weather conditions and other calamities. Tell them how to deal with these calamities in case they occur.Learn more here: The Lost Ways-Saving Our Forefathers’ Skills 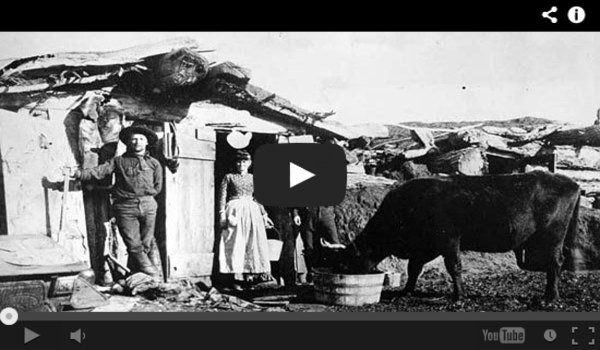