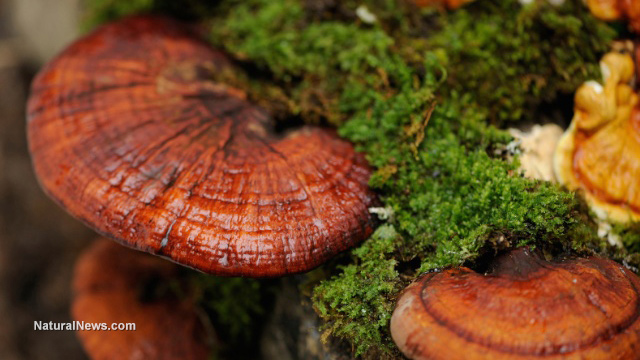 Are you a health nut? Why not? What’s stopping you? Do you think that it’s illegal to cure diseases with food, or is that just what you read in JAMA — The Journal of the American Medical Association? Maybe you saw some label that the FDA slapped on an organic product which says food can’t claim to cure any disease or disorder — yes — that was probably it. That’s because the only way to patent US “medicine” and make a fortune is to combine in a lab synthetic chemicals that cause horrific side effects, then pay the FDA millions to approve it. Unfortunately, that method also involves selling your soul to the Medical Mafia, who control you and perpetuate the “fake war” on cancer — the one that actually mutates MORE human cells and leads to an early grave. Do you want to participate in THAT?

So without further adieu, here are nine cures for cancer proven by people who had cancer but no longer do! Shhhh! Don’t tell the Medical-Industrial Complex.

1. Turmeric — Most turmeric sold in America suffers from high lead content and a high count of microbes. By purchasing cheap turmeric, you could actually be increasing the heavy metal toxins and bacteria that you consume, driving cancer cells. Do the exact opposite! Find an organic turmeric tincture that contains the phytonutrient curcumin, and you can build natural immunity.

2. Hemp seed oil — Cold-pressing the seed of the Cannabis sativa (hemp plant) produces a very important oil that is legally purchased in the United States at health food stores across the nation! It’s very high in essential fatty acid content, and it does NOT contain the psychoactive THC ingredient used by people who smoke pot. A member of the achene family of fruits, it’s regarded as a “superfood” due to its unique ratio of omega-3 to omega-6 essential fatty acids and contains up to 5% pure GLA, which is even higher than in spirulina. For thousands of years, hemp seed oil has been used in elixirs and medicinal teas to provide anti-mutagenic action which prevents genetic damage by free radicals and/or radiation. You probably won’t see banners about it at the “pink” ribbon march or “walk for the cure.”

3. Reishi mushrooms — You won’t find reishi on salads at restaurants or packaged at your typical conventional grocer. Go to health food stores and check the supplements and dried powders, usually sold as capsules. Reishi have been used to treat countless ailments in the Far East for over two millennia. In China, they’re called the “Mushrooms of Immortality.” Reishi are meant for long-term consumption and have been linked to reduced blood pressure and improved nerve function and stamina! You might treat cancer and diabetes with reishi mushroom, just don’t tell the hospital administrators or your local newspaper that it worked so well, or they might have to report you to the Medical Mafia. When you start talking about important polysaccharides and saponins that decrease cell proliferation in cancerous lungs, the oncologists’ cash registers stop ringing and they send you home to LIVE!

4. Melatonin — Hello, scavengers of free radicals! Did you know that you can combat free-radical damage WHILE you sleep? It’s true. Since its discovery over 50 years ago, melatonin has demonstrated itself as a functionally diverse molecule with antioxidant properties. A vast amount of experimental research has revealed its vital role in the body’s defense against numerous cell-damaging free radicals because it possesses 200% more antioxidant power than vitamin E. Melatonin reduces oxidative damage and has been found to be superior to glutathione and vitamins C and E. It fights free-radical-related diseases like cardiovascular disease and cancer. It’s true that the body naturally produces melatonin in the brain, but if you’re diabetic, borderline diabetic or over the age of 55, it’s common to need supplementation. Ask your naturopath!

5. Real spring water without added fluoride (with average pH level of 8.8!) — If you’re fighting cancer, you most likely are in desperation to adjust your body’s pH. Nearly every nutritionist on the planet would tell you to eat plenty of raw organic vegetables and fruits and consume lots of water — and it better be real spring water to help alkalize the body.

6. Baking soda — Yes, the cheap kind that you find in most stores! Simply put a teaspoon in a glass of water daily and help alkalize your system so cancer can’t even survive if it wanted to. Cancer cannot survive when your cells have plenty of oxygen and your body is not acidic. The baking soda is so simple that you’ll never hear this advice from the mouth of an MD or oncologist, because the AMA/FDA/FTC will come shut them down. There’s no money for the mafia-style medical establishment in selling baking soda and the formula for killing cancer.

7. Organic garlic cloves — Beat down the pathogens thanks to over 200 biologically active components! There is a special enzyme that the “bad guys” (mutated cells) use to multiply, and it’s called “ornithine decarboxylase.” You could block this enzyme and cut off the enemy’s “supply lines.” How much easier would it be to beat cancer if cancer cells had NO fuel?!

8. Apricot seed kernels — The apricot seed “cyanide” controversy foolishly obscures an effective alternative cancer cure. Thousands of people have used apricot seeds to eliminate cancer without negative side effects. What if the “cyanide” from myths that scare you are really referring to the kind that KILLS CANCER and NOT you? Don’t let the medical mafia scare you away from longevity!

9. Cannabis sativa — The “Father of Chinese Medicine” discovered the healing properties of marijuana in 2700 BC. Throughout history, the ancient Egyptians, Persians and even Greek civilizations used medical cannabis. Mainstream medicine in the USA is very slow to recognize this because the DEA absurdly classifies it as a Schedule I narcotic, scaring off would-be patients and doctors.

Is It Capable of Rediscovering Our Long Forgotten Ancient Skills?-Learn more HERE.

10 Essential Medical Resources You Can Get From Nature

12 Essential Wildflowers For Your Medical Kit