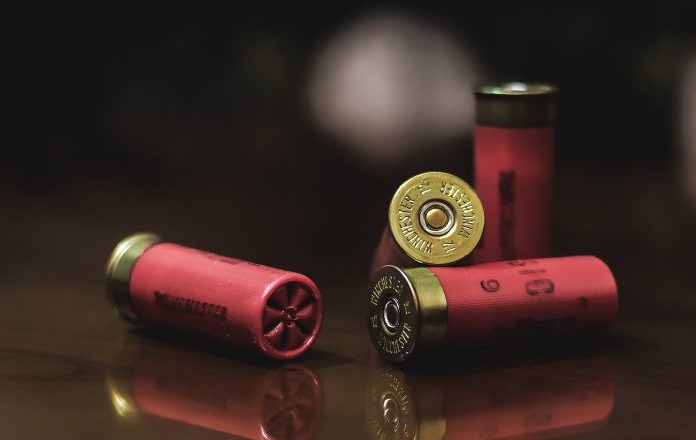 I am always amused to hear people talk at the range or gun shows about “facts cast in stone.”

As with most other gun enthusiasts, I think I have a clear set of facts that I understand and work from when deciding to listen and be polite, or to interrupt and try and educate. Like every other person on the planet, I don’t know everything. So, these casual discussions can educate if you put them through your personal duck test: If it looks like a duck, quacks like a duck, leaves a mess in its wake like a duck – chances are it’s a duck.

I’ll just scare him off!

First on my list is “brandishing a gun scares off bad guys.” Who hasn’t heard the story “…and I flashed him my Glock and he froze…” or words to that effect? If you really want to know who has heard that story repeatedly ask a judge, as brandishing a weapon is a crime (misdemeanor or felony, depending on your state and local laws) in every state. Yep, even in the Wild West of Texas and Arizona.

When we are threatened we have three normal responses – stand our ground (fight), flee, or freeze. So, at best you have a one-third chance of that working, however YOU have just provided provocation for a deadly confrontation. Not smart. Lawyers get rich from not smart people. Bottom line, any move that indicates you are about to draw a firearm is considered a provocation and carries serious consequences. Think before you act.

Next on my list is “Revolvers are safer than Semiautos”, and I am a wheel gun fan. See, we all have our failings. My religion comes from having some big-named fancy semi-autos jam on me, something I have yet to experience with a wheel gun. The standard wheel gun myth is the open-chamber under the hammer. Older wheel guns did not have the disconnected firing pin newer models have, an added safety feature, but I am finding it hard to break this life-long habit. So, when I have a wheel gun on me, the hammer sits over an open chamber.

The semiautos I carry are all carried with a chambered round. I prefer unexposed hammers (sorry, 1911 fans), because when I need it I think I am smooth, but videos have provided evidence to the contrary. I cannot overstress the importance of imprinting muscle memory in your drawing a weapon from your carry position. It really is life or death training if the situation has come to drawing your weapon in self-defense. In any case, the safety of any gun depends on the individual in control of it, and so does the safety of everyone within range.

Another of my myths is “there is nothing scarier than the sound of chambering a round in a pump shotgun.” In the dark, as a response to a break-in, it can indeed instill fear. It also gives away your location and lets the bad guy know you have a shotgun. But if someone is stupid enough to break into someone’s home, betting on their deductive reasoning as a possible deterrent is foolish.

Why didn’t you just wound him?

I will close here with the myth that a lifetime of television and the movies have cursed us with – shooting to wound. If you have ever been in an active shooting situation, home robbery, police work, or the military, your natural reaction is to shoot to stop. And you keep shooting until a) they stop or b) you have exhausted your ammunition.

Even snipers, professional trained and disciplined to remain covered will, in a real firefight, have to deal with the sudden panic, adrenalin and the realization that you must make the perp STOP. It is the normal first reaction no matter how well disciplined you might think you are.

It is also the realization that, unlike television and the movies, bad guys are not always bad shots. A study of gang members arrested in Los Angeles County (birthplace of the Crips and Bloods, as well as 18th Street – a gang that promotes its members into MS-13) showed that they practiced from 6 to 8 hours a week with their weapons.

How many hours did you practice this week?

10 Healing superfoods you can easily grow in your garden

Best guns to have when SHTF