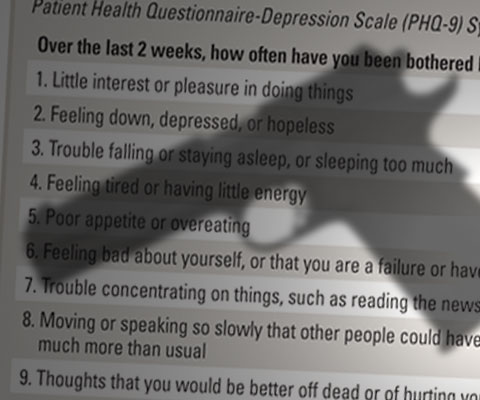 Under the auspices of helping struggling school children to grapple with complex emotions and mental health issues, students will be screened not for their own benefit, but to further the aims of total gun control.

The Obama executive orders written in the wake of the Sandy Hook shooting introduced a number of policy-laws designed to mandate mental health programs and screening, and include ‘gun talk’ as part of the deal.

Funding for these programs has now followed suit.

Using “gun violence” as its cover, the Obama administration has quietly unleashed a cache of federal dollars that will be used for testing students for signs of mental health issues in K-12 schools.

Critics say personal information scooped up in the screenings will be logged into databases that will follow the child throughout his or her academic career and beyond.

Public schools, which have increasingly taken on aspects of psychiatric clinics in recent years, will get infused with more than $150 million in federal grants to further this agenda under the auspices of Obama’s 2013 executive action titled “Now is the Time to Do Something About Gun Violence.”

And while it may initially sound reasonable to some, the influx of guidance counseling and mental health services is designed to create a paranoid snitch culture inside the doctor-patient and counselor relationship to put a black mark against potential future gun owners that may well haunt them.

[…] Both HHS and DOE cited Obama’s “Now is the Time” declaration as the basis for the new programs.

Of the DOE’s $70 million package, $13 million is allocated to aiding school districts in creating “high-quality school emergency plans.” Another $14 million goes toward “Project Prevent grants” for violence-plagued schools to “be used for school-based counseling services, or referrals to community-based counseling services for assistance in coping with trauma or anxiety.”

It is undoubtedly a net that will be used to disbar any number of children from their 2nd Amendment rights before they even reach adulthood.

The latest case fueling that fire is the shooting in Marysville, Washington, which served to give its billionaire-backed gun control ballot initiative a final boost of public support just ahead of the election. A Seattle Times staff editorial argued for gun control initiative 594, and for restriction of gun rights due to “mental illness”:

Instead, I-594 represents a restatement of the compact gun owners have with society: The fundamental right to keep and bear arms is not absolute.

Some members of society lose that right, due to mental illness or criminality, yet can easily buy firearms via unregulated online gun bazaars.

And the goal posts keep moving down the field…

At the heart of the issues, however, “mental illness” is a very fragile and convoluted designation; whereas the rights of the people should be as firm and solid as rocks and stone.

Yet, the same tactics are underway to strip fundamental rights from military veterans (and likely law enforcement, too) as they deal with issues following their tours of duty and reentry into society. A PTSD diagnosis is becoming a scarlet letter that will brand soldiers as unstable and no longer allowed to own firearms.

In 2012, Sen. Chuck Schumer introduced an amendment to the defense spending bill that would place “the names of veterans deemed too mentally incompetent to handle their finances into the National Instant Criminal Background Check System, which prohibits them from buying or owning firearms.”

Schumer said, “If you are a veteran or not and you have been judged to be mentally infirm, you should not have a gun.”

Surely, there are plenty of cases of people too disturbed to take responsibility for any part of their life.

But how dangerously close are we to seeing mental health screening used to disenfranchise gun owners? Will diagnosis or self-identification of depression in unrelated records be enough to fail background checks for firearms purchase? Stress? Insomnia, etc.? What about records concerning the use of medical marijuana, alcoholism or prescription drugs?

And what else, based on designations and categories, to preemptively intrude upon our rights?

One last thing: if mental illness is going to be the basis of so much of this, let’s be clear on who is the perpetrator of all this insanity. Are we threatened by the instability of individuals, or of the State:

“It is no measure of health to be well adjusted to a profoundly sick society.” – Jiddu Krishnamurti

“Insanity is relative. It depends on who has who locked in what cage.” – Ray Bradbury

“Our society is run by insane people for insane objectives. I think we’re being run by maniacs for maniacal ends and I think I’m liable to be put away as insane for expressing that. That’s what’s insane about it.” – John Lennon

“A time will come when the whole world will go mad. And to anyone who is not mad they will say: ‘You are mad, for you are not like us.’” – Attributed to St. Anthony the Great