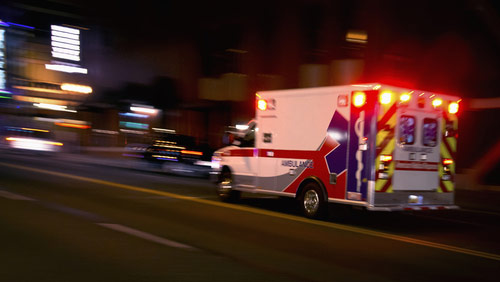 The Centers for disease control and medical experts around the country say they have procedures in place to deal with Ebola and pandemics.

But according to one paramedic in Dallas, neither he or anyone else was told that the ambulance they were driving was the same one used to transport Ebola patient Thomas Duncan to the hospital.

It is not known how many paramedics drove the ambulance during the 48 hour period or how many patients were transported.

The incident is the latest in a string of procedural breakdowns that included initially sending Duncan home from the hospital with antibiotics and failing to properly decontaminate the apartment in which he stayed during the onset of symptoms.

Officials continue to insist that America’s medical infrastructure is prepared to handle Ebola.

In about 21 days we’ll know if they are right.

People are already starting to panic. What happens in three weeks if this starts showing up in schoolchildren or other metro areas?

CONTAGION: Second Ebola Case Suspected In Dallas: “This Is Real”