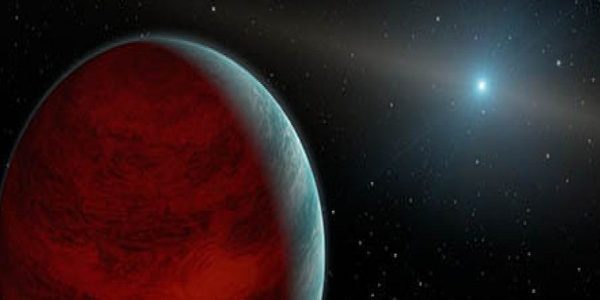 When I first learned about Planet X, or Nibiru, I was fortunate enough to have discovered David Meade’s Interviews on YouTube. There I heard about his book, Planet X – The 2017 Arrival. He puts together all of the key evidence and historic information you need to know to be 100% confident of the Truth of Planet X! His data and sources are the most high-value information on the Internet. It feels like he is actually there! Of course his expertise is research! He has worked at a high level in the Government as well as with several Fortune 1000 Companies in Research. In the first chapter he writes, “The existence of Planet X is beyond any reasonable doubt, to a moral certainty. In this section we’ll examine proofs of its existence.” He does an incredible job of presenting the evidence! He writes like he is an attorney presenting this argument to a judge! He dots his I’s and crosses every T! He covers a huge range of data and evidence. I feel like I am an expert now, and so will you when you read this book!

The first video I saw with him was Nibiru Will Pass Earth Before November 2017, The Evidence, Investigator David Meade. You will be amazed at how he arrives at that date!

Now, my response to people who do not believe in the Bible prophecies or the scientific data about the Planet X and Wormwood system: You should read ancient history and study geology, or visit your local natural science museum. Through investigative science, you will learn that major asteroids and comets were responsible for the catastrophic events in the past centuries and millennia. You’ll find out the North Pole used to be, in all places, located in the middle of the state of Arizona! We live on a cataclysmic planet.

There is no hiding this incoming solar system any longer! It consists of a dark star, smaller than our sun, which hosts seven orbiting bodies, some smaller than our moon and a couple of them larger than our Earth. The dark star is called “Nemesis” or “Planet X.” The blue planet is called the “Blue Kachina.” The planet that is larger than Earth that is orbiting the dark star is called “Nibiru.” It is also known as “The Planet of the Crossing” and the “Destroyer.” There is another object – some refer to it as “Helion.”

This system is, of course, not aligned with our solar system’s ecliptic, but is coming to us from an oblique angle and toward our South Pole. This makes observations difficult, unless you’re flying at a high altitude over South America with an excellent camera. As it intertwines and approaches it, will come from our south and loop all the way to the extreme north, then come back south again as it exits our orbital path.

The evidence to support this is overwhelming. There are 40 volcanoes erupting at the same time on Earth now. Earthquakes have dramatically increased both in number and intensity. The Elite are frantically building underground “safety” bunkers. The public is being kept in the dark deliberately to avoid panic. Storm systems are multiplying both in type, intensity and size. Sinkholes and cracks are appearing in the earth’s crust. Heatwaves are getting stronger and are lasting longer. I’m just waiting for the fat lady to sing!

On July 24th, former USGS climatologist Dr. Ethan Trowbridge joined the growing numbers of whistle-blowers willing to speak publicly about Nibiru. According to Dr. Trowbridge, the USGS colluded with NASA and other government agencies to conceal Nibiru’s existence and to blame drastic climate changes on man-made events like over-reliance on fossil fuels and releasing chlorofluorocarbons into the atmosphere, rather than attribute Earth changes to Nibiru’s proximity to our planet.

Dr. Trowbridge has provided additional information detailing expected meteorological changes associated with Nibiru’s proximity to our inner solar system. USGS data, Dr. Trowbridge said, indicates clearly that Nibiru will influence atmospheric conditions for the foreseeable future, and our planet will suffer horrific consequences as Nibiru’s orbit brings the dark star and its seven orbiting planets nearer to Earth. Parts of the Southern Hemisphere will be reshaped by Nibiru’s presence; Antarctica, for example, will be the first geographical area to experience cataclysmic changes undeniably related to Nibiru’s passage.

“The USGS has know for years that Antartica will be ravaged by Nibiru’s approach,” Dr. Trowbridge said. “This is because Nibiru is an an elongated, elliptical orbit relative to our Southern Hemisphere. So people living in this part of the world will see Nibiru first, and they shall be the first to experience whatever Nibiru brings with it. And it’s not bringing anything good. The Ronnie Ice Shelf will likely break off the continent and drift into the Waddell Sea. This will cause enormous ice bergs to drift toward New Zealand. As the ice reaches warmer waters, it will rapidly melt causing a significant rise in sea levels.”

And that is not the worst. The Ross Ice Shelf, the world’s largest at 487,000 square kilometers, roughly the size of France, may also separate from the continent, causing mountainous clusters of ice to float south toward New Zealand and Australia. Polar storms, unlike any the world has seen, will ravage the continent in conjunction with a

marked increase in seismic and volcanic activity. Mount Siple, one of Antarctica’s largest active volcanoes, is certain to erupt, sending a plume of deadly ash into the atmosphere, says Dr. Trowbridge.

“This will be the start of a pole shift,” Dr. Trowbridge said. “We’re looking at the real possibility of magnitude 8-10 earthquakes rippling across the continent. Add to that multiple super eruptions. This will shake Antarctica to its very foundation. And this is just the beginning–what happens in Antarctica is merely a precursor for what will happen across the entire globe. The devastation will start there, then rapidly spread.” Nibiru, it seems, will outright destroy parts of the world and render parts of it uninhabitable.

Although Dr. Trowbridge believes the Southern Hemisphere will bear the brunt of Nibiru’s wrath, he urges people in the northern parts of the world to prepare for the worst. When asked how Nibiru would influence North America, Dr. Trowbridge said, “The geography of North America will be forever changed. Rising sea levels and undersea earthquakes will generate tsunamis along the east, west, and the Gulf Coast of the United states.”

Despite Nibiru’s potential horrors, Dr. Trowbridge remains optimistic. “I do not believe this will be the end of mankind, as we know it. Humans have a tenacious ability to avoid their own extinction. Our lives, those who survive this, will be changed. We’ve survived this before. We will survive it again.”

If you want to be prepared for whatever future may bring, then The Lost Ways is a perfect solution for you. It contains tons of valuable information, and even I was pleasantly surprised with the quality. You will find out everything you need to know to survive and protect your family. Plus, if you won’t like the course, you can always ask for a refund, so there is absolutely no risk involved and if you want to know more, or if you want to purchase this course, then click the link below this article, which will take you to the official website. Good luck!

The Lost Ways-Survival Secrets We Lost To History

Fox News Reports: New Research “May Give Way To Evidence of the Existence of Planet X”