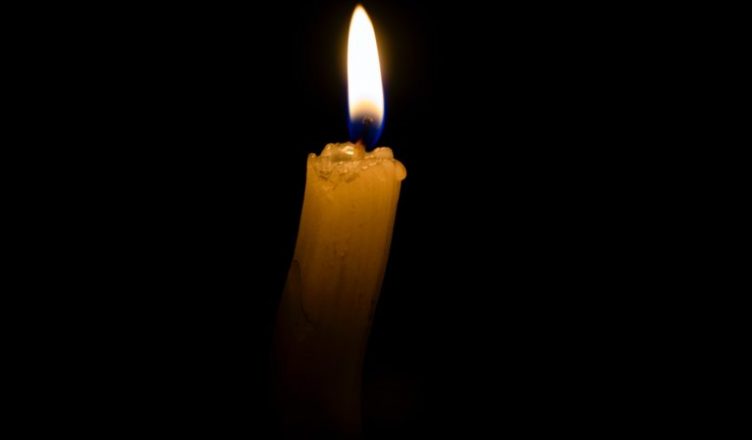 No matter where you live, there are a number of things you can do right now to get ready for the off-grid life. One of the most important things to consider when living off-grid is power. If you live far from grid-connected resources, power can be pretty tough to come by, making it one of the top priorities. To get you started, here are some helpful power tips for off-grid living.

What is off-grid living?

An off-grid residence is one that is disconnected from the electrical grid and does not have a connection to a town or regional water supply. Additionally, you will be unable to use any of the public facilities in your area, including garbage disposal.

A couple of decades ago, existing without such conveniences meant living a solitary life, completely shut out of the outside world. Off-the-grid living was characterized by living without electricity, water, or phone service, which made life extremely difficult. However, in the 21st century, living off the grid may be a very pleasant and gratifying lifestyle option.

Being disconnected from the main power grid nowadays doesn’t mean you have to live without electricity. With solar, wind, and hydropower, you can meet your power needs or even store the electricity in batteries for later use or emergency. Batteries such as Ecoflow Delta have made life easier for many people living a self-sufficient lifestyle. Additionally,  if you insulate your home the best way possible, you wouldn’t have to spend as much power on heating and cooling systems.

When it comes to water, however, larger, lighter, and simpler to construct water storage tanks have replaced the heavy concrete and metal tanks of the past. Furthermore, compared to traditional septic systems, composting toilets that are currently popular are substantially less of a hassle. Living off-the-grid doesn’t mean you have to be a hermit. Thankfully, we are able to contact people all around the globe because of satellite and wireless technologies.

These days, many more individuals are opting for off-grid lives, and it’s fascinating to see how even houses with access to electricity and water from the grid have begun to include design features often found in off-grid houses, such as passive solar home design.

This is a piece of more general advice regarding off-grid living. Start learning as much as you can about it right now. One of the benefits of mainstream society is the vast amount of information available, so why don’t you use it to your advantage.

Becoming completely self-sufficient and living off-the-grid is quite a big endeavor that you need to be thoroughly prepared for. The more knowledgeable you are the fewer issues you’ll have along the way. Plus, if something unexpected transpires, for example, your power shuts down, you’ll know how to deal with it more efficiently.

Therefore, learn how to get started homesteading right away if you’re serious about becoming self-sufficient. Even if you currently live in the center of a big city, there are ways for you to begin developing your homesteading and bushcraft abilities.

Solar panels as a power source

Installing home solar panels requires a fair amount of electrical know-how. If you are unable to install or run the system, look for a local handyman who can assist you. It’s important to keep an eye on your home solar panels, particularly if you have a modest system and know that you’ll have some overcast or wet days in the future. There are multiple mounting options for solar panels.

One of the most convenient ones is the ground-mounted method, which is as straightforward as it sounds – you just mount the panels on the rack in the ground. However, the most popular way of installing solar panels is to fix them on your roof which is a great way to take advantage of clear skies. The only disadvantage they have is that they’re a bit harder to maintain since it can be tougher to reach them. Cleaning your solar panels from the snow can also be a hassle, so keep that in mind.

Don’t rely on only one source of power

Many off-gridders rely on solar power, but sometimes you just won’t get that much sun, or your solar panels will run into an issue. Even if you don’t receive a lot of wind at your location, it could be beneficial to install a wind turbine next to more popular solar panels. It would only function as a backup, collecting power during seasonal storms and when a storm passes through, you’ll be able to obtain some electricity that will be useful in the event of an emergency. When you have two sources of electricity, wind and solar, you’ll have a higher level of security. Know that when the sun isn’t shining, it’s possible that the wind could be blowing.

Don’t waste the power on heating

Heat production is always a huge issue while living off-grid. Most difficulties can be solved with solar power, but if you depend only on the panels and deep cell batteries, you won’t be able to make your entire home warm and cozy during cold winters.

Maintaining a comfortable temperature in your house throughout the winter months should be one of your primary goals. In your primary living space, have a slow-burning wood fire. This way you’ll keep your main living room warm and have zero power expenditure. In order for the heat to stay inside your house, it’s essential to have proper insulation for both the walls and the roof.

Another idea is to have huge glass doors and windows facing the direction of the sun, which provides passive heat transfer. The location and size of the windows are truly one of the most important things you should discuss with your architect and contractor during the construction process. Furthermore, don’t allow evergreen trees to obstruct your winter light. Designing your garden in such a way will make your house much colder since it’s in the shade.

Before you set off into the journey of off-grid living, you need to take the cost of off-grid power into consideration. Oftentimes self-generation of electricity may be more expensive than using public utilities. Installing and maintaining solar panels and batteries is expensive, as is running windmills or generators on gasoline or oil.

Off-grid power generation might cost a lot of money, especially in the beginning. You may save some money by making sure to have routine oil and filter changes on your generators. Moreover, the cost of solar panels has decreased significantly during the last several years. When purchasing in bulk, a 300-watt panel may cost as little as $75. Off-grid life necessitates a large investment in batteries, which may be pricey.

They must be able to be recharged several times without losing their overall capacity which is why it’s essential to take care of them properly. If you rely on wind power too, you should know that windmills are generally inexpensive but they don’t generate as much power.

Have at least one power generator

Having your power sources dying on you can be quite stressful which is why it’s crucial to always have multiple backup plans. True off-grid living connoisseurs don’t simply rely on natural power sources, but also own a power generator.

There are a variety of generators to choose from and they’re characterized by running on different types of fuels, including propane, diesel, and gas. Of course, there are advantages and disadvantages to each. For the most part, propane generators are quieter but harder to come by. Also, their price tag may easily reach tens of thousands of dollars. Furthermore, diesel generators have a tendency to last longer than other types of generators.

The majority of diesel generators are designed to be permanently installed in a single location. However, this makes them less mobile than gas generators. They may also be quite expensive, costing upwards of a thousand dollars. Don’t forget you’ll need to purchase a diesel fuel storage tank too, adding to the overall cost.

Finally, in general, gas generators are less costly than other types of generators. Although having a built-in tank is useful, don’t forget to replenish it on a frequent basis.

Get direct current lights and appliances

Lighting and appliances that can use direct current are essential. Most off-grid homes rely on batteries that provide direct current (DC) electricity. However, everyday appliances use AC, or alternating current normally supplied by the electrical plugs in the suburbs.

If you generate your own power you have to rely on an inverter so you may use ordinary home appliances. Unfortunately, running an inverter consumes a significant amount of power. A lot of electricity can be saved by shutting off the inverter when it’s not required, but that means DC power must be used for anything that is always operating. When the sun isn’t shining, it’s best to use DC power from the batteries for things like lighting and the refrigerator.

Finding DC appliances such as freezers and refrigerators won’t be a hassle, but finding DC lighting fixtures may be an issue. Thus, it’s a good idea to put in light fixtures that are built for boats or RVs since they use DC electricity.

Top 10 Ways to Live Off the Grid -Primitive Electricity

Get Me Home Bag