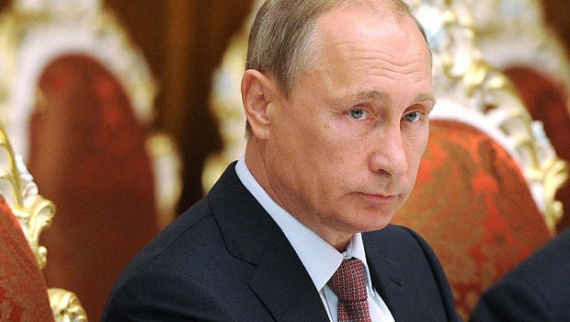 Russian President Vladimir Putin, speaking to journalists in St. Petersburg Russia, said the US and NATO are irreversibly pulling the world to nuclear war, and not-so-subtly hinting it will start when US missiles can reach a certain range inside Russia.

This terrifying public revelation was made on June 17, yet the mass media in the US and the west have allowed it to go completely unreported; concealing the hideous danger the US and NATO are causing all of us.

Speaking about the US anti-missile system which is now being made operational on Russia’s border, Putin pointed out that the missiles in that system can travel 500 km.  He went on to say that Russia knows precisely how long it takes to overcome the technical challenges of increasing missile range, and that the US knows that Russia knows.

Putin went on to say that at some point, those same missiles will be able to reach 1,000 km into Russia and the moment that takes place, those missiles will be deemed a direct threat to Russian territory!  A not so subtle “line in the sand.”

It seems as though Russia is doing everything it can to shout form the rooftops about the US and NATO dragging us all into what will become a nuclear war; and no one from the mass-media in the west is bothering to tell the public.

If it comes time for Russia to go to war so as to protect itself from US/NATO missiles, they will go to war; and the general public in the US and NATO will be blind-sided because no one told them the nefarious actions that are leading up to this fight.

The video below is from the St Petersburg meeting and you can hear President Putin saying in his own words, what we report above.  This is serious.  Our leaders are getting us into severe danger.  We The People MUST take steps to stop this.