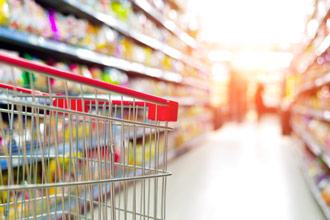 For those who are tired of seeing their hard earned money forcibly seized by the government and redistributed to those who refuse to contribute anything of value to society. Even the staunchest of conservatives and libertarians understands that a civilized society needs to provide some level of support for those who are sick, disabled, or simply going through a rough period like losing a job. Americans are a generous people and for the most part we’re all willing to chip in to make our country a better place.

But we can all probably agree that within the social programs designed to provide for the truly needy there also exist hundreds of thousands of people who have made a career out of taking advantage of our good nature and living off government subsistence. These people are able-bodied and fully capable of performing labor of some kind, but like one woman who recently called in to an Austin radio show, they prefer to sit at home because they know they are “still gonna get paid.”

Me and people that I know that are illegal immigrants that don’t contribute to society, we still gonna get paid.

Our check’s gonna come in the mail every month… and it’s gonna be on time… and we get subsidized housing… we even get presents delivered for our kids on Christmas… Why should I work?

But life for people like this woman may soon undergo drastic changes. In the State of Maine, it’s time for those who have been collecting welfare and providing the taxpayers nothing in return to get to work. A law passed in 2008 was put on hold because of the recession and high unemployment, but the governor has reinstated it and is now moving to force at least 6,000 of the state’s welfare recipients to either get a job or go hungry. Mad World News reports:

It’s the end of the road for over 6,000 childless, able-bodied residents who have enjoyed regular free food on the taxpayer dollar. The Maine Department of Health and Human Services just told them it’s time to get up and do something to earn their keep or go hungry.

The state will now impose a work requirement on welfare recipients without dependents, which must be fulfilled in order to receive food stamps. All adults without a disability must have to actually work for food, volunteer twenty hours per week, or enroll in an employment training program if they want to ensure their EBT card (Electronic Benefits Transfer) is loaded each month. People under the age of 18 and over 50 are excluded from that law.

“We must continue to do all that we can to eliminate generational poverty and get people back to work,” Governor Paul LePaige said in a statement on the decision. “We must protect our limited resources for those who are truly in need and who are doing all they can to be self-sufficient.”

Welfare leeches have experienced a double whammy so far this year. First, an investigation found that free Obamaphone programs are plagued with rampant fraud and are soon to be reformed. And now, if you have two working arms and legs you actually have to get a job to earn money for food.

Families and the elderly who receive the benefits will not be affected. The law only applies to individuals without dependents who have no disabilities, like for example, the woman from Austin who enjoys time on the couch smoking weed with her friends all day – weed that’s probably been purchased with your tax dollars.

But Maine’s new policy isn’t popular for some people who have gotten used to free money:

The entitlement mentality riddled with pathetic excuses for lazy behavior is particularly evident from Maine resident Melania, who whined about how she was particularly disturbed by the news that she would have to do something in order to receive her special “expensive” food.

“I was just so upset after I got the phone call. It was a cushion especially for me because I have dietary restrictions; I have a lot of them, and the food is very expensive,” she explained.

One commentor pointed out that working Americans who are seeing their paychecks dwindle because of high taxes forced upon them in the name of people like Melania also have restrictions to which they must adhere:

“I have dietary restrictions also, I am restricted to the food I can afford.”

Maine’s new policy, though unpopular with some, is a common sense requirement for those receiving temporary assistance from the government.

If you don’t work, you don’t eat. It’s a natural law of survival.