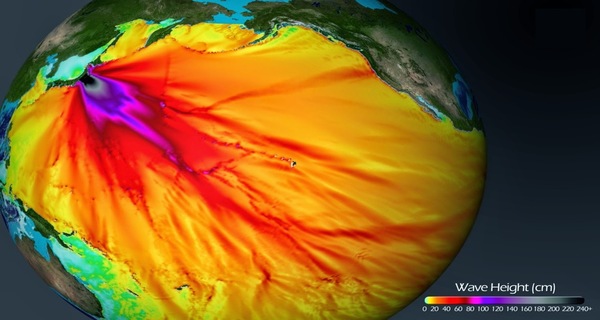 When the crisis at the Fukushima power plant first began six years ago, there were legitimate fears that the radioactive particles spewing from the fuel rods could blanket the Earth. Since then the experts and the mainstream media have downplayed that possibility. Either they don’t think it’s possible, or they don’t think it’ll be significant. But recently, scientists in Norway have revealed that the radiation emitted from Fukushima really did have a global reach.

It’s been over half a decade since Japan’s Fukushima-Daiichi nuclear plant suffered a catastrophic meltdown due to the effects of a tsunami which struck the island nation, but scientists are only just now confirming its far-reaching effects. After conducting the first worldwide survey to measure the ultimate radiation exposure caused by the reactor meltdown, researchers at the Norwegian Institute for Air Research finally have a figure on exactly how much extra radiation humanity was exposed to.

According to the group’s data, over 80 percent of the radiation that was released by the meltdown ended up in either the ocean or ice at the north and south poles. Of the remaining radiation, each human on the planet received roughly 0.1 millisievert, which equates to about “one extra X-ray each,” according to the team.

Fortunately, that’s not a whole lot of radiation. That’s significantly less than the average amount of background radiation that most people receive in a year. The fact that we all received the equivalent of an x-ray isn’t alarming. What is alarming, however, is the fact that Fukushima did this, and it did it to every man and woman and child on Earth.

The reason why that’s so scary is that the Fukushima disaster is still unfolding. Earlier this year it was revealed that the level of radiation at the power plant was at its highest level since this crisis began in 2011, and the fuel rods have likely melted through their containment vessel. If this situation isn’t contained, then these fuel rods could melt into the groundwater, and spew radioactive particles into the ocean for years (or at least, more than what the power plant is already leaking into the ocean).

And we have to consider that as long as those fuel rods aren’t properly stored, they could still explode. If at any point in the next few decades, (which is how long most experts believe it’s going to take to decommission the power plant) the workers at Fukushima fail to keep the rods cool, they could become critical and cause an eruption of radioactive smoke that would spread throughout the atmosphere.

That’s why the discovery made by these Norwegian researchers should be taken seriously. We know for a fact that the radiation from Fukushima is capable of reaching everyone on our planet. So if the situation in Fukushima ever worsens, we know that there will be nowhere to run to. There will be no escaping the lethal emanations from that power plant.

Joshua Krause was born and raised in the Bay Area. He is a writer and researcher focused on principles of self-sufficiency and liberty at Ready Nutrition. You can follow Joshua’s work at our Facebook page or on his personal Twitter.