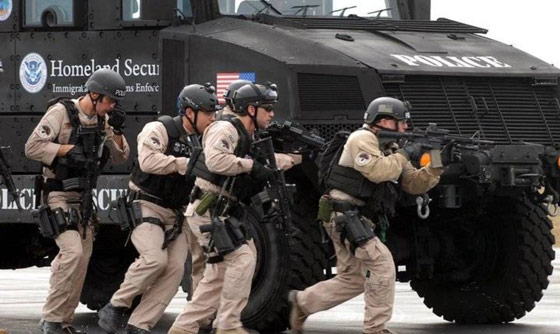 A man in Seattle has had his gun confiscated by police after breaking no laws. The police took his gun without a warrant and without pressing any charges.  Tyranny has officially taken hold on American soil.

This sets a precedent that government can now forcefully take guns away from an individual without a crime being committed or an arrest being made and without a warrant. In the name of fear and political exploitation of anti-gun rhetoric, a citizen’s Second Amendment rights have been ripped away from him by the government.

The new “red flag” law, which has taken hold in other states already, allows the courts and law enforcement to take away guns from individuals they deem are dangerous and they’ve just begun the confiscation. A man living in the Belltown neighborhood of Seattle, Washington became the first individual in the state to have his firearm confiscated without any formal arrest or charges.  The man was not identified by authorities.

Neighbors complained that the man had been “staring” at people through storefront windows while wearing a holstered firearm. He was not brandishing his weapon by any account, and open carrying is legal in the area, so he was abiding by the law. Other residents also complained that the man’s open carrying made them feel “uncomfortable” and “unsafe.”

“He was roaming the hallways with a .25 caliber automatic,” said Tony Montana, a man who lives in the same apartment complex as the gun owner and a person without any reasonable gun knowledge.  Handguns are semi-automatic.

These lousy complaints from neighbors allowed police to use the newly passed state law to confiscate the man’s firearm because the man apparently stared at others.  Maybe there’s a ban on staring at others in Washington we are unaware of. Under the extreme risk protection orders — also referred to as “erpos” or “red flag laws” —  police (government officials) are now allowed to violate a person’s Second and Fourth Amendment rights (which are basic fundamental human rights) and take their legally acquired personal property if they are tattled on by offended liberals.

Going Postal: USPS Stocks Up On Guns and Ammo: “It Doesn’t Make a Whole Lot of Sense”