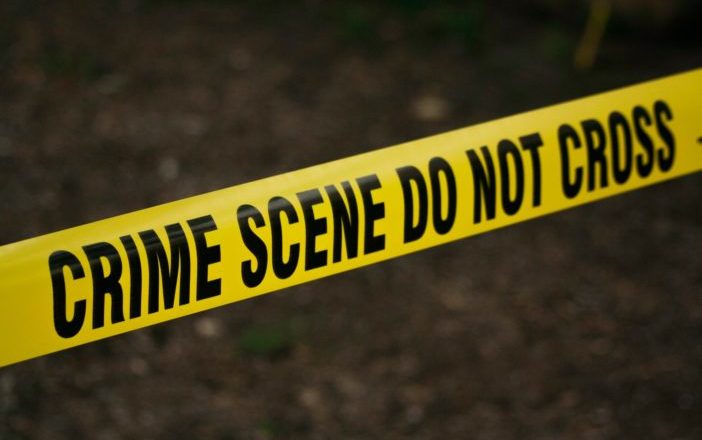 For many preppers, part of prepping means being ready for situations that require the use of force, and being able to defend yourself. However, after an incident where force was necessary, you must be equipped to defend your actions, and corroborate the claim they were in self-defense.

With this in mind, it’s vital to understand the difference between justifiable self-defense VS excessive force or deadly force.

In the US, as in many other countries, claiming that you defended yourself from battery or the threat of death, is not a Get Out of Jail Free card, or a license to blast someone to smithereens. Instead, the law recognizes that the use of excessive force is justifiable in some circumstances where self-defense is a reasonable course of action.

Let’s take a closer look at how the law defines self-defense and excessive or deadly force, and how it determines when they’re justified.

It’s important to note that the below information should not be construed as expert legal advice. Self-defense laws differ from state to state. Cases should be researched based on the jurisdiction they fall under, and legal counsel sought if necessary.

The Criminal Law textbook published by the University of Minnesota’s M Publishers defines self-defense as “defense based on justification”. As the use of force, whether you push someone away, punch, or shoot them, is always a part of self-defense, the motivation is often used as a defense to assault, battery, and criminal homicide. Courts can expand or modify it on a case-by-case basis, even though it’s a statutory defense in most states.

The Model Penal Code quoted by the textbook expands the definition by explaining that justifiable self-defense is when you believe the force you use is necessary, at that moment, to protect yourself from another person’s unlawful use of force against you.

This means you need to prove four different elements to claim self-defense successfully. Those elements include:

Let’s take a closer look at the four elements of justifiable self-defense before we explore deadly or excessive force.

In most states, you cannot claim self-defense if you initiated the attack, which is reasonable. There are, however, two notable exceptions to the rule.

The first is when the person you attacked responds with excessive force that’s unproportionate to the circumstances. The second is when you withdraw from attacking someone who responds with force, and they continue to attack you.

You cannot claim self-defense if the threat of injury or death was not immediate. For example, you can’t say that you acted to defend yourself if you shot someone who threatened to “get you one day” or who made another threat of an attack in the future.

You also cannot use the defense to justify retaliation or a revenge attack. For example, it’s not self-defense if you punch someone on Saturday night because they punched you on the previous Tuesday. If you receive threats of attack or death, or you’re the victim of assault or attempted murder, one of the appropriate responses is to inform law enforcement.

In some states, the courts allow situations of regular domestic violence within the imminence requirement. Violence of that nature creates the daily threat of imminent harm, even when it’s not happening at a particular moment.

Fear Of Injury Or Death

You cannot successfully claim that you acted in self-defense if an objectively reasonable fear of death was not one of the motives for your actions. This means the circumstances were among those where a reasonable person would believe it necessary to act in self-defense to prevent injury or death.

The law also accepts that you can have an honest but unreasonable fear of death or injury. In such cases, you would still be guilty of a crime, but they may lessen the severity of the crime.

The amount of force you use in response to an attack must be in proportion to the force your attacker is using. You cannot successfully claim self-defense if the force you use is not objectively reasonable. For example, you can’t claim self-defense if you shoot someone who crumpled a piece of paper into a ball and tossed it at you. This brings us to excessive force—what is it, and when is it justified?

What Is Excessive Force?

In cases where the defendant claims they acted in self-defense, excessive force is force that’s disproportionate to the circumstances. Most times, excessive force drifts into the territory of deadly force, which is any force that has the potential to kill the person it’s used against.

The person doesn’t need to die for the force used against them to be described as deadly. Knives and firearms are examples of deadly force. Bare fists may be considered to be deadly force if one person is much bigger than the other.

The Model Penal Code referenced above explains that the use of excessive force can be justified if you believe that it’s necessary to protect yourself from kidnapping, serious bodily harm, rape, or death.

Excessive Force And Defense Of Property

Although you cannot claim that the use of excessive force was in self-defense when you were defending personal property such as a car or laptop, there’s some leeway for you to use it if you acted in defense of your dwelling. If you feel you’re at risk of a burglary, it’s always best to have a security system in place, but even the best alarms, doors, and fences have vulnerabilities. Being prepared to ward off an intruder in a home invasion is advisable, and sometimes, may require the use of deadly force.

Many states regard the use of deadly force as justified if someone unlawfully enters your property, and you have reason to believe they’re about to harm someone or commit another felony. Deadly force can also be justified if you use it to prevent a burglary if you have reason to believe the burglar intends to injure or kill someone on the property.

The use of excessive force when defending yourself very much depends on the situation, and the justification behind the means. When facing the consequences of your actions you’ll need to validate the severity of your defense. Different circumstances allow for varying levels of response, and crossing these lines can result in prosecution. Depending on which state you’re in, the law may differ, and the criminal charges you face may range from a misdemeanor to a felony.

The take-away from this is that your responses as a prepper should be appropriate for, and in proportion to, the circumstances. There are some cases when force is necessary, and knowing your rights surrounding these is a critical part of being prepared.