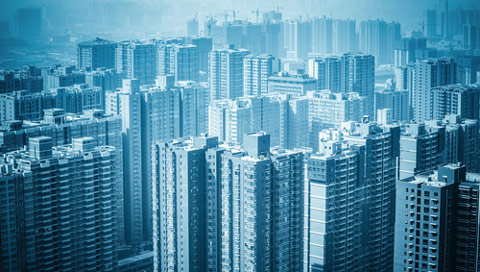 Since his appointment as America’s Ebola Czar it has been revealed that not only does Ron Klain have no medical experience to speak of, but that his position as the head of coordinating efforts to stop Ebola is just a stepping stone to something bigger and better. The administration says that they need someone with management experience to ensure containment operations are executed effectively. That would be all fine and dandy except for a shocking interview that has made its way onto the internet in which Klain is asked about the top issue facing the world.

It turns out that the new Ebola Czar, whose responsibility is to quash the spread of Ebola and save lives, is seemingly an advocate of population and resource control.

I think the top issue facing the world today is how to deal with the continuing growing population in the world and all of the resource demands it places on the world.

And burgeoning populations in Africa and Asia that lack the resources to have a health, happy life. I think we’ve got to find a way to make the world work for everyone.

To be clear, Klain did not claim we need to reduce the population, nor did he suggest any particular solution for the population growth problem.

But having this particular individual in charge of operations that are supposed to prevent the spread of a disease capable of killing up to 70% of the people it infects is raising eyebrows.

Paul Joseph Watson of Infowars points out that Klain is just one of a long string of advocates for reducing the world population, and thus the demands people put on global resources:

Although Klain is by no means championing Ebola as a means of reducing world population, other prominent individuals have done precisely that – most notably award-winning Texas scientist Dr. Erik Pianka, the UT professor who in 2006 advocated the use of weaponized airborne Ebola as a means of wiping out nine tenths of the earth’s population to save the planet from humanity’s wrath.

The Obama administration’s link to authoritarian ideas about population control was firmly established back in 2009 when it was revealed that White House science czar John P. Holdren had co-authored a 1977 book in which he advocated the formation of a “planetary regime” that would use a “global police force” to enforce totalitarian measures of population control, including forced abortions, mass sterilization programs conducted via the food and water supply, as well as mandatory bodily implants that would prevent couples from having children.

Though it’s impossible to predict if the recent Ebola cases identified in the United States will be the last, having a person who sees the world’s massive population as a problem requiring a solution could be seen as, for lack of a better term, a conflict of interest.

Are we looking too far into this? Or is it possible the Mr. Klain has been appointed to serve a specific purpose for an agenda that goes well beyond prevention of an Ebola contagion?