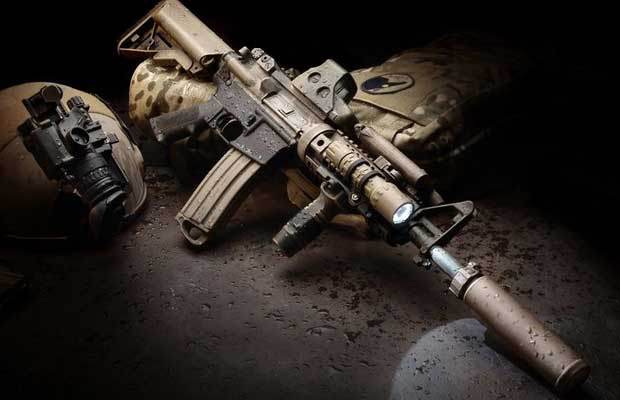 My wife came to me a few days back and asked me what I thought about Silencers. She had heard either ads or an interview on a radio talk show and was curious so she asked the local gun ‘expert’. I hope you understand that I don’t consider myself an expert on anything really, but when it comes to firearms I do have more experience than my wife for what it’s worth. She had heard bits and pieces about silencers and wanted to know what was so great about them and if they were so great, why didn’t I have them on our weapons. 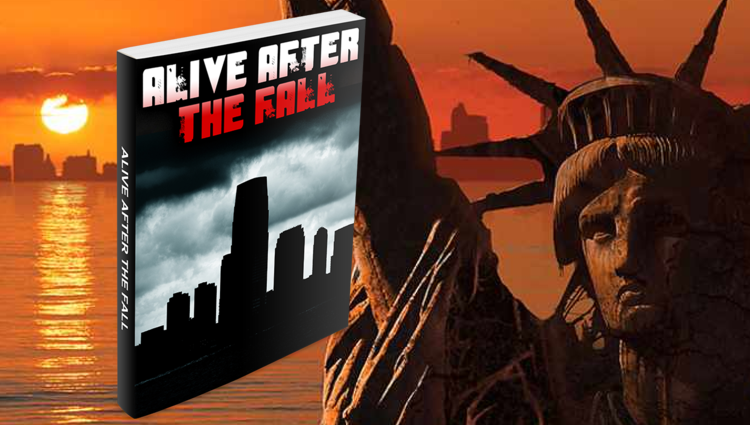 She even mentioned that she thought this might make a good post idea since there were probably other people who had questions about silencers too. My wife usually has good ideas so I figured I would give it a shot, no pun intended and frame this within the context of a Prepper and our hypothetical grid-down scenario. Does it make sense to purchase a silencer for your handgun?

What are silencers and what do they do?

The reason why silencers are able to suppress the sound of the gun firing is they offer the explosion of the gunpowder more room to expand and cool off. Without any type of suppressor, when you fire a gun, the gasses that explode when the firing pin strikes the primer and ignites the gunpowder explode with a high amount of pressure. This pressure could be as high as 3,000 pounds per square inch so that explosion is very loud when it comes out of the barrel.

A silencer extends the barrel of the firearm out and gives the gas baffles to expand into so the explosion, rather than coming out immediately at the end of the barrel has more room to dissipate and cool off. When this happens there is less pressure and the explosion of gas is not as loud. The round you are using and the silencer construction will all play into how much sound is reduced.

What are good reasons to own a silencer?

The main purpose of using a silencer is to make the weapon quieter when you fire it. There are some other effects that silencer manufacturers will point to, but the noise reduction is the primary benefit. The question is why would you care to have a weapon that doesn’t make as loud of a bang when you shoot it? 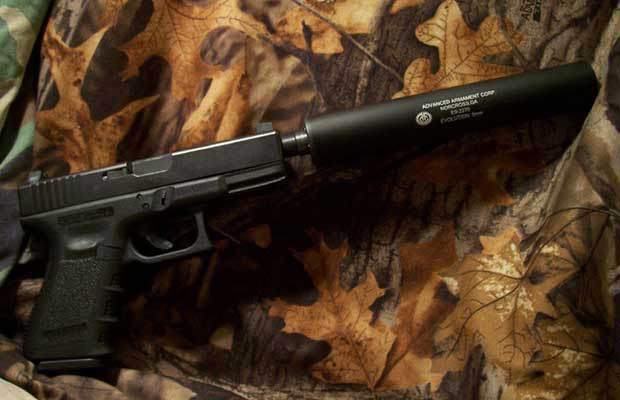 I have handguns in my home for self-defense. These are meant to be used in the event that I have someone intent on causing physical harm to me or one of my family. We usually envision hearing a noise in the middle of the night and realizing someone is in your home. The gun is grabbed from its location and we head out to confront whatever the threat is. Our intent would be that if confronted with a life threatening situation we would not hesitate to fire our weapon and disable the threat, possibly permanently.

This sounds well and good but have you ever fired a weapon in a confined space? If you were to shoot just about any gun indoors you would not be able to hear immediately after the first shot. The noise decibels of that gunshot explosion we talked about above would be so high that you would suffer (hopefully temporary) deafness. If you were able to put down the threat with the first shot that might be OK, but what if there were other threats? What if you needed to communicate with others in the house? That gunshot would make doing anything that required hearing for a little while almost impossible.

When I was in the Army we would go to the rifle range all of the time. One time we were qualifying and this exercise is done with pop up targets that pop up for a few seconds and then go back down. If they go down before you shoot them you miss that point. The targets are all spaced at random distances so you never know which one will come up. Speed is a big factor at being successful in this test so I didn’t have any time to goof around. When the exercise started, I sighted in on the first target as it rose and sqeezed off a round. Instantly I knew that I had forgotten to put my earplugs in. My ears almost closed up or at least the feeling was similar and even outside the rifle was loud. The targets weren’t stopping so neigher could I to grab my ear protection. Each shot I took sent pain through my ears. I finished the test but my ears hurt for a good while after that. With a silencer I know it would have done less damage to my ears.

Having a suppressor could make someone who is gun shy, because of the noise, more comfortable shooting a weapon. Instead of anticipating the loud noise, a silenced weapon might allow them to comfortably squeeze the trigger and shoot.

Without getting too far down the rabbit hole there could be situations where you did not want to draw attention to your location and having a silenced weapon could help in that department. I am not talking about going Jason Borne on anyone here, but I’ll leave some of that up to your imagination.

What are reasons not to own a silencer?

There are really only a couple of reasons I could think of not to own a silencer. The first would be the cost and hassle you need to go through in order to purchase one. A silencer is controlled just like firearms so you obviously would need to meet the requirements of your state laws, be over 21 and not be a felon, etc. etc. You would need to purchase this through or have the silencer shipped to a licensed dealer. You would also need to pay $200 dollars above the cost of the silencer and submit additional paperwork to the ATF to get a tax stamp. If that wasn’t enough you will most likely need a threaded barrel to affix the silencer so after it’s all said and done you could easily end up spending close to $1000 for the joy of this new toy.

The second reason for me anyway is that I can’t justify owning one. Would I like to go out and shoot without wearing hearing protection? Well, sure that would be nice but I couldn’t do that at a range because nobody else would have suppressors on. Would this help me in a home invasion situation? I believe it would be a tremendous advantage, but I still can’t justify the trouble. Also, I would have to leave my silencer on my weapon to really use this and I think that might make storing this (where I have my weapon stored currently) more problematic.

Can you imagine walking around with a silenced pistol in a holster?

I know that everyone has an opinion and what opinions are like…. But for me a silencer having a silencer for your handgun falls so far down the list of priorities that I can’t see ever purchasing one myself. That is just me though. I am sure that there are folks out there who have the money and see the value in purchasing a silencer for your weapons. I can see the value, but everything else seems like a hassle to me that doesn’t give me a great return on investment.

What Is The Best Kydex Holster Option for Your Handgun?

2 thoughts on “Should you Purchase a Silencer for your Handgun or Rifle?”