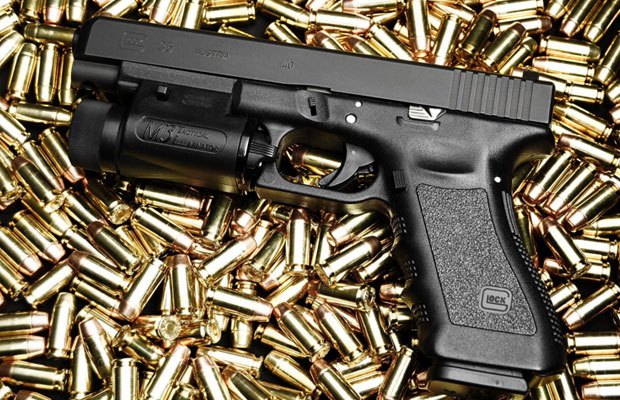 For many preppers, a firearm is a must-have item for dealing with the aftermath of a potential SHTF or grid-down event. Firearms in the hands of properly trained individuals can prevent as well as cause death, so their use and acquisition isn’t something to be taken lightly. We routinely talk about firearms under the security category when I am mentioning the 4 things you should focus on when you are prepping, but simply having a weapon isn’t the end. You can check the box on having a firearm in your SHTF arsenal, but to be better prepared, you should look at what else needs to be planned for with that firearm to ensure that tool doesn’t become an expensive paperweight shortly after you need it.

Don’t get me wrong; just the fact that you have a firearm and a box of ammo is an advantage should you be called on to protect or defend your life, but history has shown us in order to be more fully prepared, there are other considerations that you need to account for and these topics are what I wanted to bring up today on the Prepper Journal. What are all of the other things you need to consider for your safety and protection that you may need to maintain that firearm and conversely your ability to protect yourself if the grid goes down?

Why do you need weapons if the grid goes down?

Before we get into the SHTF weapons checklist, I wanted to briefly paint a picture for you. Some disaster has happened and society is in chaos. Let’s take the example of an economic collapse which as I discussed the other day is a real and tangible threat our country faces. When millions (more) are out of work, services are cut and there are shortages on food, gasoline, power and protective services of police, people will get angry. Once they are angry, people will get desperate and once people get desperate, you better watch out.

A firearm is only a tool, but it is a tool designed to inflict mortal damage on your opponent. In the case of a desperate individual breaking into your home, would you rather have a firearm or harsh language? For me personally, I want firearms to be a tool my family has at our disposal in a case just like this. Above all things, I hope I never am forced to use a firearm in defense of my life or the lives of anyone in my care, but the pragmatist in me doesn’t believe for a second that people are always good deep down. I know people can be evil and act in ways that are dangerous. To believe anything else is foolish I believe so I prepare for evil and dangerous people while hoping I will never see that.

What are the best weapons for SHTF?

So if you are still hanging with me by now and don’t already have a firearm, you might be asking what are the best weapons to have on you in a STFT scenario. This question can be answered many different ways and I have actually written on this subject before. If I am looking holistically at an array of weapons you need for many different STHF scenarios, I would make similar recommendations as in our Top 5 Firearms You Need To Get Your Hands On Now, but this is an ideal scenario, not just what is necessary.

I have also recommended a shotgun as the best weapon for home defense under the assumption that if you only had time/money to purchase one weapon, what would that be. For a SHTF scenario, I think I have changed my mind somewhat on the best single weapon to a pistol. I read a post from FerFal who has his own blog. Ferfal lived through the Argentinian economic crisis and he makes a compelling case for the pistol as the best weapon for SHTF and I tend to agree with him. The main reason is that a pistol over any rifle or shotgun is highly concealable. Even if there is an economic collapse, life won’t immediately turn into Mad Max so as FerFal rightly proposes, you will still have to function in society for some time before you can whip out your camo outfit and go running down the streets geared up for battle.

The right pistol can be used for home defense easily and as I mentioned above, you can take it outside with you concealed so you can also have protection away from your home. I do still think that ideally you would have more weapon options, but a pistol would seem to be a priority for living in the immediate aftermath of any SHTF fallout.

What else do you need for SHTF?

OK, so for the rest of this article we are going to assume you have procured a SHTF weapon of some form, likely a pistol but what else would you need? A firearm is just a tool like I said and that tool needs several things to function ideally in bad situations for a long time. When we are talking about SHTF, you aren’t getting much worse than that and we will also assume a trip to Walmart or your local Sporting Goods store is out of the question. 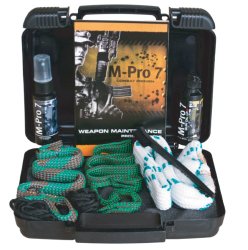 Ammo – Any weapon you have is going to need ammo and many people have asked me how much ammo do you need. Each person has to answer this question for themselves. I know some preppers who will say you can never have too much ammo. These people plan to not only never worry about running out, but logically state that ammo will be more valuable than precious metals after a collapse. Selco, who runs SHTFSchool.com and who lived through the Bosnian War where his city was under siege for years wrote that he personally gave all his gold for ammunition. Now, he says he keeps 2000 rounds per weapon. Your mileage may vary but consider how much ammo you need if you can never go to the store again. How much do you think you would need for one week? For one month? For one year? Purchase Hollow-points for damage and ball for practice.

Magazines – Most new pistols will come with one or two magazines, but what if you lose one? What if during the chaos of a firefight, home invasion or attempted car-jacking you have to change magazines and in the panic, leave one on the ground that you aren’t able to find? Do you have spares to replace what could be lost? What about your AR-15? Do you have enough magazines for a load out and spares to replace those if you have to ditch your gear for some reason?

Holsters – This is one thing I think most people overlook and that is a good holster for your pistol. Sticking this down your pants isn’t the ideal way to carry concealed so a good holster is really important to have if you plan on carrying that firearm around with you. I would opt for a good concealed holster first and then get your go to war holster if you need one after that. Most people will only ever need a good concealable holster.

Spare parts – Things break all the time and you won’t be able to log on to Amazon.com to get 2-day free shipping in order to be resupplied after SHTF. You can now purchase spare parts for your weapons online easily so it may make sense to have spare parts on common items that may need replacing(if any) on your model of firearm . One of the reasons I like sticking to one weapons platform is that parts are interchangeable in many cases. I am partial to Glock so some of my magazines, all component parts and some barrels are interchangeable with different Glock weapons I own.

Training – Training is crucial because even if you have the best firearm in the world, pallets of ammunition and enough spare parts to last a lifetime, you still need to know how to use that weapon. Training at a minimum should enable you to safely use the weapon to hit what you are aiming at. You should be comfortable reloading ammunition, changing magazines, clearing jams or malfunctions and taking the weapon apart and putting it back together for cleanings. There are all forms of advanced tactical training courses out there too, but know the basics first.

I think that if you have a plan to keep a firearm for self-defense and you foresee a situation where you could be putting this weapon to use in a bad scenario, you should consider the checklist above. Do you have these bases covered? Did I miss anything?