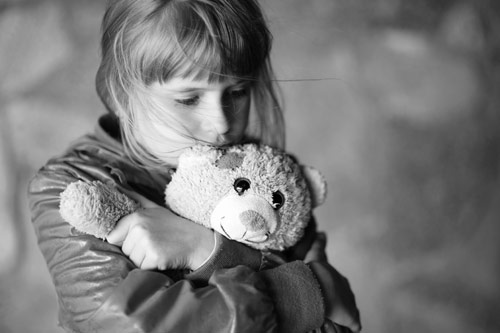 The Washington Department of Social and Health Services is about to change the very nature of who is or is not responsible for making life changing decisions for your children. Whether you agree with yearly flu vaccines or not, the following report from Tacoma, Washington should scare the hell out of you because if the government moves forward with their threats then every child in America will effectively become a ward of the state.

A state bureaucracy is threatening a mother with removal of an infant unless her entire family subjects themselves to flu shots.

This is the dilemma that foster parent Jamie Smith is currently facing. The Washington Department of Social and Health Services (DSHS) is giving the Tacoma family until February to comply with the mandated regimen of influenza vaccines — imposed on every member of the family — or else they will lose their youngest child, a 2-week-old foster infant that was born on Christmas.

This particular case involves a foster child, but make no mistake, the state, should they choose to do so, can utilize the same strategy against you and your biological children.

In fact, the medical tyranny in America has reached astonishing levels, as evidenced by the recent case of a 17-year old who was taken from her parents when they (and she) refused chemotherapy treatment for lymphoma. What’s frightening about this is that the Connecticut Supreme Court upheld the state-sponsored kidnapping and subsequent forced medication of a minor as a Constitutional Act.

This particular story centers around 17-year-old Cassandra Callender who, after being diagnosed with cancer in September and taking two treatments, ran away from home for a week in November because she did not want to take anymore. Cassandra has said that she feels chemotherapy is a poison and, that the girl, “believes chemotherapy would cause significant long-term bodily harm, like organ damage and infertility,” reported Vox. When she returned home, Cassandra refused to take anymore chemo and her mother stood by her daughter’s decision.

When the mother stood by her daughter’s decision and they refused to take any further treatment, the hospital reported Cassandra’s mom Jackie to the Connecticut Department of Children and Families (DCF) who took Cassandra away and ordered the family to comply with the treatment.

Make absolutely no mistake; such jackbooted mandates will continue to expand and they will rip American families to shreds in the process.

In Tacoma, the baby in question is a foster child, so it’s easy to discount the plight of the family. In Connecticut, the 17-year old minor has a disease that may well kill her without chemotherapy. Nonetheless, the state has determined that it has an obligation to step in and physically remove children from their parents if they refuse to administer treatment recommended by the medical community.

These reports are easy to ignore if they are not coming after your kids.

But what happens when a psychiatrist determines that your child has ADHD or oppositional defiant disorder and the recommended medications for treatment and you refuse? How long before the state comes after your children?

According to a recent report about the DSM-5, the psychiatric manual used by professionals to make determinations of one’s mental health, the odds are greater than 50% that you or your child will be diagnosed with a mental disorder.

For example, under the new guidelines if your 6 to 18 year-old child throws a temper tantrum from time to time or has a mood swing, a psychiatrist could diagnose the condition as a “Disruptive Mood Dysregulation Disorder” requiring professional treatment.

Are you over the age of 55 and have “senior moments” like forgetting where you put your keys? If so, then in all likelihood you have a neurocognitive disorder.

Do you stockpile food, supplies or other items in anticipation of a disaster? If so, you may have what’s called an obsessive compulsive hoarding disorder.

Once that diagnosis is entered into national Obamacare databases you’ll likely see a number of things happen, including being added to watchlists or having your Second Amendment rights stripped. Additionally, given that courts across the country are upholding such actions by the State, there is a real possibility that in the future, whether you are diagnosed with mental instability or a medical condition, agents of the government will have the legal pretext to enter your home, kidnap you at gun point and administer the State’s recommended medicine – for your health and well-being, of course.

How far will the American people let them go before enough is enough?

Low Inflation? The Price Of Ground Beef Has Risen 17 Percent Over The Past Year