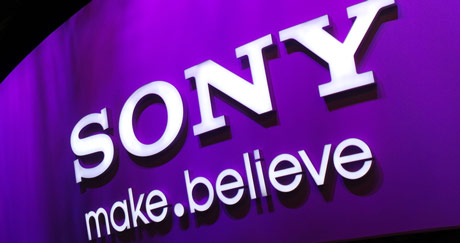 Though the U.S. government’s official position is that North Korea is to blame, it’s not clear exactly who has hacked Sony and one could argue that it is nothing more than a propaganda show designed to distract the American public from more important matters like a collapsing global economy, problems in Russia or the fact that our Congress just passed a spending bill padded with all sorts of goodies for banking behemoths.

But it has nonetheless been interesting to observe.

So much so that even the President of the United States has now gotten involved. After Sony reportedly pulled ‘The Interview’ from theater distribution earlier this week in response to threats of a “9/11-style attack” from the hacking collective that calls itself the Guardians of Peace, the President said in a press conference that Sony executives made a mistake.

“I am sympathetic to the concerns that they faced,” Obama said. “Having said all that, yes, I think they made a mistake.”

“I wish they’d spoken to me first [before canceling the release of the film],” Obama said later.

“We cannot have a society in which some dictator someplace can start imposing censorship here in the United States,” Obama said. “If somebody’s able to intimidate folks out of releasing a satirical movie, imagine what they start doing when they see a documentary they don’t like, or news reports they don’t like. Or even worse, imagine if producers and distributors and others start engaging in self-censorship because they don’t want to offend the sensibilities of someone whose sensibilities probably need to be offended.”

Indeed, that’s one statement from the President we can agree with.

Sony supposedly pulled the movie because theaters that were going to show the flick were threatened with terrorist attacks. That, of course, is an easy out for executives at the firm, because just a couple of days earlier the ‘GOP’ hackers warned Sony of a Christmas surprise. Specifically, they said that if the movie opened as scheduled they would release even more damning evidence and information against the company. In fact, they even released a massive digital file named after the CEO of Sony, Michael Lynton, and said it would be decrypted for the public if Sony didn’t back off.

Given what we saw from the previous Sony hack, Lynton must have realized that failing to heed the hackers’ warnings would be a career ender for him. So, in the interests of self preservation, Lynton jumped on board with ‘The Interview’ ban in the hopes that all of his problems would go away.

But as you might have expected, when you negotiate with terrorists, it will only lead to more demands.

Appeasement was a failed policy under Neville Chamberlain that allowed Hitler to continue to Blitzkrieg Europe, and as noted by well known Hollywood actor Rob Lowe, it is a failed policy for Sony.

In the spirit of Kim Jong Il, Un and the rest of the world’s dictators, the hackers now want all traces of the movie’s existence removed from the annals of history… or else.

“It’s very wise that you have made the decision to cancel the release of The Interview. It will be very useful for you,” CNN reports the message as reading. The email concludes, “We will ensure the security of your data unless you make additional trouble.”

Unfortunately for Sony, that “trouble” includes a laundry list of perceived issues: “Now we want you never let the movie released, distributed or leaked in any form of, for instance, DVD or piracy,” the message reportedly says. It also says, “And we want everything related to the movie, including its trailers, as well as its full version down from any website hosting them immediately.“

But why stop there?

Why not force all American movie companies to simply submit all of their scripts and production plans to the hacking collective for approval?

We understand Sony’s decision was based on the self preservation of its executives in this matter. But from public relations perspective the company completely fumbled the ball on this one.

They could have taken the short-term pain and went with the release of the film. The hackers would have released the emails. More than likely heads would have rolled at the executive management levels of the company. But the company would have, at the very least, been seen as an organization that is prepared to do as they said, which is to “stand behind the free expression” of the artists involved in their films.

Now they are seen by the American public as weak and spineless.

And guess what? Chances are that all that sensitive data is going to be released anyway.

This is what happens when you cave in to the demands from terrorists. Moreover, Sony just sent a clear signal to the rest of the world that American companies are more than willing to negotiate.