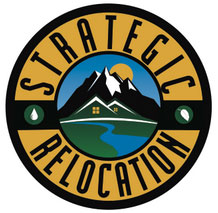 Editor’s Note: This week survival expert Joel Skousen continues his Strategic Relocation Briefings and takes us down south to the largest state in the lower 48 – Texas. It’s no secret that Texas has one of the country’s most thriving economies and gun laws that closely mesh with the Second Amendment. With plenty of land for everyone, many Americans who are tired of high taxation and restrictive state laws have made their way to the Lone Star State in search of greener pastures. But even though it is an attractive place to live with many benefits, there are some specific considerations that need to be made if you’re looking to set up a homestead or survival retreat. It’s a big state with varying terrain, climates, politics, crime rates and demographics, so before you move give the following analysis a read.

For information on other areas from coast to coast check out Joel Skousen’s previous briefings.

To see what properties are available in Texas and throughout the U.S., visit the Strategic Relocation Real Estate web site (each property includes survival ratings!) . If you have questions about finding the perfect home or retreat don’t hesitate to contact the pros at Survival Retreat Consulting.

More SR Briefings:
How To Position Yourself To Survive A Major TEOTWAWKI Event
One Of The Best Bug Out Strategy Guides You’ll Ever Read

This week we’ll take a look at the pros and cons of selecting Texas as a retreat location. One of the best things going for Texas is its sheer size. You can drive all day across Texas and barely reach another state—and in the many rural counties, that means fairly low population density, and much of that is due to lack of rainfall. Texas has multiple climate zones, from continental (hot and dry) in West Texas to humid subtropical near the Gulf coast. The Panhandle of the state has colder winters than central Texas, while the Gulf Coast has mild winters. Rainfall varies from 55 in/yr in the east to less than 10 in the West near El Paso. Dallas in the North Central region averages a more moderate 37.

Texas has several major advantages over other states as a relocation destination. 1) it has a low cost of living, 2) no income tax, 3) a fairly strong “don’t mess with Texas” attitude among real Texans (who don’t live in Dallas), and 4) the amount of wide open spaces still available.

Negatives about Texas are, 1) the deep roots of corruption in Texas, 2) the softening of the traditional Texas toughness by soft living and wealth, and 3) the steady encroachment of Latino gangs, crime, and their tendency to support democratic socialism.

In short, because of the sheer size of this state, you can find medium-term safety in rural areas, and enjoy a low cost lifestyle as well. However, like all southern Border States, the illegal alien threat will eventually overwhelm the area. Like Arizona, Texans suffer from the failure of the federal government to enforce immigration laws and secure the border. Also in like manner, conservative Texans are easily fooled by politicians who talk and walk like traditional Texans and who say what conservatives want to hear, but are in league with powerful and corrupt national forces which intend to subvert traditional values in this once great state.

There are also some major threats to Texas in a nuclear war. Texas Senators have used their insider connections with Washington for many years to bring military installations to Texas—good for jobs, but not so good when it puts civilians at risk during war. Naturally, the largest metro areas in Texas are also subject to mass social unrest following a major attack or any crisis accompanied by the cutoff of supplies and public services: Dallas/FortWorth and Houston are the worst. But also at risk are San Antonio, Austin, and Amarillo (due to the Pantex plant threat—a prime nuclear target).

In many parts of Texas the rock-like soil is a liability in terms of building a retreat—the presence of either a hardpan subsoil (Caliche), or the infamous Vertisols types. Vertisols are expansive clay soils that cause buildings to heave upwards in the rainy season or sink during dry spells. Both types make building secure basements an expensive and costly project. Before you buy land in Texas, you must check local soil maps at the county extension office to make sure you aren’t buying land that is non-farmable or where basements are not feasible.

All of the major metros in Texas are too big to survival social unrest in a major crisis, so you should plan on a rural retreat—and those should not be within a hundred miles of the Mexican border. That’s where the jobs are, however, so if you must live in the Dallas area/Fort Worth area, your best retreat sites are further East into the pine forest country of East Texas (Athens, Palestine).

This is the beautiful pine country near the Louisiana border and on down to the Gulf Coast, but stay clear of Houston. Naturally, the Gulf Coast portion of this area within 25 miles of the water is not recommended due to the threat of Hurricanes. This is a huge area where one can find mild weather, good water, rural farm land clearings and down to earth people. However, keep in mind that the towns closest to Dallas and Houston will eventually receive a lot of refugees, so keeping to the central zone around the Angelina National Forest will give you the most buffering distance. We should also mention the area above I-30 which approaches the Oklahoma Ozarks. Rural farm retreats outside of Clarksville and Paris are very rural and provide good safety.

There are a few smaller cities north or of Dallas (Sherman and Denison) or northwest (toward the small towns near Witchita Falls) that are much safer than Dallas itself. When figuring out an escape plan from any major metro like Dallas, take note of major obstacles like beltways, or major rivers and lakes. There are three major lakes north of Dallas, Lake Ray Hubbard, Lake Dallas and Grapevine Lake, all of which are major obstacles that channel traffic into confined areas. Don’t locate where you can get trapped between the city and these chock points.

In the Houston area, you want to locate on the periphery in a northerly arc, centered around Spring, Texas. Your best retreat sites are NW into the pine country of East Texas. In the Austin area, you should select a location in a western suburbs because the best retreat areas are farther to the west. The closest ranch areas are around Lake Travis, which because of its shape provides a major obstacle for refugees, if you locate so that the lake is between you and the city. In San Antonio, we recommend you locate outside the Charles Anderson Loop Hwy, on the north. Best exit routes are Hwy 281 to Fredricksburg, or 16 to Kerrville, into what they call the “Hill Country”

The Texas Hill Country: This is the only suitable retreat area in southwest Texas, and it is especially suitable for people who live in South Texas. Unlike most of Texas, this country is hilly, which has some strategic advantages. It encompasses the counties to the NW of I-35 which connects Austin and San Antonio. The central cities in the hill country are Kerrville and Fredericksburg, though it extends farther north toward Llano as well. It has some forestation (a mix of Pines, Live Oaks and Cedars (which are now proliferating and soaking up a lot of ground water. Its major liabilities are lack of water, rock outcroppings and hardpan Caliche soils (making basements expensive), and proximity to the border. The Hill Country is also getting fairly expensive since a lot of wealthy are building ranches and second homes in the area.

For both the Austin area and the Dallas area, there’s one other area of farms and ranches to the West of Dallas and the NW of Austin you ought to consider that I think is superior to the hill country. It’s farther away from Mexico and has more water, and deeper soil (before you hit hardpan) than the Hill country—hence the farms and ranches there are more productive. It’s a fairly large area bounded by Brownwood on the south, Stephenville on the east, Cisco to the North (but away from I-10) and Coleman to the West.

In Amarillo, you want to avoid the nuclear assembly plant (Pantex) 17 miles northeast of the city just north of Hwy 60. The city of Amarillo is not in the blast zone, nor is it in the normal fallout wind pattern if the plant is struck (a certainty, due to nuclear weapons being stored there). Nevertheless, it would be better to locate on the West side of town and have a secure home or retreat.

The Texas Panhandle: There are some fine agricultural areas in the Panhandle from Lubbock north to Amarillo, particularly in the Plainview areas. Flat land doesn’t make for retreats per se, but this area is so vast and rural that it does provide relative safety. Remember that a key part of survival is being able to grow food in areas that don’t have a lot of starving people. There are ranges of hills and rough country where rural retreat cabins can be located. While rougher and less forested, the rugged country north of Amarillo, and its small towns, provides good long-term safety where you have water.

Best of all, in rural Texas, you meet the best of the original Texans. They are mostly like-minded, try to be self-reliant and are very conservative.

Find your perfect home or retreat property at the Strategic Relocation For Sale By Owner web site or contact Survival Retreat Consulting for assistance with your questions.

Survival Strategies For When Something Big Goes Down

The Reality of Survival Communities and Ready Retreats

Strategic Relocation: One Of The Top Rated Areas In North America