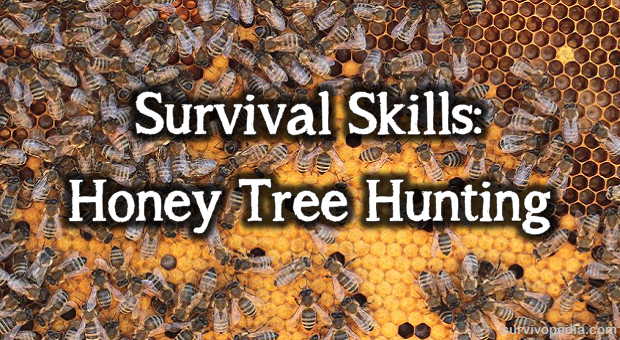 Honey is that stuff dreams are made from. Seriously speaking, when we’re talking about super-foods, honey is among my favorites. That modest jar of honey in your cupboard is much more than an exquisite sweet-tooth remedy; it’s an actual survival food and a natural medicine.

I think that Hippocrates said “let thy food be thy medicine and thy medicine be thy food”. Honey is the definition of both.

Honey’s outstanding nutritional and healing properties have been known and used by human kind for centuries. Basically, this substance secreted by bees is a wide spectrum natural antibiotic with zero toxicity (there are no allergies related to natural raw honey as far as I know). It’s excellent for treating wounds, influenza, high cholesterol, heart disease and all sorts of respiratory infections.

Also, honey can be described as the ultimate survival food, with an almost infinite shelf life (honey found in ancient Egyptian tombs is still fit for human consumption), nutrient dense and packed with mineral, vitamins, probiotics and antioxidants.

The best thing about honey is that it can be found out in the wild and, in a survival situation, honey can truly be a life-saver, being calorie rich thus helping to boost your energy levels. Why is honey a survival food? Well, besides being used as a source of food when stranded in the wilderness, honey has miraculous healing properties.Ancient Greeks and Romans treated their wounds with honey, thus preventing them from infecting due to its anti-microbial and anti-bacterial properties.

Honey also works wonders in healing sore throats, coughs, sunburns, severe 2nd degree burns, rashes, scrapes, cuts, acid reflux, intestinal parasites, allergy relief, boosting immunity and so on and so forth. And the best honey in the world is wild raw honey, which is the point of today’s article.

For thousands of years, humans practiced the ancient skill of honey tree hunting and even in our modern day and age, being capable of finding and harvesting wild honey in a survival situation can make a difference between life and death.

Honey tree hunting is an ancient craft that can be described as basically following wild honey bees on their way back to their colonies. Usually, feral bees build their hives in hollow trees, hence the name of tree hunting.

Learning and practicing this skill can prove to be very lucrative not only in the probability of a SHTF scenario, but you can also capture a wild hive of bees and bring it to your home, starting your own apiary in your backyard, free of charge.

Honey tree hunting is at least 8 millennia old and it’s among the most popular activities known to mankind. It was inspired after watching bears following bees and enjoying the wild honey upon discovery.

In the medieval ages, honey tree hunting was a royal sport practiced just for the fun of it, as was the case with fishing and hunting. The name of the game was to find the wild hives, usually nested in hollow trees or rocks, and to get the prize honey, because “to the victor go the spoils”, right?

Bees are well known for their acute sense of orientation, acting just like homing pigeons. This quality made the task of the hunter, i.e. finding the bee hives, relatively easy: basically, all you have to do is to follow the bees. Also, it’s a well-known fact that after feeding, bees tend to get back to their hive in an almost straight line.

How Does It Work?

So, the general principle is to watch for wild bees on their way back to the nest, as they tend to fly in a “bee line” which can be “triangulated” very easily, if you’re paying attention. 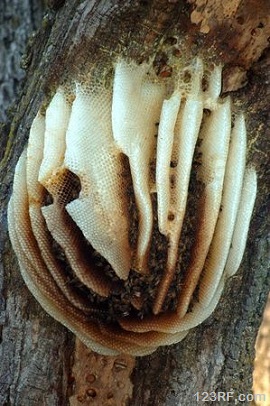 Always keep in mind one simple thing: never try to find a bee hive in the woods by yourself just by wandering around. You’ll waste your time and your energy in a useless attempt and will most likely find nothing. The only way to do it (except from blind luck) is to follow the bees; that’s all there is to it.

The next question that comes into play is the following: what if there are no bees around? Well, the answer is that you must try to lure them. Just like when fishing, you can use sweet bait, like a piece of honeycomb (if possible), or a piece of sugar or chocolate (or a fruit) in order to lure the bees, thus making your job easier.

Another trick when honey tree hunting is to choose a cloudy day for bee spotting, as bees are way easier to notice on a cloudy, darker “background” than in a clear blue sky.

The best opportunities for tracking wild bees are in the early spring months, because the insects are winter hungry and can be easily noticed while harvesting the pollen and what not. The honey tree hunting season lasts for as long as the bees are capable of flying, which makes for about half a year (longer in warmer climates).

The bee hunter has a simple task: to discover the path to a wild hive by spying the worker bees full of nectar on their straight path to home. It may be difficult to spot a particular bee, as it may visit tens or hundreds of flowers until getting back to the colony with its belly full.

Hence, you should try to solve this problem by providing the bees with enough bait in one spot. Artificial nectar consisting of a 50/50 mixture of water and sugar is the easiest to procure and is the most efficient form of bait.

After the bee fills up at your personal nectar station, it will usually head back to its colony in a relatively straight line.

Keep in mind that you’ll need to observe more than one bee in order to determine the exact heading of the wild hive, and I am talking about the aforementioned bee-line. Usually, a bee flies in circles around the bait, in order to fix the coordinates of the “free meal” in its mind for a later feast.

As the bee flies around the target, the circles keep getting bigger and bigger and in the end it will be gone with a “bang”, making it very easy to lose sight of your prey if you’re not paying enough attention. In a real life scenario, you must observe several bees and make a mental note of the general direction of every bee’s departure; after observing a number of paths, you’ll be able to determine your bee-line, making an average heading to the wild bee hive.

Remember that outgoing bees always circle the “filling station” before departing, so it would be easier sometimes to determine the general heading of the colony by relocating yourself farther from the bait; in this way it would be easier to spot arriving working bees, as they’re coming in on a straight trajectory from the bee hive until they’re very close, at which point the circling commences (they do that at arrival too).

Eventually, you’ll be able to determine the bee-line after observing enough “traffic” and you can bet that the honey tree is somewhere along the respective line.  Of course, you’ll still have to find the hive. That’s the easy part of the job though, as bees tend to build them in the rotted out centers of trees, which are mostly live oaks, poplars, maples and black gum trees (at least in North America).

How to Get to the Sweet Stuff

Obviously, bees will not surrender their honey without a fight and they can be really dangerous with their venomous stings (they can transform into raging demons if provoked), especially if you’re allergic to bee venom. It would be wise to wash yourself thoroughly and your clothes too before the attack (bees hate foul odors like perspiration) and wear several shirts, gloves and a head net or something similar.

Try to avoid dark colors and gear made of animal fibers (like wool), as they tend to provoke the bees.

For a successful honey tree hunting operation, smoke is the key. The general idea is to create a heavy smoke that will disorient the bees while you’re robbing them of their honey. You can burn plants, wood, pine needles or anything good for this purpose (smoke that is) and waft the smoke into the hive’s hole.

Afterwards, while the bees are distracted and panicked by the smoke curtain, you can cut a part of the honeycomb using a sharp tool (a knife would do) and don’t get greedy by trying to take the whole hive with you. If you do, you’ll have another thing coming, as bees will hunt you down and that’s not advisable if you value your physical integrity.

For a successful operation, make sure that you’re targeting an actual honey-bee (Apis mellifera) because not every buzzing insect leads to honey. If you’re a total noob, you can stumble upon yellow jackets and wasps which also make nests, but you won’t get any honey and you’ll be in a world of pain if messing with them.

Do you have more tips on honey-tree hunting? If so, please share them in the comments section below.