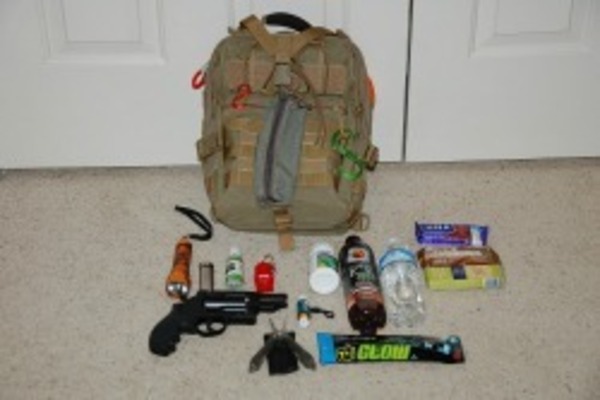 What if SHTF?  You are the only one home at the time when it hits.  Your kids are grown and gone.  Your wife is gone at work.  It is dark outside.  You hear nothing; see nothing.  There are no cars on the streets. When you finally venture out of the house early the next day, you see nobody on your neighborhood street.  The following day you find no one on any streets in your entire neighborhood.  You retreat back home and lock down in earnest.  There are no cars on the streets.  Normally you can hear 18-wheelers on the interstate highway just two miles away. Now, nothing. 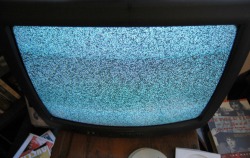 Since it hit the fan, the electricity has been off.  City water is still on, thank goodness.  The natural gas stove still works.  For now, that is. Cell phones are dead.  FM and emergency radio channels yield only a static buzz. The police scanner scans and picks up….nothing. What do you do now?

It is time to execute your Plan A, the Bug In Option. Now you fully secure the house and implement your PDWs (personal defense weapons).  Everything is locked and loaded. Various firearms are stationed near primary exterior doors with loaded mags or pouched ammo within reach.  Your CCW weapon of choice is on your waist and an AR is nearby at all times now. Time to focus.  You break out all your prepper emergency gear and supplies. You lay it all out in plain view. Water, food, candles, flashlights, meds, batteries, extra firearms, survival knife, ammo packs, first aid and all else. Everything is organized, grouped, and put within easy access.

You hydrate, eat, bathe, and rest.  You watch out the windows, moving quietly and judiciously around the house.  At night it is mostly a total blackout, so as not to draw attention from outside.  If you want light to read, or study, or rest, you use an interior room with no windows like a bathroom, closet or laundry room.  All noise is kept to a whisper.  Later, you elect to slip out a back door, well-armed, to recon the yard, street, neighborhood, venturing as far as you dare.  After sundown, that night vision scope really comes in handy.  You stop often to listen, smell, peer, and move cautiously. 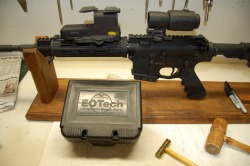 The next night you spot a dim flicker of a light in one house down the street. In another house a form of a shadow moves across a corner window. There are still no cars on the streets, no police, no national guard, no planes overhead, and no more highway noise off in the distance. You vow to knock on those two doors the next day, but you change your mind.

Days later the FM radio blares on. The announcement is like a weather warning but not the same. It is recorded and orchestrated. The news is confusing without many details, but some kind of an explosion or more has occurred and this caused a massive grid shutdown. There was no clue given about how extensive it was or how it has affected your general area. It is frustrating.

You learn that this final announcement that came before the full extent of the SHTF event warned everyone to stay put wherever they were and not to venture out. You missed that report, but it explains a lot. You worry again where your wife is and if she is OK. You worry the same for your kids hundreds of miles away. There is no way to know their fate.

This worry emboldens you to visit the two houses where you spotted signs of life. As far as you know, the air is not toxic. Birds are flying and squirrels are playing in the yard as usual.  For a moment you see a dog run across the end of the street. Still no people or cars.

Now you wish you had at least met your neighbors down the street, but at least you have the neighborhood directory and look up the names of the residents in those two homes before you knock. You think, at the very least, it is best to be able to call them by name.

In the daylight no evidence of residence can be seen. There is no answer at the first house and no sounds come forth. At the second try a meek, scared voice asks your name. You speak your name and they recognize you as an administrator from the local college. That gives you some credibility, but the guns you carry are a bit discomforting to them. 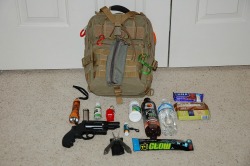 You assure them you are no threat, because you are not. They know your wife, so they open the door just enough to peek. It is a relief and a welcome comfort to see another human face. The family inside is from Japan, here now as the husband is an engineer with the nearby automotive manufacturing plant. You are invited in. They exhibit signs of fear and caution, which is expected given the circumstances.

Their supplies are meager as the event has caught them completely by surprise.  With two smaller kids, they have a lot to manage.  They never ask for anything from you.  They have city water, too, with filled vessels in plain view as well.  You note a pan of rice on the stove.  They have one flashlight, but the batteries are dead. You promise to bring them more and some candles.  They are receptive of your visit. They become trusting and kind. You reciprocate.

The man of the house speaks English quite well.  He was coming home when he heard the radio announcement.  He locked up the house and hunkered down.  The guy is smart and displays common sense.  They have no firearms, but you note a golf club at the front and back doors.  Work with what you have,’ you think. You ask about the other house across the street. They have nothing to report.  Their only radio is in the car which they listen to daily.  You assure them of your support and offer to visit them again the next day with some supplies.

On the walk back home, you round the corner and coming down the street is a military vehicle with some personnel walking alongside.  They spot you, armed.  They display their weapons as the vehicle comes to a halt. For moments you stand there staring each other down.  What do you do now?  Fiction or reality to be?

15 Tips For Surviving Journeys Through The Wild

Is your Bug Out Bag Going to Get You Killed?