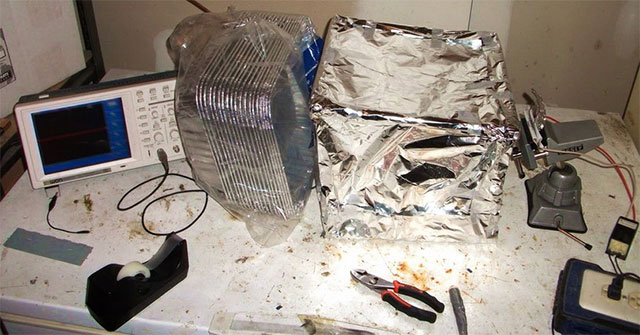 The threat of an EMP (electromagnetic pulse) attack is always looming, which is why having an EMP protection plan is important. Electronics would be damaged by an EMP in two ways: direct EMP radiation from E1 and E2 pulses and voltage surge from an E3 pulse.

E1 and E2 pulses would send massive amounts of electrical energy into the atmosphere, where it would be attracted to anything metal. This would then enter electronics and burn out their circuitry. Wireless devices are less likely to be damaged because wires could act as an antenna and capture that electric energy.

The third pulse, E3, would affect the electromagnetic field of the earth, which would cause a massive voltage surge in power lines. Any plugged electronic device would receive this surge, blowing through any surge protectors you might have and overloading the device’s electronics. Fortunately, there are ways to protect your devices from an EMP attack. Here are some of them:

Why should you protect your electronics from EMP?

There are two main reasons why you should protect your devices from EMP. For one, having the ability to communicate through radio and generate power would be useful and would give you a huge tactical advantage to survive in a powerless world. Second, you could store massive amounts of information in digital format. (Related: Are you prepared for an EMP attack? Stock up on these items that will continue to work after one.)

Sponsored solution from the Health Ranger Store: Lab-verified Nascent Iodine solution is a dietary supplement that provides your body with supplemental iodine to help protect your thyroid during radiation exposure. Nuclear accidents such as Fukushima (or nuclear war) can expose your body to radioactive iodine-131, a dangerous radioisotope. Pre-loading your system with stable iodine occupies the iodine receptor sites on your organs, causing your body to naturally expel radioactive iodine you may have been exposed to through air, food, water or milk products. This defensive strategy is recommended by nearly all health authorities, worldwide, including the Nuclear Regulatory Commission. Discover more at this link.