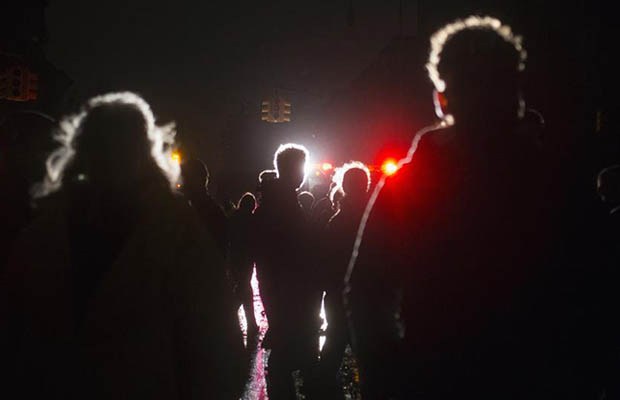 Editor’s Note: This post is another entry in the Prepper Writing Contest from Marshall Prepper. Prepping is a combination of many disciplines but no matter which aspect you are looking at, simply acquiring stuff won’t get you truly prepared for anything. You can purchase a firearm, but if you don’t train with it and understand how it feels, what it does and how to use it properly, it could never be as effective as you hope. Dealing with a grid down scenario is no different but there is a simple way to gain experience by testing your preps one weekend. Marshall tried it and shares her experiences below.

Most of us take for granted the constant luxury of having electricity. Almost every minute of our day involves using computers, appliances, lighting, heating, air conditioning, etc. My husband and I have been slowly prepping for a number of years, and feel we have most bases covered. However, how could we know for sure?

So, we decided to test our preps for a weekend with no electricity. On Friday night after work, we shut off the main breaker to our home. Our family, including our two teenagers, have gone camping occasionally, so we figured we could handle this easily. We purposely did nothing extra to prepare for the test weekend. We wanted it to be just as if the power had gone out during our normal daily life.

We live near a large city in the desert southwest, and it was now late summer. Temperatures during the day were still averaging 100 degrees, and low 80s at night. Being without air conditioning was going to be a challenge. We lit candles and had a simple dinner warmed over a campfire pit in the back yard. We had a pleasant evening sitting around the fire, talking and roasting marshmallows. Everyone settled into bed about an hour and a half earlier than normal, as there was no electricity for iPads, tablets, and laptops for the usual late-night internet surfing.

The next morning, we awoke at sun up, well rested from the extra sleep. We were quickly brought back to reality when the hot water for showers was only mildly warm. My husband and I were amazed at how our teenagers were suddenly able to shower in just a few minutes, instead of their usual 30 minute hot showers. (Note to self: turn down the thermostat on the hot water heater). My daughter and I had to forgo our usual morning routines of using a curling iron to style our hair, and opted instead for putting our hair up in a ponytail. Not as stylish, but certainly functional.

Because it was the weekend, my husband tried to be his usual efficient self and work around the house and yard, finding it somewhat difficult to do most projects without the use of his power tools. Since most power tools have a manual equivalent, such as a skill saw versus a hand saw, he had to locate the manual tools. Using them accomplished the projects, but it took him much longer than it otherwise would have.

Meal planning had to focus on using up food from fridge so it didn’t spoil. Breakfast was a simple bowl of cereal with milk. Not much work to prepare, very little clean up. Lunch was sandwiches. By mid-afternoon on the first day, we had used up all the ice cubes from the fridge, and were low on cold drinking water. We resorted to drinking room-temperature bottled water. However, it just didn’t have the same thirst quenching satisfaction of an ice-cold drink.

During our “grid-down” test, we still had running water. If the power outage were wide-spread and

lasted indefinitely, we would soon likely have not had running water either, and would have had to use our reserves and begin to find alternative sources, or consider bugging out. When Sunday night rolled around and we finally turned the power back on, we were all a bit relieved to have life back to normal, and we had learned a few lessons from our weekend without electricity:

1. A small fire pit in our back yard, which we installed several years ago, was a good resource. Besides being able to enjoy a fire on a starry night with the family, the fire pit was an obvious choice for cooking food without electricity, and served as a gathering place to entertain the family in the evening after dark. Keeping an adequate stack of firewood on hand, or the ability to gather wood, will be a priority.
2. Use more paper plates, less dishes and pans that need washed. Plan simple meals that won’t require lots of pots and pans to prepare.
3. Bathing became a concern, as there was no hot water after the first morning. We heated water in a large pot over the fire pit, and each used a washcloth to bathe. If electricity were off for an extended period, a camping shower (hanging black bag) or other make-shift shower would need to be created.

4. Don’t have so much frozen food on hand. Our small chest freezer was nearly full, and had this been an extended power outage, most of the food would have gone bad before we could eat it.
5. Need to identify a bug out location if power outage during summer (no air conditioning). We have mainly focused on having a “shelter-in-place” approach, but now more clearly understand there are situations that could warrant not being able to stay or survive at home. During the hottest months, our air conditioner runs 24 hours per day, and staying could mean being overcome by heat exhaustion.
6. The small cell phone solar chargers we got from a discount tool retailer failed miserably. They didn’t live up to the promises on the packaging. Had we needed to rely on them as our only source of power to charge cell phones, we would have been sunk. This lesson could apply to most store-bought preps—make sure you try them out before your safety and well-being depends on them.
7. Home security quickly became a concern. Without air conditioning, it was difficult to sleep at night because it was so warm and we needed to have the windows open. While our house security alarm does have backup battery power, it may not be long enough to maintain household security during an extended power outage. We plan to increase the security of our doors and windows.
8. And finally, we learned the value in testing your preps. You can plan and prepare thoroughly, but until you actually put your preps to the test, you won’t know what works and what doesn’t, or where the holes are in your planning.

Have you tested your preps? Mark a date on your calendar and just do it. You will be glad you did!