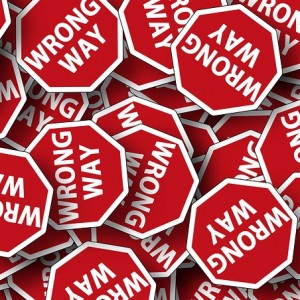 The American people are feeling really good right about now. For example, Gallup’s economic confidence index has hit the highest level that we have seen since the last recession. In addition, nearly half of all Americans believe that 2015 will be a better year than 2014 was, and only about 10 percent believe that it will be a worse year. And a lot of people are generally feeling quite good about the people that have been leading our nation. According to Gallup, once again this year Hillary Clinton is the most admired woman in America and Barack Obama is the most admired man in America. I don’t know what that says about our nation, but it can’t be good. Unfortunately, when things seem to be going well common sense tends to go out the window. A couple days ago, the Guardian ran an article entitled “Goodbye to one of the best years in history“, and a whole lot of people out there are feeling really optimistic these days. But should they be?

Sadly, what we are experiencing right now is so similar to what we witnessed in 2007 and early 2008. The stock market had been on a great run, people were flipping houses like crazy and most people were convinced that the party would never end.

But then it did end – very painfully.

The signs of trouble were there, but most people chose to ignore them.

On Monday, the price of oil hit a brand new five year low. As I write this, U.S. oil is sitting at a price of $53.76 a barrel, which is nearly a 50 percent decline from the peak earlier this year.

There is only one other time in history when the price of oil has declined by more than 50 dollars a barrel in such a short time frame. That was back in the middle of 2008, shortly before the worst stock market crash since the Great Depression.

Unless the price of oil starts really bouncing back, the U.S. economy is going to be hit really hard.

Since 2009, oil industry employment has risen by 50 percent. And jobs in the oil industry pay quite well. One figure that I saw put the average weekly wage at about 1700 dollars.

But now we aren’t going to be gaining those types of jobs. Instead, we are going to rapidly start losing them.

Already, the oil rig count has dropped for three weeks in a row and is now at an 8 month low. And as the oil industry suffers, all of the industries that it supports are also going to start feeling the pain. In fact, Business Insider is reporting that Texas business executives are “freaked out” about what is happening…

Business executives in Texas are worried about the drop in oil prices.

On Monday, the Dallas Fed’s latest manufacturing survey showed that activity in Texas was slowing down.

The latest composite index came in at 4.1, widely missing expectations and down big from November’s reading. Expectations were for the index to come in at 9, down from 10.5 last month.

So while most Americans are feeling really good about the coming year, many of those with an inside view are becoming quite alarmed. One Texas business executive went so far as to say that the stunning decline in oil prices was “going to make things ugly … quickly.“

The following is an excerpt from a recent Zero Hedge article…

Oil’s collapse is predicated by one major event: the explosion of the US Dollar carry trade. Worldwide, there is over $9 TRILLION in borrowed US Dollars that has been ploughed into risk assets.

Energy projects, particularly Oil Shale in the US, are one of the prime spots for this. But it is not the only one. Economies that are closely aligned with commodities (all of which are priced in US Dollars) are getting demolished too.

Just about everything will be hit as well. Most of the “recovery” of the last five years has been fueled by cheap borrowed Dollars. Now that the US Dollar has broken out of a multi-year range, you’re going to see more and more “risk assets” (read: projects or investments fueled by borrowed Dollars) blow up. Oil is just the beginning, not a standalone story.

If things really pick up steam, there’s over $9 TRILLION worth of potential explosions waiting in the wings. Imagine if the entire economies of both Germany and Japan exploded and you’ve got a decent idea of the size of the potential impact on the financial system.

And that’s assuming NO increased leverage from derivative usage.

And yes, as that last excerpt mentioned, derivatives could soon become a massive problem. The big banks are holding trillions in commodity derivatives that could blow up if the price of oil does not rebound. Overall, there are five U.S. banks that each have more than 40 trillion dollars of exposure to derivatives of all types, and the total global derivatives bubble is at least 700 trillion dollars at this point.

At the same time, many are becoming concerned that the unprecedented bond bubble that we are witnessing could soon implode and trillions of dollars of “wealth” could disappear into thin air.

In fact, Bloomberg says that we should “get ready for a disastrous year” for bonds…

Get ready for a disastrous year for U.S. government bonds. That’s the message forecasters on Wall Street are sending.

With Federal Reserve Chair Janet Yellen poised to raise interest rates in 2015 for the first time in almost a decade, prognosticators are convinced Treasury yields have nowhere to go except up. Their calls for higher yields next year are the most aggressive since 2009, when U.S. debt securities suffered record losses, according to data compiled by Bloomberg.

That certainly does not sound very optimistic, does it?

If you do not think that there is a propaganda machine that tells us what to think, I want you to watch the video posted below very carefully. This video makes it so obvious that even a small child can understand it…

The post The American People Are Utterly Clueless About What Is Going To Happen As We Enter 2015 appeared first on The Economic Collapse.

If You Listen Carefully, The Bankers Are Actually Telling Us What Is Going To Happen Next