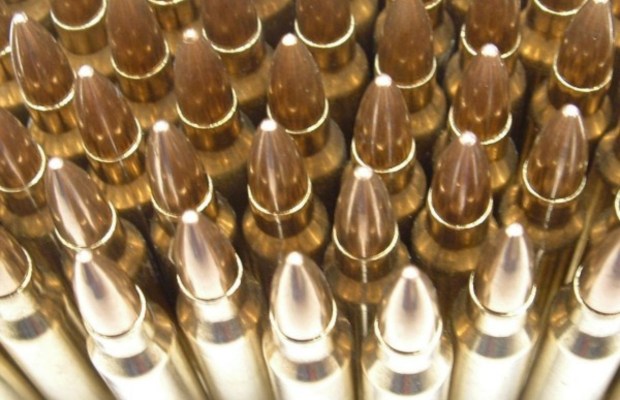 There is nothing that sparks heated debate on the internet like the topic of which weapons are the best for (………..) purposes. However, when buying small arms for the purposes of a survival situation, there are some models that have advantages over others. Two of those models are the Glock 17 and the AR-15. This isn’t an article about which guns to buy, it is merely my personal thoughts on why these two weapons have advantages over others.

The AR-15, America’s rifle. There is more  aftermarket support for this rifle than perhaps any other on the market. That means you can outfit the weapon to your personal situation. Different optics from short to intermediate range red dots to long-range scopes. Lasers both visible and infrared. Night vision capabilities. It’s endless. And I haven’t even gotten into changing uppers. You simply push out 2 pins pull the upper assembly off and drop on a .50 bmg upper! Or numerous other calibers. There was at one point a crossbow upper made by PSE available. I think this model has been discontinued, but I’m sure can still be found for sale with a little research.

But the main point of why the AR makes such a good choice is because of its capacity. The standard 30 round mags offer serious firepower. They are plentiful and very inexpensive. I am a fan of the Magpul products. Mind you, I am not affiliated with Magpul in any way. I have never had a Magpul mag fail me in the thousands upon thousands of rounds I’ve shot using them. And if one did, for around 9 bucks I’ll just get another one. 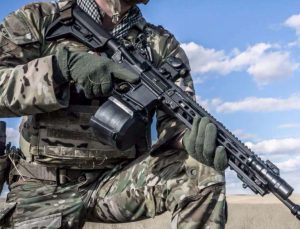 The Magpul 60 round drum

The Magpul 60 round drum is a very nice piece of gear. Well made, very rugged, and well designed. Having 60 rounds of ammo on tap is quite a force multiplier. My opinion of it is, it’s not so you can shoot more, it’s so you have to reload less. Think about it, if you fired 2 rounds per second, which is a pretty slow cadence, that’s 30 seconds of very well-aimed fire. Not the spray and pray you see in the movies. That is the capability to keep offenders pinned down while your buddies maneuver and flank the offenders. 30 seconds doesn’t sound like a long time, but how far can you run in 30 seconds? The average person in decent shape can cover a lot of ground in 30 seconds. These drums also are a great option for defensive positions. Having 3 men strategically positioned with a few of these drums each, can lay down some serious accurate fire. The drums also have the advantage of being a storage device. In other words you can load them and leave them loaded until you need them. They are a bit of a challenge to load for some people. But after you’ve done it a few times, it gets easier. They are also not fast to load, so these are something you want to have loaded ahead of time. For those who money isn’t an issue, there are belt fed uppers available, combined with a bump fire type stock like the slide fire, and you have what’s called simulated full auto. All 100% legal without the NFA paperwork. Yes, most of us would love to own a Dillion aero mini gun, but being next to impossible to own, the belt fed offers some nice capabilities. 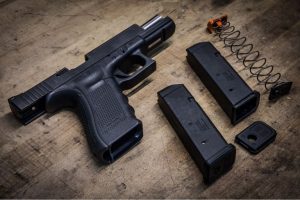 The Glock 17 is probably the most issued sidearm in the world. There is a reason why. It’s because they work. There are only 34 parts to a Glock. They just don’t have much to go wrong with them. The 9mm has also come a long way in its effectiveness. Modern 9mm hollow points don’t  give up much to its bigger brothers the .40 and .45.  Like the AR, the aftermarket support is huge. More so than any other high cap polymer framed pistol. They are also inexpensive. For what a high-end 1911 costs you could buy 2 Glocks with holsters, mags, and ammo. Now, I’m not crapping on the 1911. They are still nice guns and I enjoy shooting one from time to time. But for a purpose-built fighting weapon, it does not beat the Glock. Why? Aside from the weapon working in all kinds of dirty conditions, again it’s capacity. The Glock 17 holds in a flush fit mag, 17 rounds. With the gun topped off 18. That is more than double the capacity of the 1911. For those of you who subscribe to the mentality that, if you can’t get it done with 8 rounds then you have seriously screwed up, we are not talking about dealing with the meth head mugger in the alley. Potential situations I’m referring to are something like an active shooter, a mall shooting dealing with other shooters who may be skilled, a SHTF situation where you may be dealing with a mob of thugs wanting to steal your stash of food and have their way with your women. I could go on. The weapon is also easy to shoot. There are no decockers or safeties to deal with. Aim and shoot. 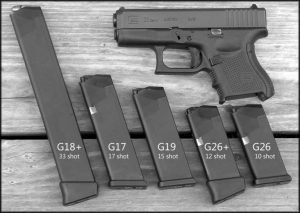 Getting back to the capacity advantage, there are other companies out there now making Glock mags. Magpul makes not only the 17 round mags but also a 21 and a 27 round magazine. Glock factory makes the 33 round mag. Elite tactical systems makes a 31 round mag, a 27, 22, and a 17 round mag. Yes I know you won’t carry concealed a 27 or 33 round mag, on your person. In a bag however, it gives you that advantage of being able to put lots of bullets down range. The 21 round mags offer a great compromise in capacity and concealment. If you decide to buy the more compact versions of the gun, i.e. The 19, or 26, you can still use the model 17s mags. Yes they stick out of the bottom of the grip but gives you the piece of mind you’ve got enough ammo to handle most any situation.

The fantasy of getting into 100 round gunfights is just that, a fantasy. Or is it? Remember the westgate mall shooting in Kenya? A group of gunmen stormed the mall and killed over 60 people. The concert shooting in France in 2015, nearly 100 killed. We are living in different times. I personally think a more realistic SHTF situation would be possibly getting caught in one of these attacks. I mean let’s face it, a pole shift or climate change is the least of our worries. These bad people are out there, and they hate us and our way of life. Capacity is king. Well, second only to shot placement. Arm yourself with weapons that give you an advantage. You don’t have to carry Glocks or AR-15s, whatever you do decide to pack, have the skill to be effective with them. Think about this, if you were caught in one of these type situations, which would you rather have, a weapon that packs 8 shots or one that packs 18?

I know which one I’d want.