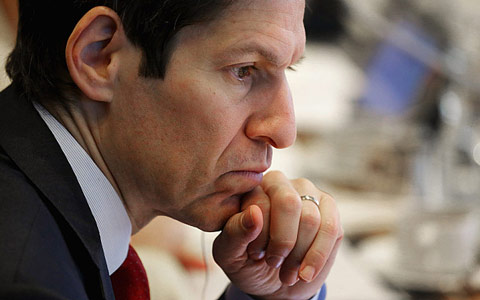 Amid what some are calling the most severe medical emergency in modern times, CDC director Thomas Frieden says it’s time we start thinking about Ebola.

Frieden recently claimed that the U.S. infrastructure is so advanced that Ebola has no chance of spreading, but is now concerned with the procedures and protocols that are in place.

The Dallas nurse is “clinically stable,” Frieden said, and the CDC is monitoring others involved in Duncan’s care in case they show symptoms of the virus.

“We have to rethink the way we address Ebola infection control. Even a single infection is unacceptable,” Frieden told reporters. “The care of Ebola is hard. We’re working to make it safer and easier.”

Frieden also apologized for remarks on Sunday, when the nurse’s infection was first disclosed, that suggested she was responsible for a breach in protocols that exposed her to the virus. Some healthcare experts said the comments failed to address deep gaps in training hospital staff to deal with Ebola. (Reuters)

The 2014 budget for the Centers for Disease Control is $6.6 billion.

What, exactly, have these people been doing since Ebola was first discovered nearly 40 years ago?

You’d think for $6.6 billion a year we’d have already thought through the infection control protocols.

Perhaps it’s time we rethink who should be running the CDC, as well as the Executive Branch, for that matter.

They Have Been Lying To You About How Easily Ebola Spreads

If It’s So Real, Why the Massive ‘Ebola Is Real’ Propaganda Campaign?

The CDC Solution Will Horrify You

85% of Nurses Not Trained for Ebola

Vermont Sees Gun Control Push Despite Few Problems: “A solution in search of a problem? We don’t seem to have a problem”

CONTAGION: Second Ebola Case Suspected In Dallas: “This Is Real”