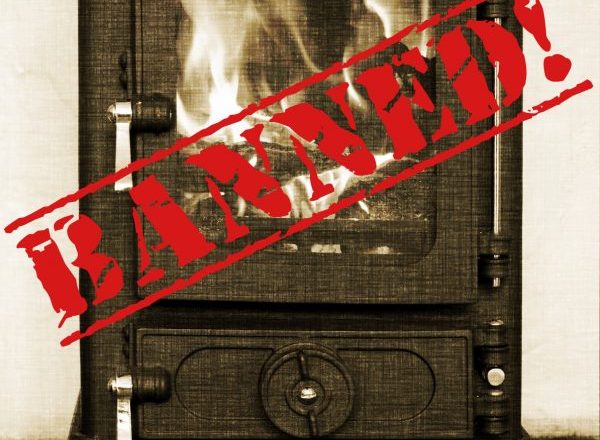 When you think of that little dream homestead in the woods, what does it include?  Probably a well and septic system, a little stream bubbling nearby, a chicken coop, a sunroom for winter growing, and a cozy fire to curl up next to.

When my daughter and I spent a year living in a cabin in the Northwoods of Canada, our woodstove was our lifeline. It was the only source of heat in a place that reached -42 degrees.  It was the only way we could cook when our power went out during snow and ice storms (as it did frequently).  It was the cozy center of our home, and we survived for an entire frigid winter for less than$800. After that experience I vowed never to live in a home without a woodstove.

If the EPA has its way, however, heating your home self-sufficiently with wood could soon become illegal – or at the very least, insanely expensive.

This means that most wood burning stoves would now fall into a class that would deemed unacceptable under these new draconian measures. The EPA has even launched a nifty new website called Burn Wise to try to sway public opinion.

On their site, while trying to convince people to get rid of their old stoves and buy the new EPA-certified stoves, they state that these older stove must be scrapped and cannot be resold.

From the EPA Site:

The local air pollution agency says I can’t sell my old wood stove to help pay for an EPA-certified wood stove.  Why is that?
Replacing an older stove with a cleaner-burning stove will not improve air quality if the older stove is reused somewhere else.  For this reason, wood stove change out programs usually require older stoves to be destroyed and recycled as scrap metal, or rendered inoperable. (source)

And here is the information right from the EPA:

Enclosed is the list of wood stoves certified by the United States Environmental Protection Agency (EPA). The EPA Certified Wood Stoveslist contains information about wood stoves or wood heating appliances that have been certified by the EPA along with its manufacturer name, model name, emission rate (g/hr), heat output (btu/hr), efficiency (actual measured and estimated), and type of appliance. It also indicates whether the appliance is still being manufactured. An EPA certified wood stove or wood heating appliance has been independently tested by an accredited laboratory to determine whether it meets the particulate emissions limit of 7.5* grams per hour for noncatalytic wood stoves and 4.1* grams per hour for catalytic wood stoves. All wood heating appliances that are offered for sale in the United States are subject to the New Source Performance Standard for New Residential Wood Heaters under the Clean Air Act and are required to meet these emission limits. An EPA certified wood stove can be identified by a temporary paper label attached to the front of the wood stove and a permanent metal label affixed to the back or side of the wood stove.

One of the easiest ways for the government to force this issue is through homeowner’s insurance policies. If you have a mortgage, you have absolutely no option but to carry homeowner’s insurance.  Even if you own you homestead outright, most people consider insuring their homes and property to be a vital safety net. When your policy comes up for annual renewal, the insurance company can require an inspection of your home. At that time, compliance can easily be forced by either charging insanely high rates or through the cancellation of the policies of those who have “outdated” woodstoves.

An Attack on Self-Sufficient Living

The ability to heat your home off-grid is a major part of most preparedness plans.  Heating with wood is the number one way to do this.  Much like our food supplies, the ability to keep ourselves warm and healthy and the ability to cook without being connected to the grid are vital to our freedom.

Those of us who live this lifestyle are constantly targeted. In many places it’s illegal to collect rainwater.  Growing food in your front yard instead of flowers is all but outlawed.  Sellers of raw milk have their farms raided by SWAT teams as though they’re running a meth lab instead of a dairy. We are being Codex Alimentarius-ed and Agenda 21-ed right into slavery and the government and it’s agencies try to make it appear that they are “saving” us.

We, the self-sufficient, by our very nature, are a threat to this insidiously spreading control. Our self-sufficiency means that we won’t be forced to be subjugated, tagged, chipped, and inventoried like our less prepared friends and neighbors.  We won’t have to cave in order to survive. We can eat, stay warm, and stay off the radar.  And this is a threat because we can withstand the assaults on our freedom.  We don’t need the government’s benevolence to survive. Those of us who don’t need the government are the last hold-outs of liberty in a country that has strayed far from it’s freedom-loving origins.

The “Credibility” of the EPA

Don’t be fooled by environmental friendliness or the warm and fuzzy green words.  The EPA is just another tool of subjugation.  Their stamp of approval carries the same “credibility” as that of  USDA or FDA approval. The Environmental Protection Agency, that bastion of clean air and fertile land, wants you to believe that they are taking steps to save us all.

You know, the same folks who upped the legal levels of glyphosate for their friends at Monsanto, even though the herbicide has been proven to cause toxicity and death. The same agency that responded quickly when radiation from the Fukushima disaster reached dangerous levels on the shores of California by closing down 8 of their 18 radiation-testing facilities in California and increasing the “safe amounts” of radiation that we can absorb. 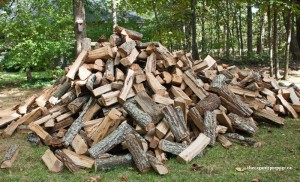 The EPA (or as I like to call it, the Environmental Deception Agency) tends to  find things to be highly threatening to the environment only when those things allow us to be non-reliant on big business.

One controversy after another can be attributed to the EPA, an agency charged with protecting the air we breathe, the soil in which we grow our food and the water that we drink.  At the bottom of each of those controversies can be found ties to the conspiracies of the big businesses that really run the country.  Decisions are being auctioned off to industry lobbyists with the most money and influence.

Environmental protection is only the rule of thumb if it goes along with Agenda 21 – the EPA is all over the green agenda in cases that benefit the redistribution of wealth, but the agency completely ignores blatant crimes against the earth if it involves fracking for the benefit of a natural gas company or poisoning the soil and groundwater for the benefit of a biotech monolith.

The Top 10 Survival Recipes from the Backwoods

The Case for Hybrid Seeds