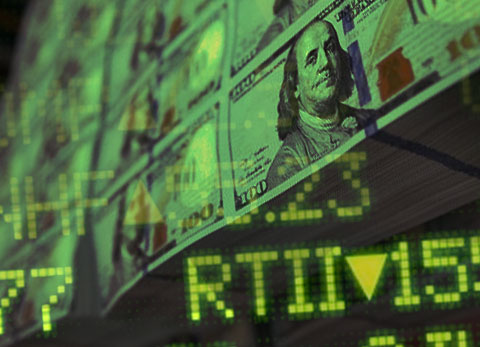 The Fed has no mandate outside the 50 states, but it unofficially determines foreign debt and currency markets across the globe in a big way anyway.

Now, chairwoman Janet Yellen has testified before Congress that the Federal Reserve is looking to increase interest rates, on the pretext of low inflation. The rate increase represents an enormous price fixing mechanism that will alter the course of investments for everyone.

The ground shakes when the Fed takes a step. Never mind if it should be this way:

Federal Reserve Chair Janet Yellen said Wednesday that the central bank could raise interest rates before inflation picks up as long as it foresees price increases accelerating and the job market continues to advance. (Source)

Jim Grant, publisher of the Grant’s Interest Rate Observer, has been calling out currency manipulation and interest rate manipulation for some time.

The main driver of these manipulations, from the shadows and out of the mind of the public, are the actions of the Federal Reserve, which affects other central bank actions and much of the global market.

Grant called the Fed’s interventions a “virus of radical monetary policy.” And according to Grant, there’s no going back… their actions are pivotal to the entire marketplace. With below zero interest rates under QE1-3, that amounts to free money for the biggest banks and massive worldwide economic manipulation:

“To me, the substantive fact about the Fed is that is has been involved in the greatest protracted experiment in price control in modern times. Interest rates are prices that have been suppressed and manipulated and generally federally man-handled. And the consequences of the distortion of these critical prices called interest rates, these distortions are at every hand. But we can’t know the final consequences, but we can be pretty sure they will not be wholesome.”

“And to me, this virus of radical monetary policy is now coursing through the political bloodstream. There’s no going back, at least not for the medium term. The world has come to expect that the central bank will be there in force, in unprecedented ways, with the greatest improvisations come times of trouble. There will be trouble coming up, of course there always are.”

Incredibly, Grant points out that some 83% of the entire global stock market is based upon the 0% rates set by the Federal Reserve. When those rates change, for better or worse, there will be global echoes.

“83% of the world’s stock market capitalization is under the shadow of zero percent interest rates. And something in excess of $4 Trillion of sovereign debt yields nothing, or a little less. So, we can’t know exactly what valuations will be in the absence of these most extraordinary interventions, but I think we’d have a very different financial landscape.”

The great experiment in price controls set by the Federal Reserve has undoubtedly resulted less freedom and less economic stability for the average person. The last of the middle class is being vacuumed up by the post-2008 economic crisis interventions.

There is no understanding their impact.

Markets based upon zero interest rate free money are hooked, as a junkie is, on Federal Reserve interventions, artificial liquidity and de facto price controls.

Here’s an earlier video where Jim Grant discusses the “virus” that is the Federal Reserve policy: