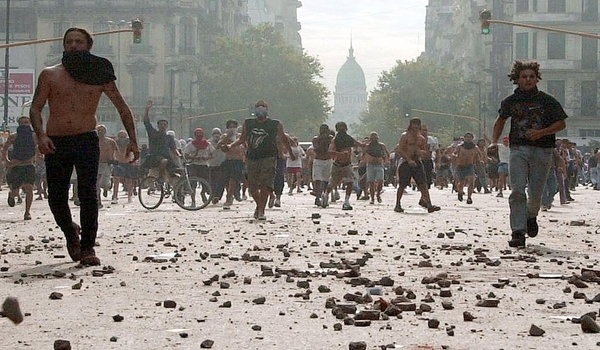 Earlier today, The Common Sense Show issued an alert as to the possible use of multiple IED type of devices based upon the reports of a highly credible source(s). If such an even ever came to fruition, it could potentially paralyze this nation and bring the economy to a standstill. Subsequently, the grocery store shelves could be empty within two days and food riots would likely commence by sundown of the second day. Most preppers would be in danger. Local law enforcement would be overwhelmed. What would be your chances of survival? Well, recently, FEMA has conducted research studies on America’s level of preparedness and the news is not good.

In response to concerns about strengthening the nation’s ability to protect its population and way of life (i.e., security) and ability to adapt and recover from emergencies (i.e., resilience), the President of the United States issued Presidential Policy Directive 8: National Preparedness (PPD-8).

PPD-8 is a directive for the Department of Homeland Security to coordinate a comprehensive campaign to encourage Americans to practice national preparedness. Despite efforts by FEMA and other organizations to educate American citizens on becoming prepared, growth in specific preparedness behaviors has been limited. Government programs to this end are nearly nonexistent.

In 2012, FEMA surveyed American citizens regarding their individual level of preparedness. The news is not good. Here is a snapshot of the  relevant results:

-Only 52% of American citizens surveyed by FEMA reported having supplies for a disaster. And most of these supplies are only enough to survive a weekend. This represented a decline from a reported 57% who reported having such supplies in 2009. The economy is taking its toll on preparedness.

-FEMA wanted to know if knowledge plays a role in preparedness? The answer is an unqualified, yes! CDC analyzed  baseline data of knowledge and correlated it to actual preparedness.

I took the FEMA research numbers on preparedness and made some very simple extrapolations of the data and applied them to a disaster scenario in which personal survival was at stake.

The most glaring statistic that jumps off the page is that only 28% of the households surveyed were equipped to survive at least three days of a resource shortage. This means that in a crisis, nearly 3 in 4 Americans would be rampaging on the streets within three days following an event, such as economic collapse. In such an event, there would be widespread failure to be able to deliver food to the grocery stores. Even if food could be delivered, grocery shopping would soon become an adventure, like it is in Venezuela.

The data leads one to make some very stark conclusions. Even if the prepared could form collectives for protection and the sharing of resources, they would often be outnumbered and quickly overwhelmed in a disaster scenario in which people would be forced to take to the streets in search of life-sustaining supplies.

If there is a silver lining in these reports, it centers on the fact that education about preparedness does make a difference on the level of self-sufficiency that can be achieved. Given the volatility of the current political, social and economic climate, organizations like FEMA, should have massive programs in place to teach self-sufficiency. However, you and I both know that the present administration would never allow this to happen because they are committed to the ideal that the state is God and we are all the property of the government. In order to maintain this leverage over the people, the masses need to be kept in a state of near helplessness. And we all know how well this is working.