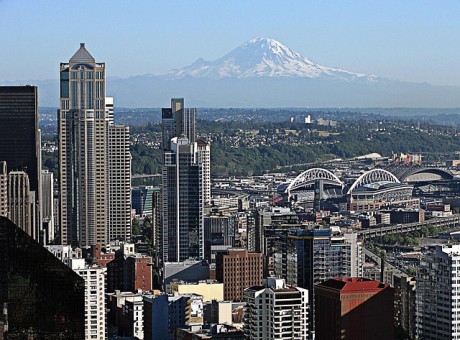 Is the next major volcanic eruption in the United States just around the corner?  Mount St. Helens and the Yellowstone supervolcano get most of the attention, but many geologists are actually far more concerned about the potential danger that Mt. Rainier poses.  It has been called a “time bomb“, “the most dangerous mountain in the United States” and “one of the most dangerous volcanoes in the world” due to its proximity to major population centers.  Scientists tell us that it is a matter of if, not when, the next eruption will happen, and even a minor eruption could result in tens of thousands of Americans being literally buried alive in super-heated mud.  So what would a full-blown eruption do?  It would potentially cause death and destruction on a scale that is almost unimaginable.

If Mt. Rainier were to erupt as powerfully as Mount St. Helens did in its May 18, 1980, eruption, the effect would be cumulatively greater, because of the far more massive amounts of glacial ice locked on the volcano compared to Mount St. Helens[33] and the vastly more heavily populated areas surrounding Rainier.[38] Lahars from Rainier pose the most risk to life and property,[39] as many communities lie atop older lahar deposits. According to the United States Geological Survey (USGS), about 150,000 people live on top of old lahar deposits of Rainier.[8] Not only is there much ice atop the volcano, the volcano is also slowly being weakened by hydrothermal activity. According to Geoff Clayton, a geologist with a Washington State Geology firm, RH2 Engineering, a repeat of the Osceola mudflow would destroy Enumclaw, Orting, Kent, Auburn, Puyallup, Sumner and all of Renton.[32] Such a mudflow might also reach down the Duwamish estuary and destroy parts of downtown Seattle, and cause tsunamis in Puget Sound and Lake Washington.[40] Rainier is also capable of producing pyroclastic flows and expelling lava.

Most people don’t even know what “lahars” are, but they can be exceedingly deadly.  Just imagine a tsunami of super-heated mud that is hundreds of feet thick traveling at highway speeds.  In fact, scientists believe that Mount Rainier is capable of producing massive lahars that could move at speeds of up to 50 miles per hour…

Heat from an eruption will melt ice and glaciers on the mountain and turn them into mudslides moving up to 50 mph, with the potential to be more than 400 feet deep in nearby valleys. Rainier has had a history of lahars, ranging from more than 5,600 years ago to only 500 years ago.

The largest of these debris flows – the Osceola Mudflow – occurred 5,600 years ago, covered 212 square miles of land from Rainier to Kent and was hundreds of feet deep.

The cities near Mount Rainier have early warning systems, but the truth is that once a lahar is unleashed it would be necessary to evacuate hundreds of thousands of people from the region in less than an hour.  Does anyone actually believe that would be possible?  Here is how one author described the danger that residents could potentially be facing…

The numerous towns and cities that occupy the surrounding valley would all be at risk for not only severe destruction, but complete annihilation. Residents of cities like Orting, Sumner, Buckley, and Enumclaw are estimated to have no more than 30 minutes before the lahar, speeding down from the many rivers that flow from Mount Rainier, buries their homes and businesses beneath as much as 30 feet of mud and debris. Even the larger cities like Auburn, Puyallup, and Tacoma itself are not safe. Auburn and Puyallup, with nearly 80,000 residents between them, would be covered in 20 feet of mud in less than an hour, and Tacoma, at almost 200,000, is estimated to be hit with nearly 10 feet from the lahar.

It is hard to even come up with the words to describe how horrific this would be.  It would literally be a “river of death” hundreds of feet high burying everything in its path in super-heated mud.  Once a lahar is within sight, there is no possibility of outrunning it.  The only hope would be to get to high ground in time.

If Mount Rainier were to experience a full-blown eruption today, it would likely be the worst natural disaster in U.S. history up to this point by far.  And scientists tell us that such an event is inevitable…

The nature of this impending and INEVITABLE tsunami is, this isn’t just water flowing, this is giant boulders, whole houses, a million huge trees, cars, ships, people, cows, we saw this in Japan recently, all smashing along relentlessly and not ending in a minute or an hour, but going on and on and on, piling into narrow bays and pinned in by high hillsides…this makes the tsunamis WORSE, not safer!

The Puget Sound bay is not that deep.  So the resulting multiple high flood events pouring into several parts of the Puget Sound will cause a huge wave to jump ahead of the flood and the bulky mess of debris pouring in will displace more water and it will flood huge areas that are at sea level and even, like in Japan, make huge waves smashing up hillsides, wiping out everything, tearing down trees, rocks and buildings.

Once this wave of destruction hits, no one will be able to save others because it will go on and on and on for several hours at least.

Those that have studied Mount Rainier tell us that there is evidence that the mountain has produced at least 60 lahars in the past.

And according to the Seattle Times, there is a “one in seven” chance that Mount Rainier will produce another one within our lifetimes…

Chances are one in seven – worse than the odds of having a house fire – that a moderate lahar will happen in a person’s lifetime.

But these are not normal times.

A couple of months ago, I wrote an article entitled “The Number Of Volcanoes Erupting Right Now Is Greater Than The 20th Century’s YEARLY Average“.  Since that time, the number of volcanoes that are currently erupting around the world has grown even larger.  At this point, 41 volcanoes are currently erupting, and the vast majority of them are along the Ring of Fire. 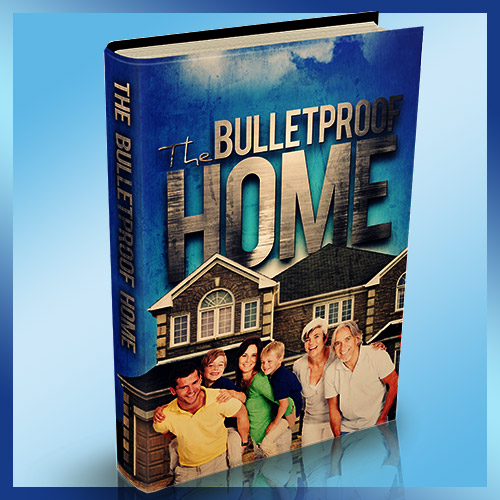 When Mount Rainier is ready to erupt again, scientists tell us that there will probably be an increase in earthquakes in the area first.  And there have been about 20 earthquakes in the general vicinity within the past two months.

So let’s keep an eye on it.

Of course it is also possible that we could see a major eruption at Mount Rainier without any significant warning whatsoever.

In any event, a full-blown eruption of Mount Rainier would cause death and destruction on a scale that is absolutely unprecedented in modern times, and scientists assure us that such an event is in our future.

Looking To Our Past – Part 1