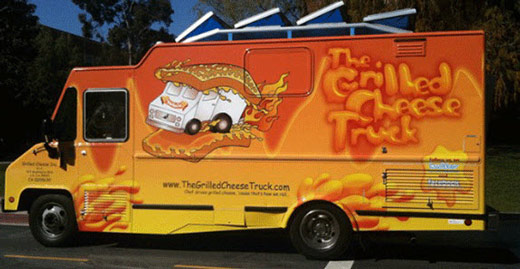 If you listen to mainstream financial pundits on any sort of regular basis then you’d likely believe that current stock market valuations are just the beginning of the next big boom. Despite hazy unemployment figures, low consumer sentiment, rising national debts, collapsing trade and continued degradation of the middle class, stock markets are at all time highs.

But – and you can call us crazy here because it goes against everything we’ve been told about the growth of the economy and stability of financial markets – is it possible that maybe, just maybe we may have reached irrational levels of market exuberance?

The following report from highlights a company that was recently valued at over $100 million and it just might provide all of the proof you need that we are witnessing a massive stock bubble. Either that, or new 21st century accounting methods have somehow determined that a company with four food trucks is now worth 1,000 times more than their actual profit.

But in a world where the Federal Reserve can print endless supplies of money and large financial institutions can borrow without collateral or interest, we guess it makes complete sense that the following food truck holds an estimated mark-to-market value of about $25 million.

No, seriously. They apparently make one hell of a grilled cheese sandwich.

Bloomberg last week drew attention to the fact that shares of The Grilled Cheese Truck Inc. had commenced trading on the OTCQX marketplace under the ticker GRLD:

“Let’s look at the fundamentals of the Ft. Lauderdale, Florida-based company. Based on the 18 million shares outstanding and a recent stock price of $6 the company has a market value of about $108 million.

No matter how much you like grilled cheese… I can’t see this as a reasonable valuation.

“If you go to the company’s website, you will learn that ‘The company currently operates and licenses grilled cheese food trucks in the Los Angeles, CA area and Phoenix, AZ and is expanding into additional markets with the goal of becoming the largest operator in the gourmet grilled cheese space.’

“[A]ccording to the company’s financial statements, it has about $1 million of assets and almost $3 million in liabilities. In the third quarter of 2014, it had sales of almost $1 million, on which it had a net loss of more than $900,000.”

“I can’t think of a more interesting sign of the old irrational exuberance in equity markets than a publicly traded grilled cheese truck (four in this case) business trading at a $100-million-plus valuation. That sort of thing doesn’t happen unless there is significant excess in the markets.”

Any reference to a company seeking to dominate the “gourmet grilled cheese space” is desperately seeking a twin reference to a slogan from late 1999 (right before the bubble burst):

“Our business strategy is to lose money on every sale but make up for it in volume.”

There are most certainly some deals to be had in the stock market these days, especially as it relates to assets like gold and silver, but we’re not convinced that grilled cheese trucks selling at valuations of roughly $25 million a pop are the way to go.

If you play the market that’s all well and good, but as Zero Hedge notes, “enjoy the party, but dance near the door,” because when the party is over there’s going to be a panic-laden rush for the exits.