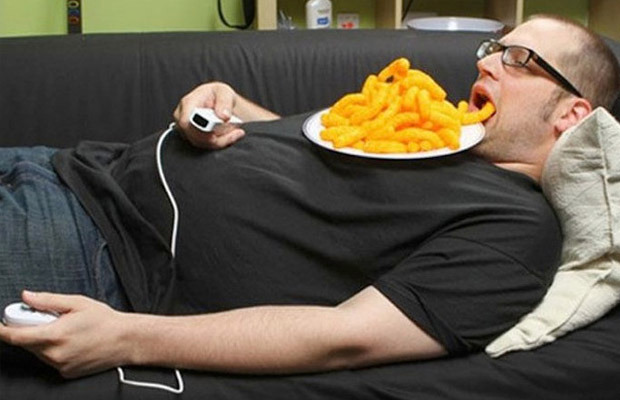 In the first installment of this series I wrote about the dangers to life and property one might face during disasters if one relies entirely upon the government to provide protection and relief. More to the point, I highlighted the folly of such reliance as small, regular preparations ahead of time would mitigate the lion’s share of any life disruption. Much like the grasshopper in Aesop’s fable, those who shirk personal responsibility during times of plenty often go running to their neighbors asking for, and even demanding or stealing items of necessity, and sometimes televisions. This is human nature, and you or I would do exactly the same if we felt our lives were at risk. The difference between us and them is we prepare for emergencies.

But what if the disaster isn’t really an emergency? What if it is of our own making and is really more of an inconvenience that affects us disproportionately because of our privileged life style of dependence? As often happens, events to which I am exposed at my job as a 911 dispatcher have provided the muse to write another article for The Prepper Journal. Today we tackle the utility company and not being prepared to do without.

Are utilities a convenience or a necessity?

My father used to say all modern appliances and utilities were conveniences and blessings. I have debated this myself over the years, but am inclined ever more to agree with him. The instruments of our modern life are requirements to exist with any ability to participate in our modern society, but they are not requirements of living itself. Mankind has lived for millennia without electricity or running water. Yes, life was harder. Yes, life was more dangerous. Yes, life was often dark and brutal, but it was life nonetheless, and life at which our ancestors were apparently successful else you and I wouldn’t be here.

I believe our mortality and the natural fragility of life is the lynch pin for the argument against electricity being a necessity. If we required it we would have been created or we would have evolved with some sort of electrical grid established. Since everything else we need for life is provided, the unnecessariness of electricity is the only logical conclusion, regardless of whether some people would die without it. Without being too macabre or insensitive, I believe that none of us are entitled to a life prolonged beyond what nature doles out, even though we are blessed to live in a nation and at a time which can provide us one.

Let us imagine a scenario in which John Q and the family Public have a power outage. Perhaps the weather knocked down some lines, perhaps they were late on their bill, perhaps a fox got into a power box; the particulars don’t matter. In this scenario Mr. P calls the local public safety office because he cannot get a hold of anyone after hours at the power company. He asks for and then demands someone be sent out immediately because “it’s an emergency”. What say you on the matter?

Perhaps there is a medical emergency going on. Perhaps someone needs oxygen, or a CPAP, or a continuous dialysis device to run throughout the night. Even though electricity isn’t a necessity for life, our societal norms which have developed in part because of the luxuries we have dictate we need to send assistance, and I agree with this. But what if the emergency is “we don’t have any food in the house and no money to go buy food” ? Is this an emergency? I’m going to assume what Mr. P means is he has no readily consumable food in the house, i.e. he needs electricity to prepare it. Unless someone there has hypoglycemia, this isn’t an emergency. Humans can live many days without food. Going to bed hungry shouldn’t do anyone in.

What if the complaint is the family just returned home from a vacation and the power was shut off and now the furnace won’t work and the house is cold? But the children might freeze! (or so they plead). Won’t someone please think of the children? Is this an emergency or a matter of convenience? In my opinion, reasonable, viable options include renting a hotel room, staying with family/friends/neighbors, huddling together with blankets and layered clothing, or even staying in the car with the heater on. Is it an inconvenience? You bet! Is it the way I’d like to live after coming home from a trip? No way! But the fact of the matter is, unless someone has hypothermia, this isn’t an emergency.

Are you prepared for the utilities to go out?

Growing up in Detroit, each summer we would have a massive black out from some pretty awesome thunder storms rolling through. Power lines all across the city would be down for days upon days with the heat of a muggy summer bearing down on us all. Life was hot and rough. We used a literal barrel of blessed candles my grandmother gave to us from a desanctified Catholic church to light our way at night, and even gave plastic shopping bags full of them to our neighbors. We played outside more and read books. My dad still went to work at the fire department and my mom still kept up the house and we barbecued a lot more.

When power started to come on, we’d get rolling brown outs due to so many greedy people cranking their air conditioning and overloading the system it would delay return of service for another day or two. Did we ever call the police to find out what was happening or when power would be restored? Not on your life. Part of the reason is that the city of Detroit is just so large and has so many greater problems than to deal with one whiny person complaining about the heat, but another part of the reason was also because we took pride in simply carrying on. I remember candlelit nights telling stories with the windows open for a breeze and listening to crickets and watching fireflies while my dad would remind us this was how the pioneers used to live. I always felt good being able to connect with such intrepid individuals.

The whole reason we prep is to be able to handle situations like these so we don’t become the zombie horde, begging and stealing. Whether the loss of modern conveniences is our own fault or due to outside influences, generally, it shouldn’t cause us to become helpless, mewling infants begging for government or someone else to save us. We can’t prepare for every situation, but we can take reasoned precautions to alleviate all but the worst of blows. Stock up on food, have some blankets and all-weather clothing available, store water, save cash (good story in that link of how the water utility isn’t your friend either), have the ability to defend yourself. The more you are able to do for yourself, the less your life will be affected when things go south.

Why Is the German Government Telling People to Stockpile Food, Water, and Cash?

How to Survive Anything