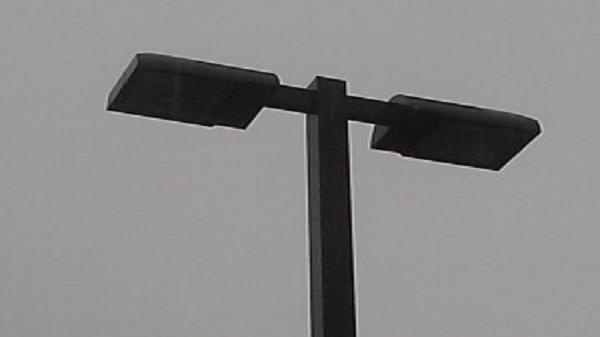 Today I’d like to talk about our dependence on electricity.  We are ingrained from birth in how to use all things electronic. 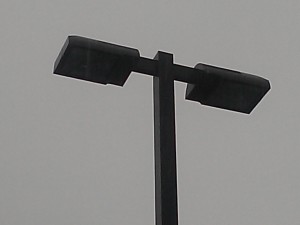 We take for granted that when we open the fridge it’ll be cold, or when we turn on the coffee maker we’re going to get hot coffee.  When we flip on the light we’ll be able to see when it’s dark outside.  It’s always worked, right?

How many of you have ever been in the middle of a blackout and walked into the bathroom and tried to flip on the light?  For just that brief second you’re like, “What the…?” even though you know  the power is out.  Then you feel a little silly, smile to yourself and continue on.  I’ve done it even when I was carrying a flashlight!

Electricity is the lifeblood of all our fancy doohickeys.  I’m writing this on a Microsoft Surface connected to the internet by tethering to my cell phone in the middle of a campground.  If the power suddenly went out I’d be on the ‘net for another couple of hours until the batteries on my personal electronics died out.  Then – gadget wise – I’d be back in the stone age… or at least the eighties.  (I ain’t knocking the 80’s – I had fun then.)

But it wasn’t always that way.  Not too long ago people didn’t have electricity.  Hard to believe isn’t it?  Things change so fast and technology moves forward at dizzying speed.  Smart phones keep getting smarter and computers keep getting smaller.  Have you looked around lately at the people immersed in their own little electronic worlds using their cell phones or tablets as gateways?  Or seen how traffic accidents have increased because of distracted driving?

People are getting more and more dependent on electronics and moving further away from the things our parents and grandparents knew:  you don’t need electricity in order to survive… or even to have a good life.  I’ve heard many people over the years say, “I’d just kill myself if doomsday happened and we didn’t have power.”  Wow!  What a sign of the times!  People would rather die than not have electricity.  If that isn’t dependence I don’t know what is.

As crazy as this sounds to most of you reading this it’s something I’ve heard repeated again and again.  The question is if push came to shove and our supply of electricity was knocked out would they really not want to live or would they reach deep down and try to survive?

Thus the weakest link in the equation of American’s daily lives is our dependence on electricity.  It’s not like it’s an addiction, it’s what gives us the creature comforts we have to come to expect as part of our every day life.  It allows us to operate our civilization, to govern it and feed it and entertain it.  Think “Just In Time System” and it should make you worried.

If we lost our ability to make electricity it would be harder on our society today than it would have on our grandparents or great grandparents.  My father grew up for years without electricity.  I remember going to his house in Canada when I was very young and there were no electric lights, no plumbing,  and the house was heated by a wood stove.

Try running that by the princess/prince next door and see how it flies!

What can we do about it?  How do we guard against it?  It should be obvious at some point that someone will get the bright idea to bring the grid down.  Or maybe we’ll truly get that CME everybody’s been talking about for years, or possibly it will fail due to a lack of infrastructure  or a terrorist  attack.   Or possibly it’ll be  an attack mounted  by hackers, who knows?

One thing for sure is that when it does go down there are going to be a lot of unprepared folks out there wishing they had a way to keep their food cold, or to see at night, or to communicate or entertain themselves. 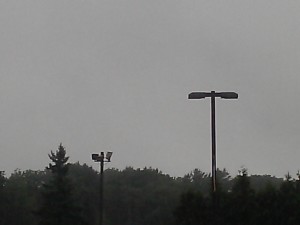 There have been many blog posts written describing with authority what will happen if and when the grid goes down.  I think the only thing that can be said with authority is that no really knows what will happen.  A lot of it depends on where you’re located.  It’ll probably be different in the city than it is the country or the suburbs.  Maybe it will get violent.  Maybe it won’t.

Another determination on how far down the rabbit hole we go is how long it lasts.  If it’s a few days we might get away with minimal damage, but if it drags on for a week or more we – as a civilization – could be in big trouble.

What can we do to protect ourselves?  Probably not much as an entire society, but as individuals we can take action.  Or maybe a small community could take the initiative and find a way to cut back their electrical dependence and produce their own electricity using hydro power, windmills, solar, or a combination of all three.

At one point I considered going all solar.  After looking into it at the time it was very costly and I didn’t have the money for it.

Recently I bought a camper and it has a 12 volt system.  It wouldn’t take much to convert one over to an all solar powered system.  The idea is to cut down power usage as much as possible and then provide the electricity for whatever systems remain.  A camper can be set up to run off a few solar panels and a couple of batteries for a good long time.

A house that has been converted to solar would of course be a great solution as well.  While costly to set up it would keep you and your family in the creature comforts for years.

If the power goes out you won’t be able to get gasoline and propane – at least in my area – without a major hassle.  And the price is sure to be exorbitant for what supply there is – unless the government steps in and institutes a rationing system.

Having the ability to generate your own electricity will give you some of the luxuries and hopefully enough of the necessities to survive.

Or maybe you could homestead it. There are a lot of folks who do modern homesteading, which means living close to what our ancestors did many years ago.  Grow you own food, raise your animals, keep chickens for eggs.  You could run everything off oil lamps and wood stoves.  Then if the power went you wouldn’t be as affected as others with no idea on how to live without electricity.

One thing for sure is you don’t want to leave your well being in the hands of others if you can help it.  Even a small solar generator would be useful for running lights a few small appliances.

Are you prepared for a grid down situation?