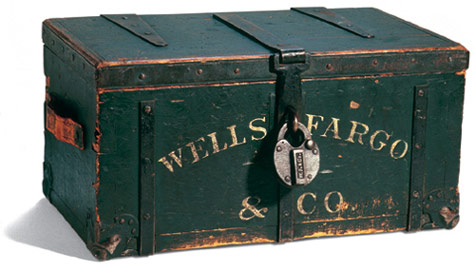 The recent actions of mega behemoth Wells Fargo show us just why so many people are distrustful of large financial institutions. The bank, which claims it will help you achieve what’s important, has done exactly the opposite in the case of Rosemary Ronstein.

At the height of the 2009 financial crisis Ms. Ronstein was facing a home foreclosure. After her husband passed away that same year the widow was searching through personal records when she happened across a 30-year old CD purchased by her husband in 1984 for the sum of $18,000. The CD, which offered the bearer a 10.9% interest rate and renewed automatically until it was cashed in, was originally issued by First Interstate Bank, an entity that has since been acquired by Wells Fargo.

At the time, Ronstein faced the real possibility of having her house seized for failing to pay her mortgage. The CD was like a dream come true. All her problems would be solved, which is exactly the reason why her late husband originally purchased the CD and gave it to her for safekeeping.

But when Ronstein arrived at Wells Fargo to trade in her financial instrument, she says that not only did the bank refuse to make good on the Cash Deposit, they practically laughed in her face.

But when she tried to get the money that she believes is rightfully hers, she the bank “practically almost laughed at me.”

KPHO claims that Wells Fargo refused to comment on the story but claim in court documents that it had no records of the CD and believes it’s possible that it could have already been paid out at some point in the past, pointing out that First Interstate had a policy of allowing customers to retain paid-out certificates.

The widow insists that her late husband never cashed out the CD, while her lawyer notes that the CD states that it must be “presented and surrendered” in order to be redeemed. He claims that it’s not enough for Wells to cite a lack of documentation on its part as evidence that the CD had been paid.

“Given the passage of the time, the bank doesn’t have a record of it,” says the lawyer. “And so really what needs to be decided by the court is, what’s the import of the lack of a record in the face of the instrument?” (Source: Consumerist)

According to Ronstein’s attorney, the accumulated interest and automatic renewals on the CD amount to over $400,000 today, a claim disputed by Wells Fargo which says it is worth only around $60,000.

In essence, Wells Fargo says that because it doesn’t have a record of the 30-year old legal financial instrument it doesn’t have to pay the sum owed. Moreover, they claim that even if the certificate was legitimate, First Interstate bank used to allow CD bearers to keep the CD after being paid out, so it may have already been paid. But Ronstein disputes this claim, noting that the CD clearly states the instrument must be surrendered to the bank at the time it is paid.

Wells Fargo, like many other large financial institutions, may claim they are looking out for the little guy. They may have vibrant advertisements telling you they’ll take care of you when you need help. But in reality, they are interested in one thing and one thing only – your money.

This isn’t the first time Wells Fargo has had some serious issues with paperwork and record keeping. Last year the very same bank actually showed up at someone’s home with the local police and claimed that the owner had failed to pay their mortgage. They seized everything in the home, boarded it up, and sold the delinquent homeowner’s possessions. Except there was one problem. They seized the wrong house. What’s worse, after they sold the owner’s possessions they refused to repay them the retail value of the goods! According to the homeowner the bank President told her, “We’re not paying you retail here, that’s just the way it is.”

I did not tell them to come in my house and make me an offer. They took my stuff and I want it back.

Now, I’m just angry… It wouldn’t be a big deal if they would step up and say ‘I’m sorry, we will replace your stuff.’ Instead, I’m getting attitude from them. They’re sarcastic when they talk to me. They make it sound like I’m trying to rip the bank off. All I want is my stuff back.

Ms. Ronstein’s case is just another example of how much you should trust your local banking institution to do what’s right.

The short answer? You can’t.

What you can expect is that they will take from you whenever they can and refuse to make good when they make a mistake.

Now, with the introduction of “bail-in” provisions which essentially turn your personal account deposits into bank assets (rather then your assets), should the bank make a mistake on the order of Lehman Brothers in the 2008 financial crisis you can fully expect to lose every single dime you’ve deposited. In fact, the Vice Chairman of the Federal Reserve recently warned that this is exactly what would happen to your life savings should your bank ever need to recapitalize itself:

The United States is preparing a proposal to require systemically important banks to issue bail-inable long-term debt that will enable insolvent banks to recapitalize themselves in resolution without calling on government funding–this cushion is known as a “gone concern” buffer.

Your personal deposits and live savings are nothing more than investment vehicles for your bank. And if they screw up, you are the one who will get screwed.

Ms. Ronstein is just the latest example of how America’s large financial institutions are taking everything they can from the little guy to further enrich themselves.

If you have your money at a bank then you should fully expect it to be disappeared at the very moment you need it most.

Landing Strips, Farms and Hideaways: Secret Escapes of the Elite: “The Rich Are Worried and They Should Be”