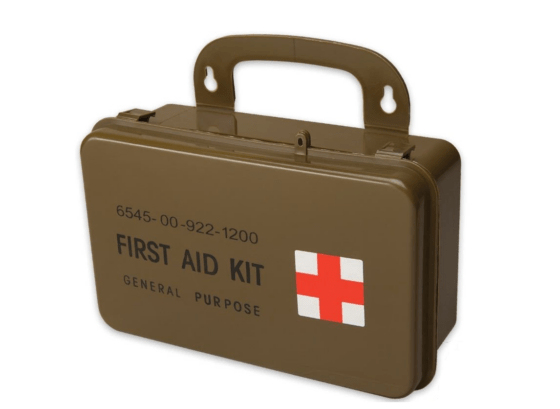 Medical emergencies are bound to be a problem if disaster strikes. In the event that doctors and other medical professionals are not readily available, we should all know what we can do to lessen the burden of injuries and/or infections sustained during a SHTF event .

Medical emergencies are bound to be a problem if disaster strikes. In the event that doctors and other medical professionals are not readily available, we should all know what we can do to lessen the burden of injuries and/or infections sustained during a SHTF event.

In an article on the most likely ways you could die in a SHTF environment, we wrote, “The die-off from a long-term disaster will not occur from hoards of zombies attacking your homestead. In reality, disaster survivors will more than likely die from four different types of conditions we take for granted today.” One of those ways is death from your sustained wounds.

“Open injuries have the potential for serious bacterial wound infections, including gas gangrene and tetanus, and these, in turn, may lead to long-term disabilities, chronic wound or bone infection, and death.  Antibiotics will be few and far between and will be more precious than gold.  Without proper medicines, antiseptics, and knowledge of proper medical procedures, many will die of bacterial infections.  Learning medical skills, gaining knowledge on natural medicines and alternative medical antiseptics (i.e., Dakin’s Solution) before a disaster occurs could help people survive wound infections. Also, ensuring the area that you treat medical emergencies is clean and as sterile as possible may also prevent bacterial infections.”

Major issues like tetanus could arise during a disastrous event. Tetanus is a bacterial infection that is not spread from person to person. The bacterium that causes tetanus is called Clostridium tetani. It is very uncommon in the United States, with an average of about 30 reported cases each year. While this medical issue is rare in our current world, it is important to keep in mind that any damage to the skin, even burns, and blisters, allows tetanus-causing bacteria to enter the body and tetanus patients have only about a 50-50 chance of recovering, however the death rate is low.

While the cases for tetanus are relatively low in the U.S., one statistic stated that 70% of those who develop the disease fully recover, only 1 per 5 million will die. Since 1947, the number of tetanus cases reported each year, which already had decreased greatly since 1900, continued to decline. This decline was in part because of the continued use of tetanus antitoxin for wound management and the introduction of tetanus vaccines in the 1930s and 1940s. The average time from infection to appearance of signs and symptoms (incubation period) is 10 days.

Unfortunately, if you are in a SHTF scenario, a tetanus shot will not likely be readily available. Staying up to date on your booster, which is required every ten years only goes so far when you are in a situation where you cannot get a booster. There are risks associated with a tetanus shot too. I personally had a reaction to one years ago and I thought I was never going to regain the use of my arm. While that’s a major reaction, minor problems like soreness, redness, or swelling at the site of the injection, fever, headache or body aches, fatigue, nausea, vomiting, or diarrhea. You may also experience a loss of appetite or fussiness in babies and small children.

But let’s say you had a tetanus shot 8 years ago, and you are 1 or 2 years into a SHTF event. You’ll need to know how to help yourself as best you can if you get tetanus and shot isn’t available. Treatment will include managing symptoms until the body can remove the toxin.

Oftentimes, you will need to begin by looking for signs of infection:

If the SHTF, the best way to treat tetanus, or any bacterial infection begins with prevention. After getting a cut, immediately commit to wound care. Clean the wound and area around it to remove dirt, debris, or foreign objects that may be harboring bacteria. You will also want to clear the wound of any dead tissue that could provide an environment in which bacteria can grow. Keep the wound clean. If you notice the signs of infection, consider taking some antibiotics. Keep the wound covered after you clean it and change the dressing often. Make sure you use an antiseptic ointment before redressing it.

Common antibiotics you can keep around your home include penicillin or metronidazole. Both of these will aid in tetanus treatment. These antibiotics prevent the bacterium from multiplying and producing the neurotoxin that causes muscle spasms and stiffness. If you are allergic to penicillin or metronidazole may be given tetracycline instead. Over the counter medications can be used to control muscle spasms until the antibiotics and body can remove the infection.

At the end of the day, we never know when the S will HTF. But when it does, if we take proper precautions and make sure we are aware of how to treat ailments like infections, we will fare much better.

Medicine to Stock up on for When There Is No Doctor