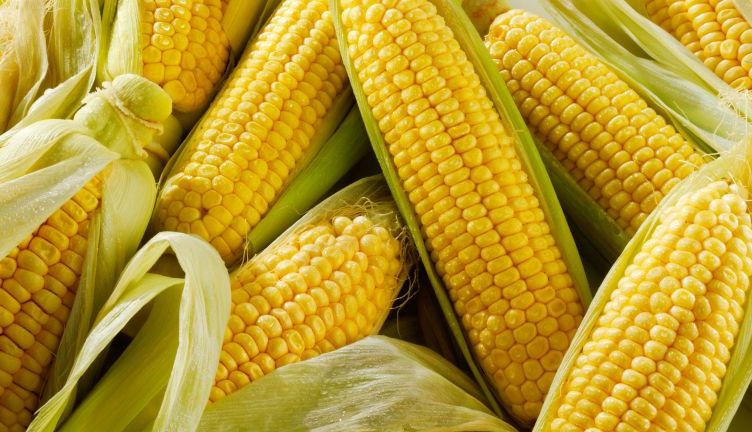 Nothing says “Summer’s here!” quite like an ear of fresh, tender sweet corn dripping with butter. Sweet corn has the best flavor on the same day it is picked, so to have the most flavorful corn at your table, you may want to start growing sweet corn in your garden.

Sweet corn is quite easy to grow, but it does require ample growing space and plenty of sunlight. Corn won’t grow well at all if it is planted in a spot that receives less than six hours of full sun each day. Growing sweet corn does have a few challenges but these can easily overcome with a bit of care.

Corn seed, especially the super sweet varieties, needs to be planted after the soil has warmed up to at least 60 degrees. The seed will germinate poorly or not at all if it’s planted in soil that is too chilly.

Plant the seeds of early sweet corn varieties an inch deep and about six inches apart in good rich soil. Varieties with a longer growing season tend to produce taller plants, and seeds for these late varieties should be planted about twelve inches apart.

It is recommended to plant two seeds per hole just in case some of the seeds don’t germinate. Later on as the young plants are growing, sweet corn can be thinned to one plant every six to twelve inches.

The rows of corn should be no more than three feet apart. When growing sweet corn, do not plant one long row in the garden. Make sure to plant your sweet corn in blocks of at least four rows to ensure proper pollination.

In small gardens you might try growing sweet corn in hills that are spaced about three feet apart, planting three or four seeds per hill, later thinning them to two or three plants per hill.

Corn planted in one single row will be poorly pollinated, resulting in a disappointing crop with just a few random kernels on each ear. Corn is a monoecious plant, meaning that each plant produces both male and female flowers. On corn, the tassel is the male flower and the silk is the female flower. Pollen from the tassel must be able to reach the silk on each ear for proper pollination, and corn is generally wind-pollinated.

There are several tricks for extending the harvest season when growing sweet corn at home. You can plant successive corn crops each week for several weeks. You can also extend the harvest by growing several varieties of sweet corn that have different maturity dates.

Or you can plant the corn seeds early in flats and transplant them out into the garden once the soil has warmed sufficiently. Corn is actually in the grass family and young plants can be successfully transplanted if they are handled gently.

If you want to try growing an early crop of sweet corn, it is advisable to start the seeds indoors in peat pots about three weeks before the outdoor planting date. This will allow the plants to develop a healthy root system that will not be damaged when the small plants are transferred to the garden. It is not necessary to remove the seedlings from the peat pots before planting.

Some gardeners tweak the season for growing sweet corn by planting the seeds beneath clear plastic. Corn can be planted ten to twenty days early if the planted rows are covered with a clear plastic mulch that will help warm the soil. Look for photodegradable plastic mulch for this purpose.

Photodegradable mulch will break down naturally when exposed to sunlight and will not require removal from the garden. If you cannot find photodegradable mulch at your local garden center, any clear plastic film will do, but it should be removed from the small plants after no more than thirty days.

By growing an early crop of sweet corn, you may be able to harvest a crop of corn before the usual corn insect pests make their appearance in the garden. Corn earworms are one of the most common sweet corn pests.

To prevent corn earworms from damaging the tips of your ears of corn, mineral oil or garlic water can be sprayed on the silk of each ear as soon as the silk appears. You can learn how to make garlic water spray here: http://freeplants.com/homemade-insecticides.htm

Growing good sweet corn requires rich soil, as corn is a heavy feeder that utilizes a great deal of nitrogen. Look for fertilizers that have an N-P-K rating that is high in nitrogen, and make one application of fertilizer before planting the corn seed. Fertilize the plants again when they are about six to twelve inches tall. Compost or well-rotted manure also make fine nitrogen-rich fertilizers for a sweet corn crop.

Planting a legume crop along with the corn, or rotating the corn crop with a legume crop is another way to add nitrogen to the soil when growing sweet corn. Legumes fix nitrogen in the soil, replacing what the nitrogen-hungry corn has consumed. Beans, peas, alfalfa and clover are all legumes that will replace the nitrogen used by corn.

Occasionally you may see an ugly grayish black lumpy growth on some of the ears as they develop. This is a fungus called corn smut and it is most usually seen when the weather has been very hot and dry around the time when the plant is tasseling out.

Corn smut galls should be removed from the infected plant immediately, and thrown out with the trash or burned. Do not add corn smut to the compost as the spores would be able to spread and infect more plants. Some experts suggest removing and destroying infected plants altogether.

Corn smut isn’t poisonous, but it can make your corn crop unsightly and inedible. Corn smut is referred to as maize mushroom in Mexico and is considered by some to be a delicacy.

Lodging is another common problem when growing sweet corn. When strong winds blow over the corn stalks, this is referred to as lodging. Quite often when corn has lodged, it will right itself after a few warm sunny days.

Even though it has lodged, the corn will continue to grow in most cases, but it can be propped up again if you wish. To help prevent lodging, as you are hoeing weeds between the rows, hill up some soil around the roots.

Corn has a rather shallow root system, and the roots that can be seen on the soil surface are there mainly to help anchor the tall stalks. It won’t hurt the plants if soil is hilled up over those roots.

Most varieties of sweet corn will produce extra shoots at the base of the plant. These extra shoots are referred to as tillers. Tillers can remain on the plant, there is no need to remove them. Removing tillers generally has no effect on the crop.

Sweet corn is ready to be harvested 18-24 days after the silk first appears on at least half of the crop. Mature ears of corn will be full and the kernels will be “milky” when pierced. The silk will begin to dry and turn brown when the corn is at its peak flavor. Corn plants love heat and the ears will ripen more quickly during times of very warm weather.

Raccoons have a voracious appetite for corn and they tend to know who is growing sweet corn in their neighborhood. Raccoons also seem to know exactly when the sweet corn is ready for harvest and they can decimate an entire crop the night before it was going to be harvested.

If you don’t have a big dog to protect your corn crop, an electric fence may be necessary. Install the fence several weeks before the corn matures, with one electrified wire at about four inches above ground and another at twelve inches. This will deter all but the biggest, bravest and most wily raccoons.

Some may suggest protecting corn from raccoons by leaving a radio playing in the garden overnight, but this solution is temporary at best. Some raccoons have been known to enjoy a little music with their sweet corn meal.

When it is time to harvest the sweet corn, be prepared to deal with the corn on that same day. Sweet corn begins to lose its sweetness almost immediately after harvesting and it should be eaten, canned or blanched and frozen the same day it was picked.

Creating a More Self-Sufficient Garden for the Long Term

6 Organic Mulches That Will Keep Plants Cool This Summer