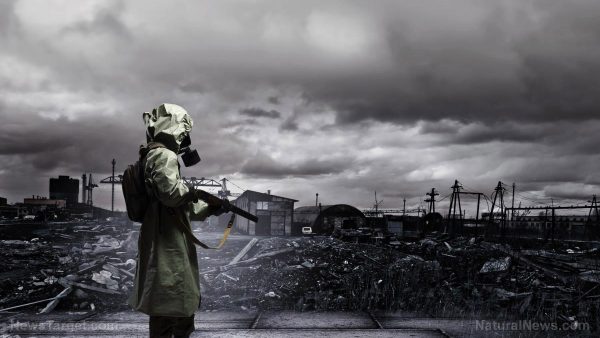 Have you ever wondered how exactly the government would deal with a major national catastrophe like a nuclear war or EMP attack? What would the nation’s priorities be? Who would receive assistance first? How would chaos be averted? Are you likely to be on the receiving end of help from federal agencies, or would you have to tough it out on your own?

While a scenario like this typically paints a picture of absolute mayhem and confusion, in truth, government agencies like the Federal Emergency Management Agency (FEMA) would immediately spring into action with a coordinated plan of action to assist. Of course, there is no guarantee that FEMA would be as organized and effective as one would hope. Their response in New Orleans in the aftermath of Hurricane Katrina fell woefully short of what it should have been, and it is believed that many of the more than 1,200 people who died, did so because of a lack of adequate assistance from FEMA.

Nonetheless, in theory at least, FEMA has worked hard at improving its response efficacy, and is now ready for anything man or nature may throw the country’s way. In the immediate aftermath of a disaster, FEMA would set up temporary shelters for those left homeless, help with evacuation, coordinate search and rescue efforts, and so on. They would immediately be granted access to an immense amount of federal resources to provide food, clean water, shelter, emergency medical care and whatever else might be necessary.

But where would they direct those resources first? It is physically impossible for the agency to help everybody, everywhere, all at the same time, and they will likely prioritize their efforts in a very specific way to maximize results.

Fergus Mason of Ask a Prepper suggests that federal resources would first be directed towards big cities, particularly those on the coasts and any which produce necessary resources like food. Next in line to receive help will be smaller cities with important industries, since this will help get people back to work as soon as possible. Smaller towns will follow, and finally, rural areas will receive government aid.

The reason for this order of things is quite simple and practical, Mason claims: It just makes the most sense. Cities are far more vulnerable in a chaotic situation than small towns and rural areas. For one thing, cities by their very nature mean that millions of people are competing for very limited supplies – a recipe for chaos and anarchy when disaster strikes. For another, it is imperative to get cities up and running first so that governmental control can be re-established and the economy can start to right itself as quickly as possible.

Mason predicts that cities will be given aid in the following order:

So, if you live in one of these cities you can expect government aid pretty much immediately in the wake of a national disaster. If not, you’d better make sure you’re ready to take care of yourself for a while.

What Will Americans Do If Our Country Is Invaded By Foreign Armies?

The Seven (7) Most Important Survival Techniques You Should Teach Your Kids!

Urban Survival Skills That Will Keep You Alive