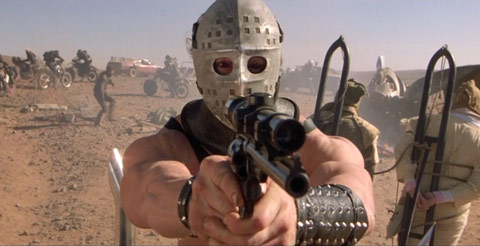 His computer forecasts are so accurate that in 1987 he took out a full page ad weeks in advance warning Americans of the coming Savings & Loan scandal and subsequent stock market crash. He pegged the crash to the very day it happened. A couple of years later in 1989 his “intelligent” computer models screamed warning signals about the coming collapse of the Japanese stock market, which he said would drop at least 20,000 points over a ten month period. He was, once again, dead on.

The destruction of the Russian ruble in the 1990′s, the rise and fall of the dot.com bubble, and the collapse of the U.S. economy in 2007-2008 were all verified predictions that he made well in advance of the events happening.

His models, which are based on historical cycles dating back thousands of years and take into account everything from economic statistics and capitals flows to government regulations and daily sentiment, led to such accurate forecasts that he was accused by the U.S. government of manipulating global stock markets. It was an accusation that left him imprisoned without official charge or trial for over half a decade, presumably because he refused to give away his computer model programs to intelligence agencies.

Whether you’ve heard of Martin Armstrong or not, his record speaks for itself. And if you have missed his insights and forecasts over the last several years (even those he wrote prior to his release from prison), it’s time you start paying attention.

Among his current forecasts Armstrong has argued that stock markets may drop a little in the near future but the Dow Jones is likely to go as high as 30,000 points. He says real estate will continue to collapse not just for a few years to come, but decades. And he says that a major cyclical turning point will take place in the Fall of 2015 (2015.75)wherein numerous sub-cycles will converge to create a perfect storm. It’s an event that doesn’t happen often, but when it does, it often changes the very face of the planet is it relates to politics, geographic borders, and economic influence.

Armstrong’s bottom line: Get ready for the end of the world as we have come to know it over the last several decades. Things are about to change – drastically.

In his most recent writing Armstrong responds to a reader who asks what we should expect going forward. His answers are typically well grounded and very rarely if ever sensationalized, so when he makes an analogy like the one you’ll read below, take it as a serious heads up to what might result when governments, economies, business and political forces converge in on themselves:

I understand that we are at a crossroads. The tree has been cut. Which way will it fall – authoritarian or democracy?

We can make a difference. Step one is understanding what is the problem. At least then we can address a solution with some reasonable game plan.

We have a great convergence coming. It is nothing to be afraid of and it is nothing we can ignore.

The average person depends upon government tremendously – even those not on welfare. There are pensions and Social Security that people really believe they are “entitled” to and thus these benefits will exist. What happens when they realize they do not?

Socialism has even changed the historic bounds of family. You had 4 to 6 kids for that was your retirement. The kids knew they had the responsibility of taking care of their parents. Today – that’s government’s job. Everything has been changed to depend upon government that never tells the truth and they will defend to the very last drop of your blood.

Marriages were ARRANGED! The age difference was typically 25% during the 19th century. To sell movies, Hollywood turned lust into love at first sight. They painted the image of happily-ever-after. I spoke with film makers and they all said people did not want to leave a movie feeling depressed. They glorified marriage and set unrealistic standards. Consequently, the age difference collapsed and the divorce rate rose to 60%+ because of unrealistic expectations.

Pensions began as the marriage contract. The man had to first establish himself and then propose. The Dowry was all about ensuring the wife would be secure – the pension. It was not about “love at first sight” yet according to things like Match.COM, 70% of people dating expect love-at-first-sight. So many people have the wrong expectation of marriage and are thus doomed from the start.

Even the Black family was stronger than the white family before welfare. When you paid women not to be married and to have children, you change the family structure. Socialism has significantly altered the behavior of every race all based upon expectations of government.

Free food changes behavior be it people or animals. Being compassionate is to be human. To give a man a free fish and you feed him for a day. Tech him how to fish and your feed him for a lifetime. Government adopted the first strategy to create dependency upon the political system.

They tell you do not feed the bears in Yellowstone National Park because they then look for free food and no longer hunt. Humans are no different.

The answer should be pretty clear. Fully one-third of the American population depends on a government subsidy or distribution of some kind. Social Security, Welfare, Unemployment Insurance, Food Stamps, you name it. One in three Americans would be living on the streets if they didn’t get their monthly check.

Now, what happens when either that check stops coming, or prices for essential goods like food, energy, and housing inflate to such levels that monthly checks no longer cover the costs?

This is the inherent danger that exists within the system in which we live. Socialism, as Martin Armstrong notes, is our undoing and according to Margaret Thatcher will only work until we run out of other peoples’ money.

When that happens – and you better believe it will – America will collapse in on itself.

A Mad Max scenario, while unlikely, is certainly possible. So much so that the U.S. government has been actively preparing for this very possibility for the last decade. They’ve simulated large-scale economic collapse scenarios, complete with stockpiles of armaments and executive doomsday orders ready to be initiated when the right crisis strikes.

We inch closer every day. Are you prepared for it? Or do you still think the government will be there to save us when it happens?

Border Patrol Agent Slams Feds: “We All Know Who We’ve Captured… You Can’t Keep This Kind Of Information A Secret”