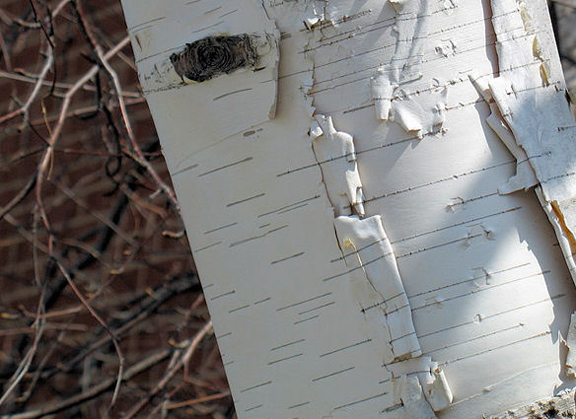 Now is a good time to go out and flag the following six trees before the leaves drop (except the pine).  Revisit them in the winter and learn how to ID them by the bark alone.  Then again in the Spring with the buds and new leaves.

White birch is easy to identify with its distinctive, white, papery bark. The sycamore tree also has white bark, but it does not sluff off in thin, paper-like furls like the white birch. The sycamore also has large hand-shaped leaves versus the white birch’s smaller, oval-shaped leaves with a pointed tip. The birch leaf is also irregularly toothed.  These grow almost exclusively in northern climates. 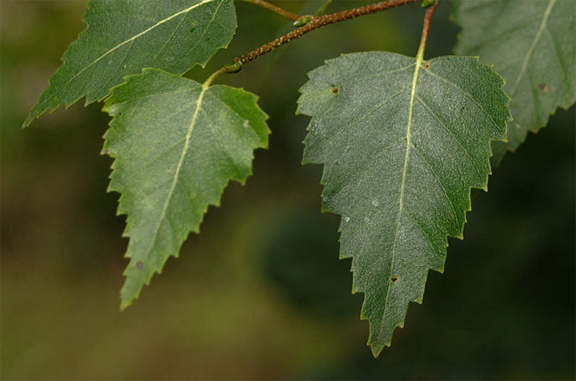 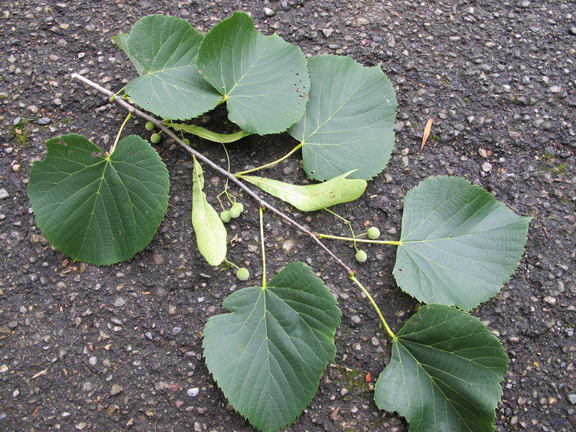 The American basswood (also called American linden) is a very common tree – especially in the Eastern U.S. It prefers moist soil and is often found by creeks, streams and ponds. It likes to grow several shoots from the base so it’s not uncommon to see the basswood growing in what appears to be clumps. Basswood trees have large, heart-shaped, coarsely toothed leaves and dark red young leaf buds. One of the most distinctive features of the basswood is what I call the “tongue.” A tongue-shaped leaf grows at the base of the regular heart-shaped leaves on mature trees. Hard, little, nut-like fruits dangle from the center of this “tongue” leaf throughout the summer. 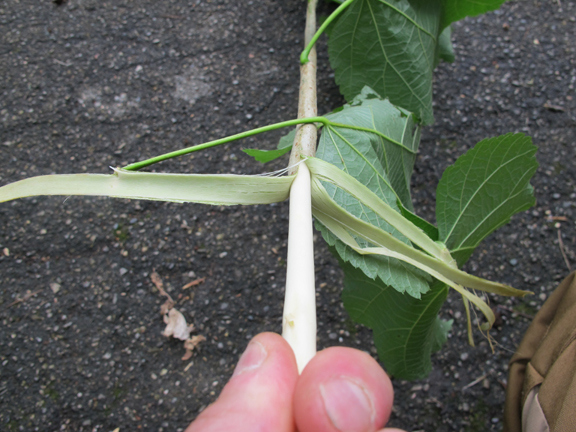 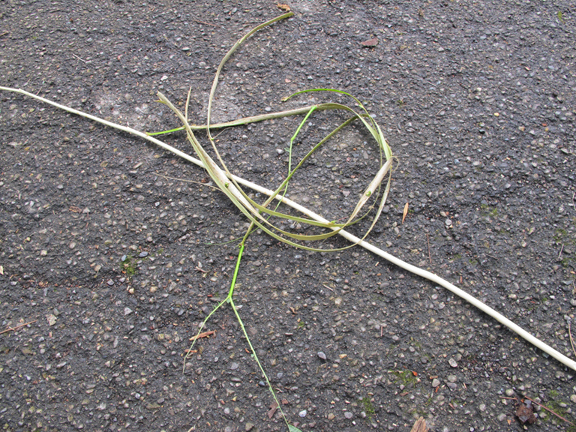 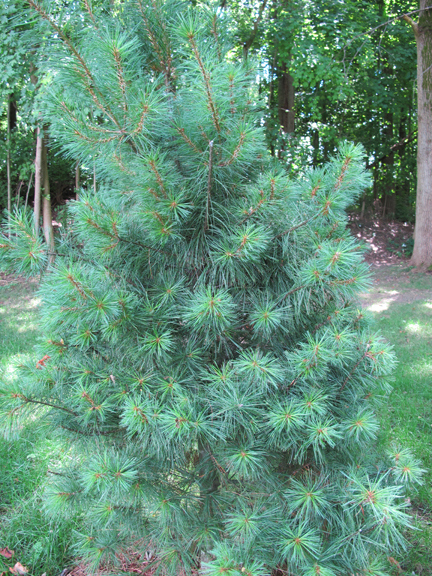 The leaves of the White Pine grow in batches of 5 needles. Every fall the white pine loses all of its needles except those that grew that year. Pine is an evergreen. Evergreen trees keep some green leaves year-round, unlike deciduous trees, and have needle-like leaves. They also produce cones (pine cones) instead of flowers. 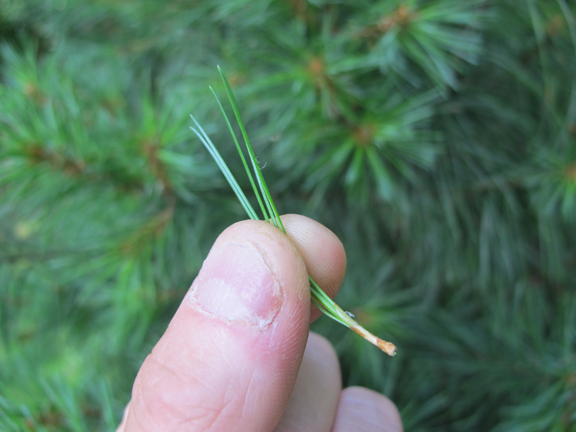 White Oak (and all oaks in general) 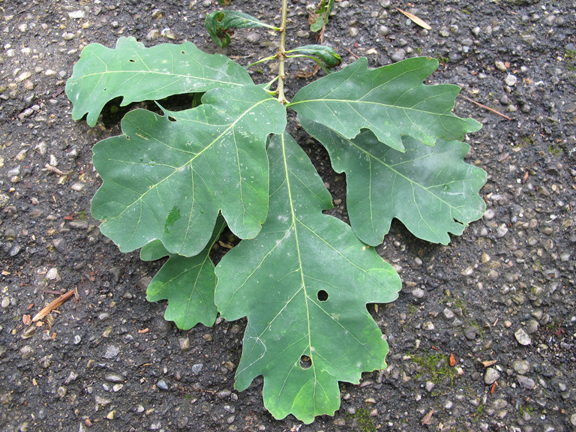 White oaks have rounded leaf lobes instead of pointed ones like red oaks. Contrary to popular belief, acorns are edible. I like white oak acorns better because it seems they are less bitter and it takes less effort to leach out the tannic acid (which causes this bitterness) to become more palatable. An abundance of acorns in mid-summer makes the oak family almost impossible to misidentify. Oaks are some of the largest trees in the forest. I have many white oaks at Willow Haven that are over 100 feet tall and easily 3-4 feet in diameter.

Sugar Maple (and pretty much all maples) 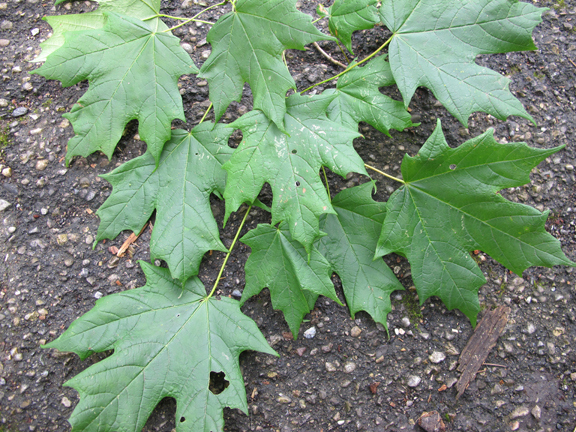 The sugar maple is one of my favorite trees and probably one of the most popular in the Eastern woodlands. Its beauty is on full display when the leaves change each fall into bursts of red, orange and yellow. The leaves usually have five lobes, and the tips are pointed. Young maples have smooth silvery bark. The unmistakable, “winged helicopter” seeds are a tell-tale maple tree indicator. Sugar maple is the source for maple syrup. This tree is preferred because its sap has high sugar content. It takes 40 gallons of sugar maple sap to make 1 gallon of maple syrup. 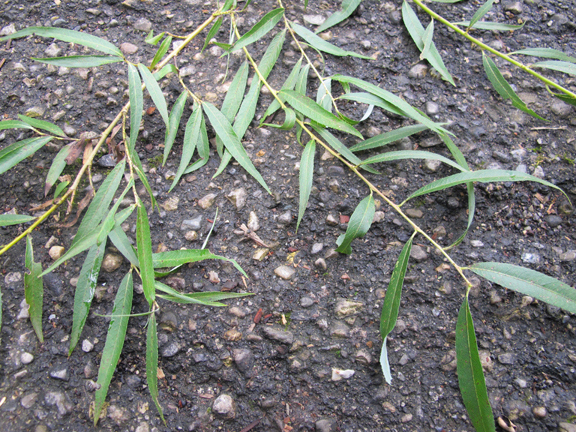 There are tons of different willow varieties. Every willow I’ve seen has a similar leaf shape. The leaves are narrow, lance-shaped and grow in great numbers along the branches. Willows must be in moist areas to survive. If you’ve found a willow, then there is a water source nearby. 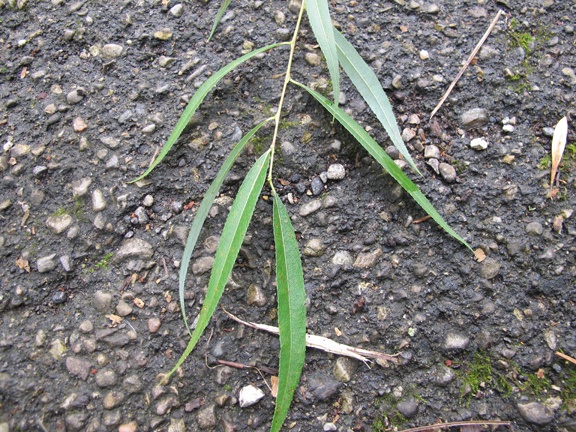 Feel free to list other uses for these trees that I may have overlooked in the comments below!

Remember, it’s not IF, but WHEN

Sniper Basics For The SHTF Survivalist

The Take Down Survival Bow & Arrow: 6 Reasons You Should Consider Owning One

Making Fire With a Bow Drill

One thought on “6 Trees Every Survivalist Should Know & Why”