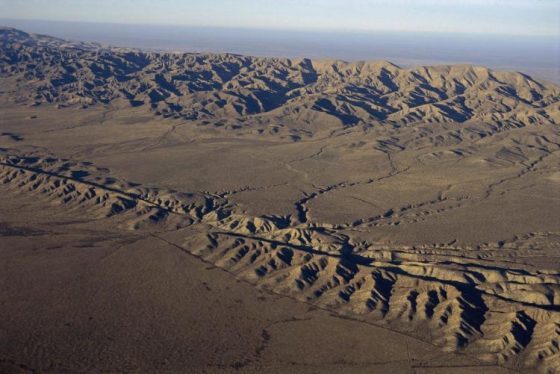 Many experts are now warning that the San Andreas fault in California is now ripe for a major earthquake.  Not only that, but should it occur, another earthquake could strike the Bay Area resulting in damages that may be impossible to financially correct.

Although a major earthquake around 100 miles away from Los Angeles may not seem like a big deal, experts warn against taking a lackadaisical stance. A magnitude 8.2 earthquake is far from ordinary and there’s plenty of geological evidence of past occurrences in Southern California. New evidence foreshadows grave consequences for a hugely populated region that’s already on high alert for the next “Big One.” A study published earlier this year concluded that the land on either side of the San Andreas fault has been pushing against the other at a rate of more than 1 inch per year since 1857, and the tensions between the plates are eventually going to give out.

“So, you expect that amount of accumulation of energy will be released in the future in a large-magnitude rupture, somewhere along the San Andreas,” said USGS research geologist and study lead author Kate Scharer.

Seismologist Lucy Jones predicts that a San Andreas earthquake beginning at the Salton Sea could be as strong as an 8.2 if it got all the way to Paso Robles.  That powerful of a quake could result in massive loss of life and damages. An 8.2 earthquake would produce far more energy than what was produced by the nuclear bomb dropped on Hiroshima. But the bigger issue is that all of Southern California would be hit at once. Yet, this isn’t new information. Ned Field of the US Geological Survey tried to warn Californians back in 2015 that a major quake is likely to occur, and soon.

“We think Southern California is locked and loaded, that the stresses have really built up, and when things start unleashing, they could unleash for years,” U.S. Geological Survey seismologist Ned Field told Smithsonian.com in 2015.  The last major earthquake near Los Angeles hit Fort Tejon in 1857 and registered a 7.9, making the region long overdue, especially considering the amount of pressure built up on the fault line.

“With 300 miles of fault all going in the same earthquake, you then have everybody affected at the same time,” says Jones. “The San Andreas is the one that will produce the earthquake that’s going to cause damage in every city” in Southern California. However, “it’s not so much about dying in the earthquake. It’s about being miserable after the earthquake and people giving up on Southern California,” says Jones. Catastrophic damage to the region’s infrastructure could take more than a year to repair, which could in turn wreck the local economy and drive people to abandon Los Angeles in a mass exodus. But that still isn’t the worst part of newest predictions. 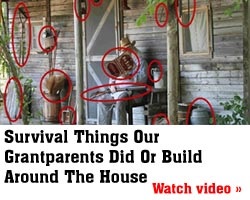 Not only could a major San Andreas earthquake damage most of Southern California’s cities, a quake could cause another to occur on the Hayward fault in the Bay Area.  The Hayward fault which is considered the most likely to cause the next major earthquake could be set off by a quake along the San Andreas fault, Jones warned.  The well-populated Bay Area would then also be in major distress in addition to Southern California, possibly elevating the number of victims to a staggering and incomprehensible number.

Emergency preparedness could be essential for those in California and for those who haven’t prepared for the natural disaster, now may be time to consider it.  Although in all fairness, experts have been saying this fault line would cause a quake for years and it hasn’t yet.  But logic and history do dictate that eventually, time will be up.