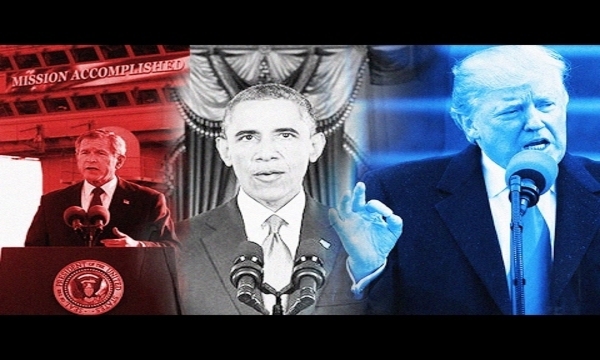 Is it possible that not everything is as it seems?

While the majority of America is being distracted by shiny things and manipulated into civil unrest over identity politics, Melissa Dykes of The Daily Sheeple warns that an unprecedented push for war is underway.

It’s pretty clear that we’re being taken to war… A plan implemented by George W. Bush after 9/11… continued under Obama… and now kicked up a notch by our new President, Donald Trump.

Are we nearing civil war?

One thought on “Watch: 5 Signs We’re Going to War: “A Plan Implemented By Bush, Continued Under Obama, And Kicked Up A Notch By Our New President””