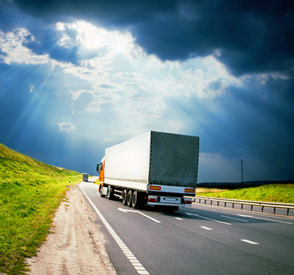 This article was originally published by Karl Denninger at The Market Ticker.

If you’ve not read the previous articles in this series you definitely want to before reading this article.

We’ve covered the common requirements for any sort of preparation (that’s you, primarily) and then personal and regional trouble.

Now we’ll get to where most so-called “preppers” spend their time, effort and money: The Zombie Invasion.

I’ll use zombies for any sort of large-scale (or worse) disaster you can conjure up. Mass insurgency, an economic collapse that reaches (or initiates in) mass infrastructure disruption, the Yellowstone caldera blowing up, an EMP attack from North Korea, etc. Pick one as they all wind up more-or-less in the same place.

Before we begin let’s cut the crap on probability: These events are extremely improbable. You are far more likely to die in a car crash, drown in your own pool or even be hit by lightning than you are to have anything like this come to pass. In terms of statistical odds you’re utterly nuts to prepare against any such event since the cost is (quite) high and the probability of any such event is vanishingly small. In point of fact over the last couple hundred years no such event of this magnitude has happened, save during wartime where there is plenty of warning, in any modern nation.

Let’s take the relatively-common fear of an EMP strike of some sort. These fears are, for the most part in my opinion, wildly misplaced. The reason is quite-simple (and yes, I’ve run the math to back it up): induced current is not just a function of field strength it is also a function of the angle of incidence upon the conductor(s) in question and the length over which it impinges.

So for a given “orientation” of said pulse there will be conductors that are at a “good” angle (from a standpoint of inducing a current), a bad (nearly null) one and everything in between. This in turn means that the “end of the world” sort of scenarios put forward are extremely unlikely.

Yes, there will be damage and quite possibly a lot of it. But the common “everything goes dark” scenario is unlikely.

Electrical grid disruptions are not to be taken lightly; the risk of them is quite real. It’s just that EMP is far down the list of likely causes because such an attack is both indiscriminate and unfocused with the likely damage pattern both disperse and random — yet the points of damage required to cause a serious disruption are neither random or indiscriminate.

So let’s assume that by whatever cause the just in time infrastructure that supplies our society breaks down. Pick a cause; it doesn’t really much matter.

First, energy production and distribution becomes severely impaired. The opening assumption used to be that natural gas supplies would remain available as the pumping stations used to use the gas itself as fuel to run the pumps. The EPA has largely put the kabash on that and as a result a large percentage of the pumping stations now are electrically driven.

Yes, they (like most other critical infrastructure) have backup generators. That’s nice — until the fuel runs out, and if the refinery and distribution system is disrupted it will. The same is true for water and sewer systems, both of which require electrical power to operate at a municipal level.

We’re talking pretty basic stuff here folks, and even if you have a septic system (you live outside an incorporated area with mandated sewer use) you probably have a water problem as most well systems are relatively deep and require quite a bit of power to run. Without electricity your nice well is worthless too; municipal systems with water towers are only usable until the tower is empty without power to refill it.

Municipal systems also depend on chlorine delivery to make the water safe during the time it is in the tank and in transit to your tap through miles of pipe. That chemical has to be delivered to the facility on a regular basis; it runs out, you see. When it does the water in your tap is no longer guaranteed potable.

As with a personal or regional disaster if you’re reliant on some sort of “enhanced” capability provided by today’s technology (e.g. medical intervention) you’re in big trouble. The only good news is that hospitals and similar facilities will be the priority points for whatever fuel remains in the distribution system, so their generators (assuming they continue to work) will be among the last to go down. The bad news is that there will be an awful lot of people drawn to the nice bright light in said hospital when everything within 20 miles of you, that is, to the horizon in all directions, is dark!

So let’s think about this, shall we?

You have “prepared” for such a zombie apocalypse and have a generator and fuel to run it for…… how long?

You have a means of making sure you can get rid of your human waste and obtain potable water for…. how long?

You have food stored of some sort (by the way, have you actually tried eating it for a week or a month and thus know you can do so without gastrointestinal distress if necessary — and you find it palatable?) and thus can obtain sustenance for….. how long?

And finally, you are likely to be one in a hundred, or a thousand (if not worse) within a wide radius that did so.

The latter is a very big problem when the rest of the population has none of the above and discovers you do, because if anyone else can attack any of those points (e.g. your water supply, your waste disposal capacity, your food storage, your shelter’s integrity, etc) you are going to be forced into the open to repel that attack and defend the resource and when you do against any sort of superior numerical opposition the odds are you’re toast.

You can’t run a genset without everyone within a reasonable distance knowing it’s on, as you’ll be the noise source of the neighborhood. Further, the first time you shoot (anything) everyone within a half-mile or more will know you did so.

If you’re in a suburban or urban area none of your effort is going to do you a bit of good, save one point: You’ll probably get more of them before they get you. That’s a nice consolation but it won’t change the outcome.

In a rural area you have an even bigger problem, in that isolation is not your friend if and when you’re discovered. You may think you are surrounded by like-minded people but you have no way to prove it, and that again is a bet your life sort of thing. A handful of people who want what you have and can lob a couple of Molotov Cocktails at your roof from cover at a decent distance precluding you from shooting them (assuming you detect the impending attack) using extremely primitive machinery they can build from either a couple of bicycle inner tubes or common rubber tubing will force you out into the open and then you’re a sitting duck.

Don’t kid yourselves folks — unless you have managed to organize a material number of people prior to the event, you have jointly invested in a multi-layer perimeter defense environment (and are both trained and prepared to use it) and to an individual you’re prepared to do whatever is necessary on a preemptive basis to stop any sort of incursion or breach both physically and on an intelligence basis both prior to and during any such event you are almost-certainly going to wind up dead.

This does not mean that you shouldn’t bother trying, or shouldn’t prepare. In particular personal preparation and improvement in your fitness and health are worth the benefits even though it is almost-certain that the zombies will never come — except in a movie. You’ll be happier, healthier and more-prosperous — and that’s its own reward. Further, being prepared against the far more common scenarios is well worth it; in those cases you can have a real impact on the probability of success.

It does, however, means that the false bravado that is often on display among people in these groups is to be snickered at rather than emulated, as if such an event occurs the odds of the outcome being any different whether you do or don’t are simply not in your favor and any resource you expend in “preparing” for such a scenario has far better and more-productive use.

What Do You Prep For: Local / Regional Trouble

The Impending Catastrophe: “It’s Not Difficult To See This Coming”

Off Grid Living and Security: Some Things to Consider