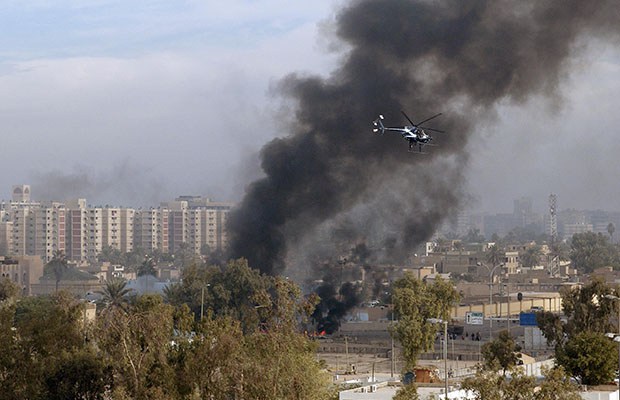 I live in Chicago, the most dangerous city in America.

Not only is it the most dangerous city in America, but it is obnoxiously difficult to get out of even in the best of times. Geographically, it is three-sided (lake Michigan prevents egress to the east) and the only high-speed avenues of approach run North/South. Dismounted movement in any direction is not a viable option, as you would most likely become prey even in a situation where society has not collapsed. Most of the antagonists (see: gang members) in the city are already well armed, and if not well-trained they are nonetheless combat-hardened and more than audacious enough to be a serious threat. To make matters more complicated, I have two children under the age of 7.

I know… why on earth would any preparedness-minded individual choose to live in such an indefensible position? There are many reasons why a family might find themselves in such a survival nightmare, ours is very simple and, unfortunately, equally inexorable: I am in the United States Military and I am stationed here. I won’t go in to what I do here other than it is very routine and far from glamorous, and I am here for a three-year tour.

So hopefully that should put to rest all of the obvious questions. Suffice to say I now understand that there are reasons why NOT living in the city isn’t necessarily a viable option, at least not in the short-term. Not everyone can just uproot to the rural redoubt property, plant some corn and put up a solar array. 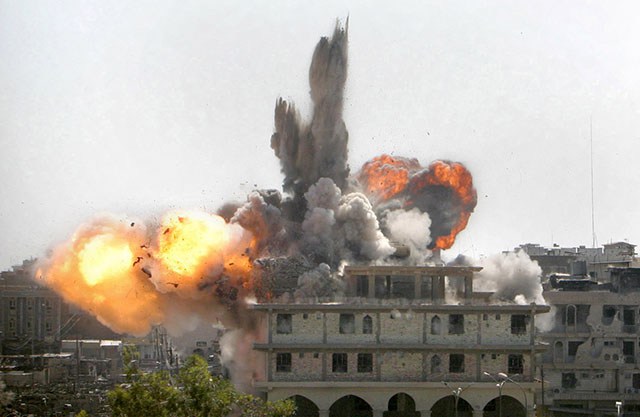 I have several combat tours as an Infantryman in the middle east. Through these experiences and the balance of my 20 some odd years in the military, I can easily make the mental leap between what a metropolis like Chicago is today and what it could be after a societal collapse, in fact I have experienced it firsthand in Baghdad circa 2005 or so. In central Iraq, we were not the primary danger to the average Iraqi citizen. Most dangerous to them were the rape gangs, terrorist cells that used murder and extortion to raise funds to fight coalition forces, and regular members of the criminal element present in every place in the world. AQI (Al-Qaeda in Iraq) was the dominant terrorist network that rose out of the ashes of Baghdad in the years following the invasion. They were notorious for their strong-arm tactics to wring funds out of the indigenous population. They kidnapped young girls from families with means to pay ransoms. These girls were subjected to the most unspeakable captivity, raped many times a day, and had little chance of being returned to their families alive, no matter how much those families paid. Citizens were tortured and maimed in order to instill in them enough fear that the terrorists would reliably be provided materiel support and the victims would be far too afraid to speak to us or tell us who they were. Our patrols lasted 12 hours…. The terrorists lived among them and controlled them through fear and intimidation.

I don’t think most preppers realize how hellish the collapse of our society would be. I don’t think most reasonable people can imagine the magnitude of violence that people will readily visit on their neighbor when propelled by ideology, hunger, or sometimes simple profit. Can you imagine living in a place where your wife and your daughters were commodities? Where your sons are either killed or kidnapped or forced to fight for and perform suicidal tasks for evil men? Preppers talk about bugging out, and getting their families to safety… but I’m not sure most realize that the concept of safety is an illusion if you are alone. Much like the United States, Iraq is a large country, and most people lived in cities, but rural areas of Iraq were terrorized just as much as the urban areas. In many places it was more so due to proximity to resources and opportunities for the terrorist networks to conceal their own activities.

A family alone was prey. Nothing more. 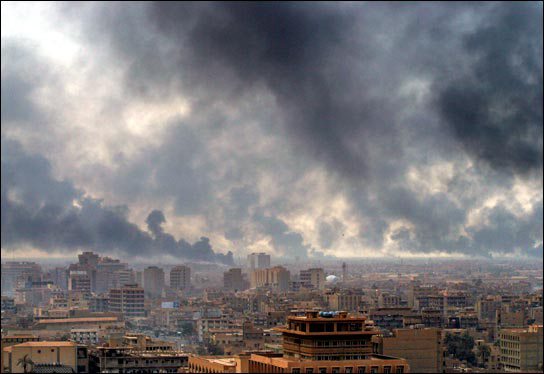 I would like to dispel some myths about the way preppers in America think about how we will survive the coming collapse. Here are my top three:

1. I will bug out with my family to our cabin in the woods and we will grow a garden, raise chickens, and wait out the worst effects of the collapse.

Maybe, if you’re lucky…. but if you are alone in the woods you will most likely be found and be raped, killed, and looted. We know that the 240,000,000 plus people who live in our American cities will run out of resources and begin the process of starvation after about 72 hours or so. They are going to go somewhere. The strongest will have already preyed on the weak, sick, and stupid. The ones who find you will be strong, they will be motivated, and they will be ruthless. If they weren’t they would never have survived the urban exodus. They aren’t going to knock on your cabin door in broad daylight. Your chances as a family alone are very low.

2. I am safe because I have the 5 best SHTF guns that I saw in a cool online survivalist forum and a zillion rounds. 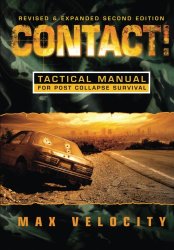 Congratulations. If you have no or very little training, you’ll be lucky to make it to your first magazine change. Smart bad guys will back off after you shoot at them and simply wait for the opportunity to kill you and take your awesome weapons and free fodder. And they will be smart… or they would be one of the dead dumb ones who didn’t make it out of the city

3. I have enough food and resources to survive indefinitely, and I have a foolproof plan of egress and evasion, and I have thought through all the variables.

I hope you do. Have you done several complete rehearsals of every aspect of your plan? A wise old NCO once told me “don’t expect what you don’t inspect”. You don’t know what you don’t know unless you have run through the plan on the ground to shake out the bugs. It is very likely that there are fatal flaws that could be easily corrected given an honest rehearsal. This rehearsal must include your entire family or group, it must include all the physical movement and labor that the real thing would include. You must use the gear and resources that you would be using were the worst to occur. If you do not regularly train on your plan, then what you have is not a plan… it’s called a theory.

Pulling yourself and your family through is far more about physical conditioning and mental toughness, confidence in your training and in your plan, and good old-fashioned luck. I survived over 500 combat patrols with a single weapon, my issued M4 with a good weapon light, and the seven loaded steel magazines I kept with me on my body armor. I didn’t carry huge knives or tomahawks or pounds and pounds of the newest and coolest “tacticool” useless crap… just a multitool and an expandable baton. Sometimes we were out for 12 hours, sometimes up to 36 hours. The point is that it’s way more about the gear between your ears than the gear hanging off of every molle loop or picatinny rail.

Along with my training and a solid plan, I had my brothers on my left and right. They were my survival community. The truth of the matter is that in order to survive a collapse, we must build communities. In a community we have sentinels on guard 24 hours a day. We have a person on duty monitoring communications equipment to stay in contact with neighboring communities 24 hours a day. Our community has guards that patrol for resources and interdict incursions. In a community there is a division of labor where we can teach our children, grow our food, mend our shoes, and stand watch over our fences simultaneously. In a community we are strong enough to live in peace. Whether that community is our extended family, or a network of like-minded citizens who prepare and TRAIN together, it is precisely hanging together that will keep us from hanging separately.

That’s how the people survived after we destroyed Iraq. They relied on the members of their communities and their tribe, and they rebuilt. If the worst happens, we can learn much from them.

Editor’s Note: This post is another entry in the Prepper Writing Contest from Kilo 11. If you have information for Preppers that you would like to share and possibly win a $300 Amazon Gift Card to purchase your own prepping supplies, enter today.

5 Reasons To Make A Bug In Bag

The Ultimate Get Out Of Dodge Vehicle