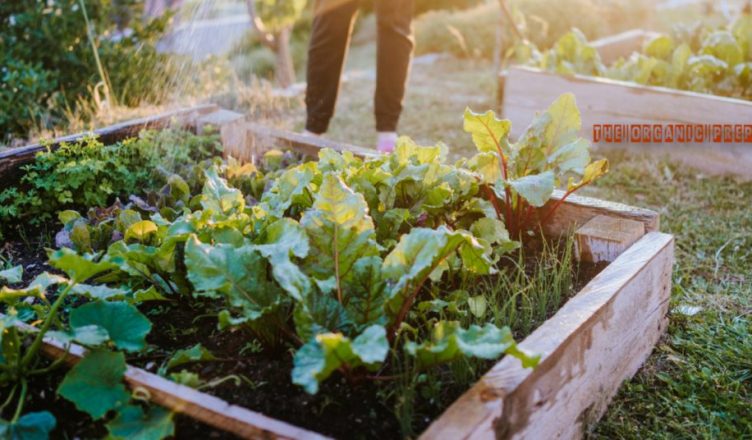 In these days of shortages and uncertainty, it’s wise to get as much as we can from our gardens. Every season has its benefits and limitations, and proper planning can increase yields exponentially. Knowing a few facts, such as what’s frost tolerant vs. frost sensitive, how long a given vegetable takes to mature, your planting zone, and frost & freeze dates, are all valuable pieces of the garden planning puzzle. In this article, I’ll discuss what can be done in the fall garden.

When do you plant a fall garden?

If you’re in one of the colder, shorter season areas as I am, the fall garden begins around mid-August and ends at the first hard freeze. In zone 5 and north, light frosts begin in September. The hard freeze, defined as temperatures in the 20s, comes around October 10 or even earlier further north. Gardens are done at that point, so your fall garden has to be harvested before then.

Bulbs such as garlic, onion, and any flowers must be planted 2-3 weeks before, so they’ve established enough growth to be ready for overwintering. I also made a wine cap mushroom bed from the remains of my container colony. As with alliums, planting 2-3 weeks before the freeze allows the mycelia to colonize and establish for overwintering. Winter sowing can be done in Fall as well. Check out this link for a quick winter sowing guide.

It’s possible to use season extenders, such as cold frames and coverings, to protect plants as nighttime temperatures fall into the 30s-40s F.

Another idea, courtesy of Laurie Neverman of Common Sense Homesteading, uses the humble milk jug and a cheap can of black spray paint. Paint your milk jug, then fill it with water and place it in your garden. During the day, the black jug will absorb heat, then release it at night. Combined with a simple sheet or light blanket cover, temperatures will be warm enough to keep your plants alive. This is a great way to get the last from your frost-sensitive plants, such as tomatoes and peppers.

What can be planted in a fall garden?

You’ll want shorter maturing, frost-tolerant items. Radishes and many greens, including lettuce, spinach, kale, Swiss chard, and arugula are all great choices. Peas prefer cool weather and take only four to six weeks to mature. Brassicas such as broccoli, cabbage, cauliflower, kale, and kohlrabi can be planted at the end of summer as well. Careful planning can yield two crops, but be careful to protect them from the local wildlife! Done this and been there. Few things mess up a garden worse than hungry wildlife!

If you’re down South in the warmer regions, you’ve got a longer growing season, but the principles are the same. I have a gardening friend down in Georgia, zone 7B/8A, who plants her alliums in mid-October.

She has to deal with much hotter summers than I do, and she plans and protects her garden accordingly. Longer maturing heat-loving items such as tomatoes take the full season to mature, but again, short-maturity crops, as noted above, can be planted.

(Do you know how to preserve what you grow? Check out our free QUICKSTART Guide to home canning to learn more.)

A cut-and-come-again garden, planned with frost/freeze in mind, is also a good option.

Remember, these can include both edible greens and herbs. While you’re at it, why not grow a few simple medicinals? Just in case it becomes difficult to get in to see a doctor. Besides, taking care of small things at home saves money. When I broke my leg in 2007, I went to a doctor. When I cut my finger deeply this summer, I went to my garden and picked some yarrow. Yarrow is a perennial that, once established, will come back year after year.

This site has a great detailed planting schedule, including lists of things that can be planted indoors vs. directly sown. The author also correctly points out that soil temperature is a factor here. While this site recommends 70F as the sweet spot, many gardeners here get started at 50. Be aware, however, that 48 isn’t good enough. If the soil is too cold, your seeds will rot. In this case, a lousy two degrees matters. Done this, been there.

Seed starting is an invaluable skill.

Doing so saves money all year, and you’re not stuck with whatever varieties you can find at your local garden center. Racks are easy to make. All that’s needed is shelving, lights, and a way to raise and lower the lights. I actually purchased mine used for $40!

By starting seeds indoors, you reduce the amount of time to maturity outdoors. This is also how second, and even third crops are possible. Starting seeds indoors is very common up here because there’s simply no way the longer maturing items, such as tomatoes, would ever be done in time if direct sown.

I start my tomatoes and peppers on April 1, when it’s still too cold outside, even for planting potatoes. I start my onions in January. One year I was all ready to plant my potatoes in mid-April. I was looking forward to a few hours in the garden after a long winter. We were hit with Blizzard Evelyn that weekend, which dropped three feet of snow. Planting was set back one month because soil temperatures were just too cold. My seedlings were safe indoors! This link gives a great calendar. Your local extension office can help with information specific to your area. Also, be sure to harden your plants before planting them.

Check out The OP’s recommendation for seeds here at Seeds for Generations. They even have a fall planting calculator that you can use for free.

So this is the fall garden!

By following the principles I’ve outlined, the fall garden can be quite productive. Again, those principles are:

If you’re new to gardening/prepping, we can help!

Check out our store where you’ll find a wealth of information on everything from home agriculture and mushroom growing to building a pantry on the cheap and prepping for pets. The time to start is NOW. There’s plenty you can do to ready yourself for hard times. Check it out, and good luck!

Do you have a fall garden? What did you plant and will you be planting more? What advice would you have to new fall gardeners?

No Yard? No Problem! You Can STILL Grow Food!