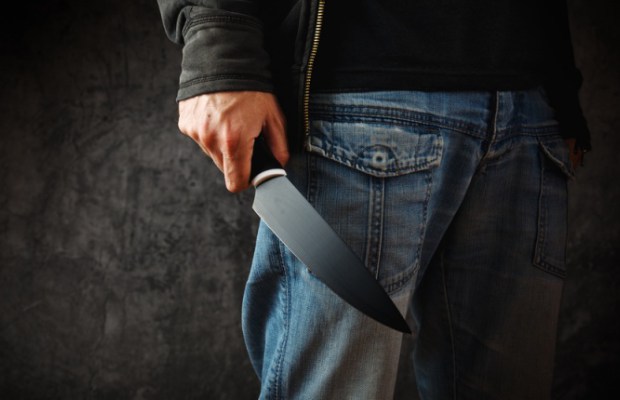 I am always being asked which is better for close quarters self-defense a gun or a knife. Both are deadly weapons if used properly but what is properly. At a close quarter’s range, which is conversational range, say about 10 to 15 feet, the main thing will be if the weapons are deployed or not. Whichever one is deployed first gives the user the advantage. For the shooter at this distance you can forget the textbook formal line up the front sight shooting techniques, they won’t work and for the person with the knife forget the Dojo sparing techniques. A lot would have to do with strategies, which seem never to be covered in formal firearms or self-defense training and then non-PC aggressive action!

Knives are excellent close quarter’s weapons and have a lot of advantages over guns, like being legal availability in most places for one. If traveling internationally 98% of the time you can’t take firearms but should be able to pick up a pocket knife at the end location. The tactical knife does not need to be a $200 + custom tactical blade, if you go to Wal-Mart you can get a paring knife that can be concealed and can slash and stab very well for under $10!

When dealing in Eastern Europe in the mid 90’s I was surprised to hear from several law enforcement sources that the gypsy kids trained with knives, were skilled and were a not to be taken lightly. While in West Africa last year we were running all out tactical drills including hostage rescue with machetes, where the bush was thick it was very easy to stealthy get within a striking distance of a target. The proper use of knives relies on speed, surprise and aggression.

So, on the street for argument sake, who would have the advantage, the person with the knife or the gun?