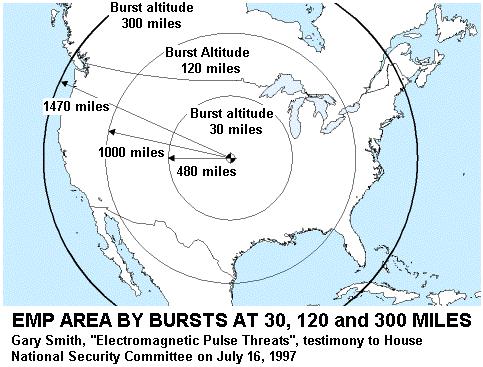 EMP warnings are everywhere. North Korea and China are two prime suspects. Do you know what the main threats of an EMP attack consist of. That information is right here at your finger tips.

The greatest threat to human survival, in the aftermath of an EMP attack, is the public’s availability to obtain clean drinking water. This access would be greatly imperiled. In 2010, when Haiti was hit by a major earthquake which killed over 200,000 people, the misery did not stop with the survivors.

Six weeks following the earthquake, Haiti announced its first cholera outbreak in over a century. The cholera outbreak went on to claim 8000 more lives. The disease thrives in places where there is insufficient water treatment, poor sanitation and inadequate hygiene. This is what precisely would happen in most areas following an EMP attack. Keeping drinking water clean and separate from human sewage and other contaminates would prove to be humanity’s biggest challenge. Cholera would also prove to be the biggest threat to long term survival. It is likely that in the 24 months following the event, that most people would succumb to cholera and other water-borne diseases.

Cholera is a horrible disease which grants its victims a very painful and agonizing death. In the 20th century, human lifespan in United States increased by 35 years. Thirty of those 35 years was due to improvements in sanitation. Following an EMP attack, effective sanitation would all but disappear.

The following interview between Dave Hodges and Bob Griswold could save your life, because Bob teaches you how to make the proper adaptations.

When it Hits the Fan Most Won’t Be Able to Take a Warm Shower… But Here’s How You Will.